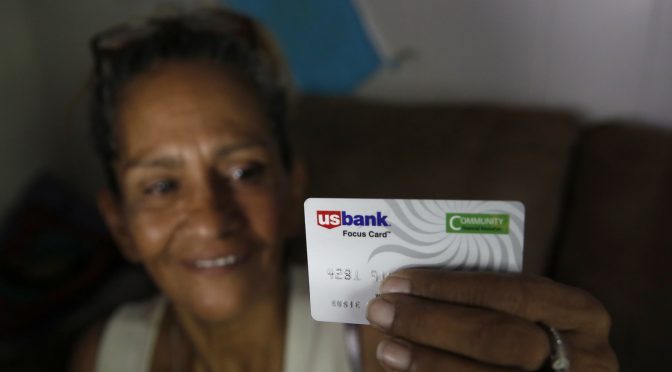 The road to hell, an old adage holds, is paved with good intentions. And it may be that the route to successfully implementing objectionable policies is forged by simply not naming them. It should come as no surprise that crises accelerate the adoption, or at least the consideration, of what were once borderline proposals.

But it will be a surprise to most that the introduction of such policies is underway, albeit via silent and seemingly innocuous policy elements.

by Kristoffer Mousten Hansen and Peter C. Earle via The American Institute for Economic Research

In an effort to offset the results of pandemic policies––not the effects of a virus, to be clear, but the effects of nonpharmaceutical interventions––the monetary and fiscal measures adopted by the federal government have been unprecedented. The massive jump in the money supply over the past year leaves little doubt that the spirit of Modern Monetary Theory (MMT) is reigning in Washington, D.C., even if it is not yet official doctrine.

Intellectuals (and politicians) in the MMT camp are in the midst of a full-bore media push: Books, interviews, and other promotional activities stream forth, all designed to gain a foothold in the public mindset for the latest inflationist doctrine.The hope is that the public mind absorbs and accepted the idea that greatly increasing the money supply doesn’t matter as long as the state can siphon off money through taxation if price inflation materializes.

History suggests that with repetition and a prominent place in the academy, that goal is readily achievable. From bus drivers to accountants to physicians, Americans seem to have accepted that consumption is the sole driver of economic growth and that the unconventional measures introduced by the Federal Reserve and by Congress are wholly benign.

The effects of treating the dollar as if it is exempt from the Law of Diminishing Marginal Utility ––downward-sloping demand curves––are already becoming apparent. The yield on the U.S. 10-year Treasury bond has risen from 0.60% to 1.60% in seven months…

…with the 5-year U.S. Treasury-TIPS spread expressing the market expectation that the average annual inflation (as measured by CPI) will reach 2.5% over the next five years. (It is no coincidence that, as the histogram on the bottom right shows, the most extreme value in over one year is coming just as the latest Covid-19 bill arrives on President Joe Biden’s desk.)

The current Covid-19 relief bill does not have explicit UBI provisions in place. It does, however, continue some of the existing programs put in place to offer financial assistance to Americans, as well as a spate of new allowances and tax credits, leading some to surmise that they are a strategic “waystation” of sorts which could, someday, facilitate a broader rollout of guaranteed income policies.

As The Wall Street Journal editorial board pointed out,

The federal enhanced weekly jobless benefit…will be extended through September 6th…Most unemployed workers will still make at least $600 per week when state benefits are included and as much as they did working. Democrats also exempted the first $10,200 in payments collected last year from federal taxes for households with less than $150,000 in income. This exemption will boost their value by up to 24% depending on a household’s income and tax bracket.

There are scores of others, including new refundable tax credits and other subsidies, all arriving just as vaccinations are accelerating and economic growth is off the lows of last year. Indeed, 67 economists polled by Bloomberg predicted that GDP would expand by 4.8% in 2021; the CBO estimates growth of 4.6%.

A handful of U.S. cities (including Richmond, Virginia, and St. Paul, Minnesota) have adopted pilot programs, with some 25 others (including Pittsburgh, Pennsylvania, and Oakland, California) either about to begin or plotting trial runs of guaranteed income programs. The further adoption of UBI-like (perhaps UBI-“lite”) policies should be alarming, as one of its explicit purposes is to smooth out the effects of business cycles and changes in technology on employment.

While these are high-minded goals, the opening for harmful policy implementations outweighs the purported goods. Even before the pandemic, there were labor shortages in certain sectors (construction and manufacturing among them). Unconditional government cash flows will at least perpetuate these indefinitely, if not exacerbate them.

The demonstrated collapse in thresholds for enacting nonpharmaceutical interventions, standing or contingent UBI schemes could lower the barrier further. To be sure, many policymakers put lockdowns, stay-at-home orders, and capacity limitations in place knowing full well that they would be destroying countless lives and livelihoods. But with the establishment of guaranteed income programs, the political justification for lockdowns and stay-at-home orders may well be broadened.

Ultimately the outbreak of any pathogen anywhere in the world––or the threat of any disaster, from terrorism to natural occurrences––could result in arbitrary, pendulum-like cycles of opening and closing businesses and social interactions regionally or nationwide.

All of these giveaways are designed to paper over the disastrous consequences of the destructive policies implemented over the last year and extend the tentacles of the welfare state even further into society through the stealth adoption of UBI.

The great enabler of this development is the Federal Reserve, as it seems willing to print whatever amount of money is needed to fulfill the spending wishes of Washington.

There can be no doubt as to its destructive consequences, as money creation siphons off real wealth from hardworking, productive individuals, creates distortions in relative prices, and rewards inefficient boondoggles and welfare clients. The only question is how long the Federal Reserve can keep up the pretense of not officially adopting MMT.

Inflationism is now the name of the game on Capitol Hill and in the Eccles Building.