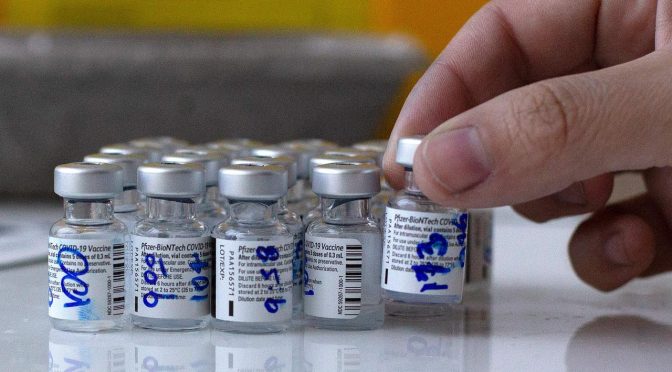 Gibraltar is a British Colony at the southern tip of the Iberian Peninsula attached to the country of Spain. It’s population is just over 30,000 people, and it is best known for its huge “rock,” the “Rock of Gibraltar.” Initial reports after Pfizer mRNA injections are dire and need to be known worldwide.

I have been contacted by residents in Gibraltar stating that 53 people have died in 10 days immediately following the roll out of injections of the Pfizer mRNA COVID injections, and calling it a “massacre.”

Local media reports confirm the deaths, but blame them on COVID, and not the COVID injections.

However, prior to the roll out of the injections, it is reported that only 16 people in total died “from COVID” since the beginning of the “pandemic” about a year ago.

In an effort to combat Big Pharma Corporate Media and Big Tech censorship, doctors around the world are frantically trying to warn the masses of the devastating effects of the experimental COVID vaccines about to be mass injected into the unsuspecting public assisted by military forces around the world.

What could possibly motivate these doctors, nurses, scientists, and other health professionals to make such an impassioned plea? What do they have to gain by taking the time to educate the public on the hidden dangers of a new class of vaccine about to be inflicted upon the citizens of countries around the world?

They have NOTHING TO GAIN, and much to lose, including their careers, and possibly even their lives.

So why are they doing this? Why are these doctors and professionals being censored so much if the new COVID vaccines are in fact “safe and effective”? What is it that the media and the government are hiding that they don’t want the public to know?

They are doing this because they are doctors and scientists who actually understand the REAL science here, and who know the devastating potential consequences of those who choose to get this very toxic and dangerous vaccine, and they are trying to save as many people as possible from the carnage this vaccine is going to cause, which will include DEATH, brain injuries, life-long autoimmune disease, infertility, and more.