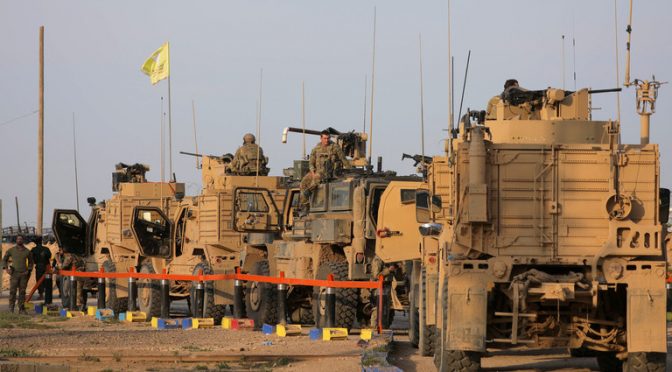 The Syrian Minister of Oil and Mineral Resources, Bassam Tohme, said on Thursday, that the total losses in the direct and indirect oil sector in Syria have exceeded $92 billion (USD).

The Syrian minister said in statements to the state-owned Al-Ikhbariya TV channel (and subsequently translated in Iranian state media), that the areas under the control of the US and their allied forces contain more than 90% of the oil reserves of Syria.

He stated that “the Americans and their followers act as pirates in targeting the Syrian oil wealth and the ships of supplies to it.”

Tohme said that the US was deliberately preventing the Syrian government from benefiting from the oil reserves inside the country.

The oil minister added that the Syrian waters are “qualified in terms of oil reserves, but what distinguishes exploration contracts is that they are expensive and are long term,” pointing out that “there is a promising oil future in those waters, and the matter needs calm and stable logistical conditions.”

The US military and their allies from the Syrian Democratic Forces (SDF) currently control the Al-Umar Oil Fields, the largest oil fields in Syria, which they captured from the Islamic State (ISIS/ISIL/IS/Daesh) during the eastern Euphrates campaign.

Making matters worse, Syria is currently witnessing a gas crisis, following a new spike in prices for Octane 90 and Octane 95.