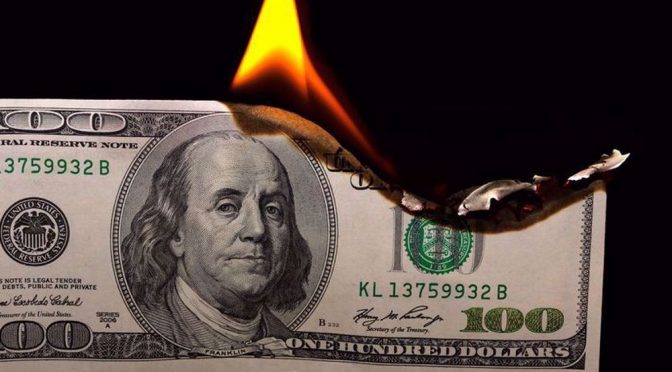 Russia and China need to work to further reduce their dependence on the dollar and switch to national currencies for trade in order to alleviate the risks of US sanctions, says Russia’s top diplomat.

In an interview with Chinese media, Russian Foreign Minister Sergey Lavrov said that Moscow and Beijing “need to move away from the use of Western-controlled international payment systems.”

“We need to reduce sanctions risks by strengthening our technological independence, by switching to payments in national currencies and in world currencies, alternative to the dollar,” he added.

Lavrov said Washington and its Western allies are no longer capable of using classical diplomacy, so they resort to sanctions on the international arena.

“They are promoting their ideologized agenda aimed at maintaining their dominance by holding back the development of other countries.”

“This policy runs counter to the objective trend and, as it was customary to say, is ‘on the wrong side of history.’ The historical process will still take its toll,” he added.

Speaker of the Russian State Duma Vyacheslav Volodin said earlier this month that Moscow was gradually reducing the share of the US dollar in its economy and foreign exchange reserves.

President Vladimir Putin and his Chinese counterpart Xi Jinping set the goal of becoming less dependent on the US currency in 2019 and quickly started implementing it.

In the first quarter of 2020, the dollar’s share of trade between the two countries fell below 50 percent for the first time on record.

Lavrov said further that Moscow supports the idea of forming a broad coalition of countries that would stand against the US sanctions.

Any initiatives geared against such an illegitimate instrument “deserve all possible support,” the diplomat said.

The US has imposed more than 90 rounds of sanctions on Russia in recent years. The measures targeted state banks and corporations, the oil and gas sector as well as top officials and business tycoons.

Furthermore, Lavrov said that the Joe Biden administration was sticking to the same sanctions policy as his predecessor, Donald Trump.

The new US administration is expected to impose fresh sanctions on Moscow over alleged interference in the 2020 US presidential election.

Last week, Biden authorized the release of a 15-page declassified report, which accuses Putin of having likely directed efforts to manipulate the US election to benefit the then-incumbent president and Republican candidate Donald Trump.

His administration has already imposed sanctions against Moscow over the imprisonment and alleged poisoning of Russian opposition figure Alexey Navalny.

“This [sanctions] approach has, unfortunately, taken root in the US,” Lavrov said.

Lavrov said that the sanctions policy started with the administration of Barack Obama and continued for four years under Trump.

“Now we are seeing the same ‘instincts’ demonstrated by the new US administration.”

Relations between the US and Russia remain strained over several issues, including Syria, Ukraine and allegations of Russian interference in US presidential elections.

In an interview on Tuesday, Biden called Putin a “killer,” and said the Russian president would have to “pay a price” for alleged interference in the 2020 US election.

Russia recalled its US ambassador to Moscow over Biden’s remarks, which, according to Putin’s spokesman Dmitry Peskov, are an indication that the US president has no interest in fixing ties with Moscow.