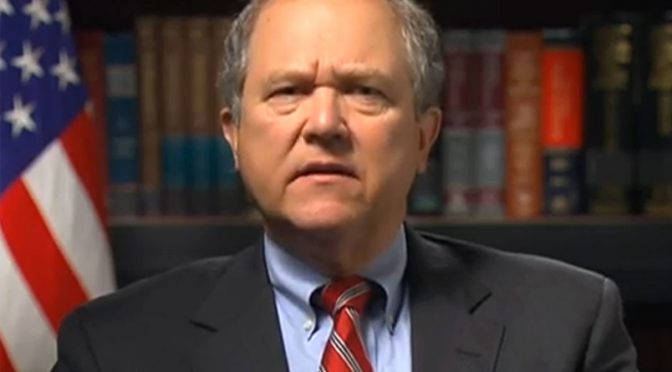 The U.S.-created and supported government of Afghanistan is on the brink of collapse. It has lost all credibility with its people because of its incompetence and unbelievable corruption. If U.S. military aid and the enormous inputs of international aid were to be withdrawn, the Taliban would be at the gates of Kabul and poised to take over the entire country in a matter of days.

Since President George W. Bush idiotically proclaimed the goal of creating a modern, progressive, pro-Western, stable, democratic state in Central Asia from scratch 20 years ago, the United States has poured $143 billion into Afghanistan reconstruction. And it has all been wasted.

Today, the biggest factor destroying the credibility of the Afghanistan government among its own people is not the attacks and military opposition of the insurgent Taliban: It is the U.S.-dominated and directed international aid which has totally undermined and discredited the very government it is supposed to support.

These elementary truths have been repeatedly pointed out by outspoken critics of the disastrous U.S. military misadventure in Afghanistan over the past two decades. I and many other contributors to this platform have repeatedly made them. But on March 10, they were all stated – clearly and unequivocally – by the most senior U.S. government official charged with monitoring the war effort in that unhappy Central Asian nation, Special Inspector General for Afghanistan Reconstruction (SIGAR) John Sopko himself.

On March 10, Sopko made these very points on the record in prepared remarks delivered at the Center for Strategic and International Studies (CSIS) in Washington, DC. He warned that U.S. and international aid is the biggest factor in wrecking it by generating uncontrolled corruption and making that stink in the eyes of the Afghan people.

“(I)nternational donors have, in their own self-interest, entered into a devil’s bargain with successive Afghan governments to provide enormous amounts of financial assistance that paradoxically may end up undermining the entire military and reconstruction effort,” Sopko stated.

“As SIGAR has long reported, foreign assistance has distorted the Afghan economy and exacerbated the corruption problem,” he said.

As a result, “Afghanistan’s endemic corruption provides oxygen to the insurgency and undermines the Afghan state,” Sopko warned.

Nor is this ghastly paradox a sudden or unexpected development, Sopko recalled.

“Back in 2014, former ISAF (NATO’s International Security Assistance Force in Afghanistan) Commanding General John Allen was not hyperbolic when he told Congress that corruption, not the Taliban, was the existential threat to the Afghan government,” the SIGAR chief said

Therefore not only have the Americans generated their own corruption and wrecked their own strategy in Afghanistan: But a very senior U.S. official charged with monitoring these issues has admitted it.

Largely as a direct consequence of these developments,

“the Defense Department no longer considers the long-held goal of a financially self-sustaining Afghan security force by 2024 to be realistic,” Sopko said.

The Afghan government cannot even effectively manage the money it currently receives from international donors, especially to finance its security forces and the U.S. government believes it will not even be able to operate a state-of-the-art payroll system that the United States supplied for several years to come, the Inspector General continued.

“The U.S. military believes the Afghan government may be several years away from being able to take over ownership, management, and sustainment of the $50 million payroll system used to ensure that the U.S. taxpayer is not paying for Afghan ‘ghost’ soldiers who exist only on paper and that military and police salaries do not end up in the pockets of corrupt officials,” he said.

If the goal of the U.S.-led reconstruction effort was to build a strong, stable, self-reliant Afghan state that could protect U.S. national security interests as well as its own, it has clearly failed, Sopko admitted.

“If foreign assistance is withdrawn, Taliban forces could be at the gates of Kabul in short order,” he said.

“Creating an Afghan state is a mission yet to be accomplished and may be impossible to do: It may prove to be ‘a bridge too far,’” Sopko said in additional, unscripted comments to his podcast presentation on March 10. “The goal of creating a self sustaining Afghan armed forces by 2024 is impossible and cannot be achieved.”

Sopko, therefore, concluded that he believed a corrupt, narcotic fueled Afghan state would never be a reliable partner able to protect itself or the interests of the United States and other donors.

Over the past 20 years, the U.S. national security establishment, virtually all members of the Senate and House of Representatives from both parties and the two term George W. Bush and Obama administrations flatly refused to acknowledge these bleak realities. All these forces rose up in united, self-righteous rage to block President Donald Trump’s tentative efforts to acknowledge reality and withdraw all U.S. forces from Afghanistan at last.

Will the Biden administration remain equally deaf to this latest devastating assessment from the government’s own Special Inspector General?

We shall soon see.

One thought on “Senior U.S. Official Acknowledges Washington Has Spent $143 Billion to Destroy Its Own Gov’t in Afghanistan”