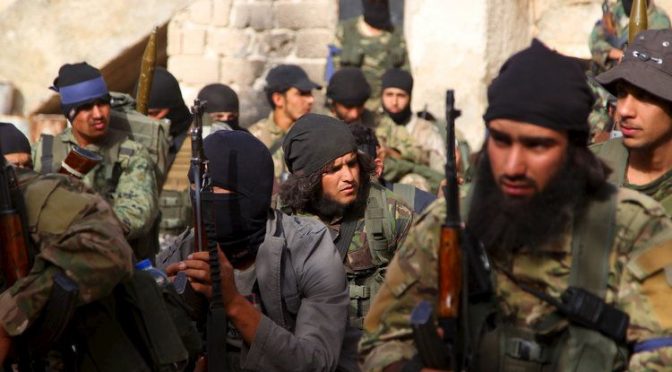 The Western press commemorated the ten years of war against Syria by echoing over and over its version of events, according to which we have been witnesses to a revolt against the Alawite dictatorship of “Bashar” (read President al-Assad). A despot who purportedly practices widespread torture and is thus responsible for the death of half a million of his fellow citizens.

The plethora of articles written to this effect are based on testimonies from “Democrats” who fled to Idlib.

What is happening in Syria is identical to what is happening in Afghanistan, Iraq, Libya and Yemen, which have not in a long time had a leader who can be accused of being a dictator. The real cause of their collapse is to be found outside their borders: it has nothing to do with civil war, but with the Rumsfeld/Cebrowski plan, dubbed as “endless war” by President George W. Bush.

Syria is not an Alawite dictatorship, but a Baathist Republic. While one may deride the party’s rigidity, its secular character and central role in the country are undeniable.

Torture is mainly perpetrated by the jihadists. It was practiced by Syria in the 1950s when the United States and the United Kingdom backed the coup d’etat of Adib Shishakli. At the time, NATO dispatched SS-member Alois Brunner to train the Syrian secret service, which as a result adopted the cruel methods of the Nazis. Hafez al-Assad did not rise to power until 1971, upon which he dismissed Brunner but kept the officers trained by him. When Bashar al-Assad became president in 2000, he had Brunner imprisoned and imposed a strict ban on torture. At the start of the war in 2011, some officials were independently engaged in torture. They were all removed from their posts and prosecuted. Most of them fled and were granted asylum in Europe. Some are currently on trial in Germany.

President Bashar al-Assad is in no way responsible for the deaths of his fellow citizens, whom he has consistently defended. On the contrary, it is the United States, the United Kingdom and France, which have supported the jihadists militarily and financially, who are responsible for them.

Today the Syrian Arab Republic is divided into three. Beyond the liberated territory, a small part in the northeast is occupied by the United States and its Kurdish mercenaries; in the northwest, the Idlib governorate is occupied by Al-Qaeda, locally known under the name of Hay’at Tahrir al-Sham (Levant Liberation Organization – HTS). The population of Idlib is estimated by the West to be several million; in reality it is unlikely to exceed 100,000. This Islamic Emirate is protected by the Turkish army. It is not possible to talk about democracy there without being beheaded. In the circumstances, the reports of the Western press can only be pure fabrications.

In recent weeks, Hay’at Tahrir al-Sham has received instructions from Washington not to step up its operations against the Syrian Arab Republic, but to mount attacks in Moscow. For that purpose, it has just released the Uzbek jihadist Sirajuddin Mukhtarov (known as “Abu Salah al-Uzbeki”) [photo], whom it had arrested nine months ago when it was fighting Abu Mohamad al-Julani. Mukhtarov was the perpetrator of the St. Petersburg metro bombing in 2017 (15 dead). He is now training suicide squads to operate in Russia.