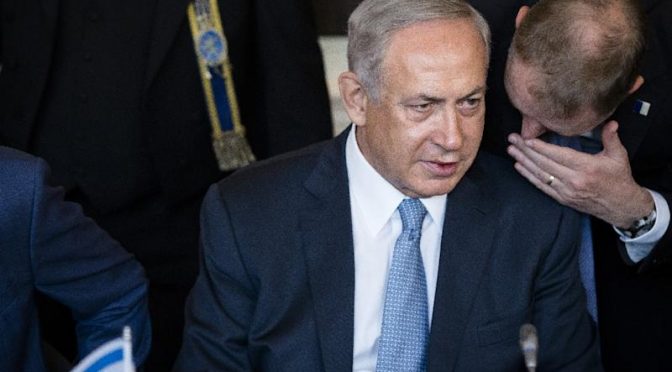 The Israeli occupation of Palestine has taken an ugly turn, as numerous Palestinian families are slated to be evicted from their homes in the East Jerusalem neighborhood of Sheikh Jarrah by fanatical Jewish settlers.

The outright theft of Palestinian homes and property by predatory Zionist vultures has provoked widespread protests and violence in the revered city.  Heavily armed Israeli police forces have intervened to protect the settlers.  Hundreds of Palestinians have been injured on the grounds of the nearby Al-Aqsa Mosque.  The necessity of defending Jerusalem and one of the holiest sites in Islam is a deeply held conviction for many of the world’s 1.9 billion Muslims.

By slowly encircling Al-Aqsa and allowing property expropriations in East Jerusalem, Israel is playing with fire.  It should be recalled that the notorious Arab murderer Ariel Sharon invaded Haram al Sharif surrounded by hundreds of armed police, igniting the second Palestinian Intifada on September 28, 2000.  The revolt became known as Al-Aqsa Intifada.

The legality of the evictions will be decided by Israel’s Supreme Court.  Palestinians have only a slim chance of prevailing in this venue.  Israel is legally structured as an apartheid state. Palestinian Arabs living within the pre-1967 borders of Israel may attain citizenship.  However, the crucial designation in the state of Israel is nationality.  Declaring itself to be a Jewish state, Israel gives legal and property rights to those who have Jewish nationality that are denied to those with Arab nationality.  Palestinians living in the post-1967 “Occupied Territories” of the West Bank, East Jerusalem, and the Gaza Strip have no rights as an occupied people in the eyes of Israel’s leaders.  They are denationalized and have no citizenship or property rights.

Palestinians living under Israeli occupation do have rights under international law as articulated in the Hague Regulations of 1907 and Article 2 of the Geneva Conventions of 1949.  These conventions prohibit the Zionist occupying power from forcefully displacing them and seizing their land.

But Israel is contemptuous of international law.  Successive Israeli regimes have continued to build Jewish settlements in territories occupied after 1967 in direct defiance of international conventions, arguing the confiscation of land is a “military necessity” needed for state security.

The families living in Sheikh Jarrah are refugees from the 1948 Nakba, or catastrophe, that saw 700,000 Palestinians driven from their land at the point of a gun.  The state of Israel officially denies the existence of “refugees” from the Arab/Israeli wars of 1948 and 1967, not to mention those who fled their homes as the result of massacres at villages such as Deir Yassin.

Deir Yassin was a peaceful village attacked by Zionist para-military terror groups on April 9, 1948.  The Irgun and Lehi groups murdered 107 unarmed men, women, and children, provoking a mass exodus of Palestinians living in nearby communities.

The ethnic cleansing of Palestine was deliberately planned and executed by David Ben Gurion and the Zionist leadership of the nascent state of Israel during its “War of Independence” in 1948.  This was evidenced by “Plan Dalet,” the Zionist strategy of de-Arabization of Palestinian towns, villages, and cities.

By denying refugee status, Israel disavows Palestinian demands for ‘right of return’ to their homes and/or ‘compensation’ for property and land that was stolen from them.

Information about Sheikh Jarrah is censored by the Western media.  Google, Facebook, and Instagram have deleted content of Palestinian activists who decried the evictions taking place in East Jerusalem.

Predictably, Western governments, led by the United States and countries in the European Union, are calling for restraint.  Such sentiments are echoed by UN representatives.  They are hollow.  No Western government will challenge Israel with more than tepid rhetorical admonitions.

The settler movement in Jerusalem and the West Bank of the Jordan River is a calculated attempt to render the “two-state” solution to the Palestinian problem obsolete by extending Jewish sovereignty to all but a group of isolated cantons governed by the corrupt Palestinian Authority of Mahmoud Abbas.

During his tenure as a cabinet member in the regime of Menachem Begin during the 1970s and Prime Minister from 2001 to 2006, Ariel Sharon pursued a deliberate policy of creating facts on the ground to foreclose possibility of a two-state solution by expanding settlements in the Occupied Territories.

The interpenetration of Jewish and Arab inhabitants of Israel and the Occupied Territories points to a “One-State Solution” to the conflict for many peace advocates.  Apartheid must yield to democracy.  Israel will never accept such a solution.

The Zionist project is a colonial undertaking.  At its core is the creation of an expansionist, exclusivist Jewish state. Expansionism can only be achieved by Judaization of Occupied Palestine.  This entails an unrelenting project of violence, subjugation, and ethnic cleansing.

The Zionist project is over 100 years old and predates the Balfour Declaration of 1917.  The British were the first benefactors of the Zionist movement.  The Americans are its second.  Without British and U.S. imperialism, Israel would not exist.  The defeat of Zionism rests upon the defeat of imperialism.  The struggle to free Palestine is intimately linked to the struggle against U.S. empire.

The clashes in Sheikh Jarrah have erupted after years of oppression and dispossession.  Should a third Palestinian Intifada burst forth, its success or failure will be determined by the level of support it receives from regional allies and the international solidarity movement.  Tear gas and rubber bullets being used to repress protesters in the streets of East Jerusalem bear the following trade mark: “Made in the USA.”  Ultimately, a central component of the struggle to free Palestine will be made in the USA.  Should that struggle fail, disaster awaits the peoples of the Middle East and beyond.

Donald Monaco is a political analyst who lives in Brooklyn, New York.  He received his Master’s Degree in Education from the State University of New York at Buffalo in 1979 and was radicalized by the Vietnam War.  He writes from an anti-imperialist, anti-capitalist perspective.  His recent book is titled, The Politics ofTerrorism, and is available at amazon.com.

One thought on “The Ethnic Cleansing of Jerusalem”