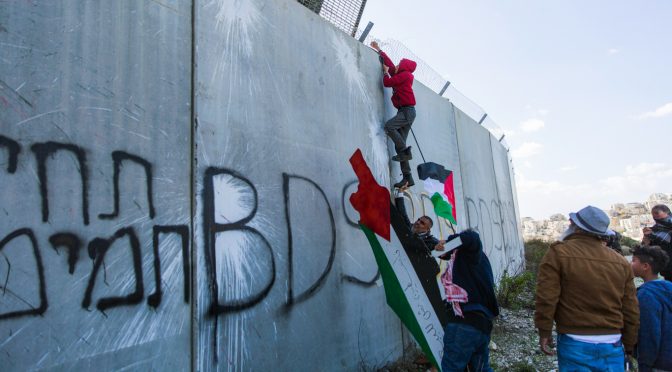 In the 45 years since launching the Palestine Human Rights Campaign, I’ve witnessed more tragic wars than I can care to count and defended Palestinians against more heinous crimes than I can bear to list. During all this time, we’ve had American supporters who have embraced the cause of Palestinian rights and supported our calls for justice.  But never have I witnessed the sea ​of change in opinion and its impact on the policy debate that is now taking place.

Five decades ago, there were a handful of members of Congress who would courageously speak out and there were some Christian churches, peace and civil rights leaders, and small progressive Jewish groups who would endorse our appeals for Palestinian human rights. For their efforts, they, like us, were subjected to intimidation seeking to silence their voices or punish their advocacy.

Change began with the first Intifada​, as national television broadcast Israeli troops firing on stone-throwing Palestinian youth, ​and the horror that greeted Yitzhak Rabin’s orders to his soldiers to break the bones of the young protesters. Building on this shifting opinion, Jesse Jackson elevated the issue of justice for Palestinians during his 1988 presidential campaign. That year, we succeeded in having the issue debated, for the first time, from the podium of the Democratic convention.

After the Madrid Peace Conference and the Oslo Accords, there was another observable shift in US opinion. On closer examination, however, the change was largely on the Democratic side. President Bill Clinton and the Democrats backed the “Oslo process”, while Republicans, whose party had increasingly come under the influence of the right-wing Christians and Reagan-era neo-conservatives, embraced a hardline pro-Israel stance. Since then, this partisan divide has continued to widen.

As a review of current polling makes clear, this partisan split increasingly masks America’s very real demographic divide on a range of domestic and foreign policyconcerns. On the Democratic side, the largest component group of voters are Blacks, Latinos, Asian-American, millennials and college-educated women. While on the Republican side​, over 40 per cent of their voters are White, older, less than college-educated ​or “born again” Christians Their respective views on Israel/Palestine are mirror images of one another.

Polls now show that the majority of Democratic voters hold deeply unfavourable views of Benjamin Netanyahu, oppose many Israeli policies, and favour conditioning US aid to Israel based on their treatment of Palestinians. Not only have attitudes changed, but progressive Jewish groups and organised Arab Americans have been empowered by this new political environment and have been engaging their elected officials. This has emboldened members of Congress to speak out. In response to both Israel’s recent policies in Jerusalem and the bombardment of Gaza, this split is having an impact in Congress.

The result: For the first time in thirty years​, a dozen members took to floor of Congress to denounce Israeli efforts to evict Palestinians from their Jerusalem homes and the killings of civilians in Gaza; more than one-half of the Democratic Senate caucus has called for an immediate Israel-Hamas ceasefire; and progressives in the House are calling on the president to stop a proposed US arms’ sale to Israel. Also noteworthy has been the muted responses of normally pro-Israel Democratic Senators and Representatives. They know where their base voters are on this issue and they, therefore, are treading carefully.

The US press has given extensive coverage to this development. I was so proud to see a New York Times front page story open with the sentence “In 1988, when James Zogby…pushed Democrats to include mention of Palestinian sovereignty in their platform they responded with a clear warning… ‘If the P-word is even in the platform, all hell will break loose.’” The article goes on to note how the issue we raised and lost back then, is now centre stage in the policy debate.

That’s the good news. More sobering is the fact, as I noted in the same story​, “The base of the party is in a very different place than where the party establishment is.” We haven’t won this policy debate, not by a long shot. But what’s new and important is that we’re forcing a debate. And that’s the first step on the road to change.