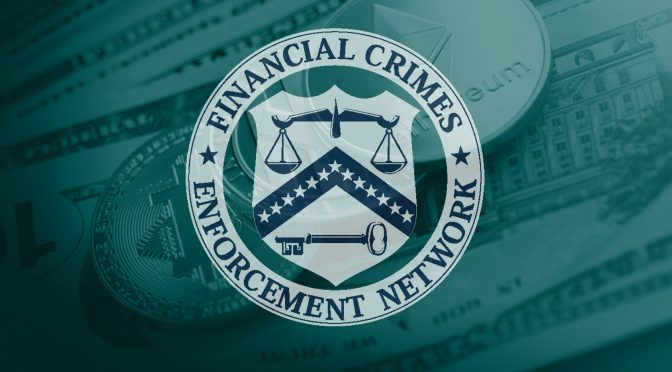 Washington is about to control the data of all financial transactions in the world. With the objective of combating financial crimes, the American government is about to pass a law that greatly expands the inspection power of financial regulatory agencies, which will have the freedom to use new technologies that allow them to supervise operations outside American territory.

In practice, this could create a scenario of global data enforcement, in which all individuals and organizations would be subject to US agencies.

In early 2021, the US Congress overturned the presidential veto on a last year’s bill that called for new measures to combat money laundering. This law provides new technologies and financial resources to FinCen (Financial Crimes Enforcement Network), an agency under the US Department of the Treasury, which regulates and monitors suspicious financial transactions globally.

The project has corporate transparency at its core, which requires all companies to reveal their owners and beneficiaries in the new FinCEN registry, creating a comprehensive data control system.

If this project is put into practice, events such as massive data leaks, as happened last year, could become more and more common. In 2020, FinCen unveiled more than 2,000 money laundering financial transaction documents across multiple countries. In all, illegal transactions amounted to 2 trillion dollars.

While the benefit of uncovering illicit schemes is positive, the invasive US policy to monitor transactions in other countries can be a major problem and a real attack on the sovereignty of countries where there are supposedly happening illegal transactions.

Last year, FinCen managed to reveal illegal transactions in more than 3,000 financial organizations in the UK, as well as banks in the UAE and Germany, among others. The practice of violating jurisdictions to incriminate bank users and impose new sanctions can be truly dangerous and cause great legal uncertainty in countries monitored by Washington.

Still, with these new measures, the American agency will receive much more resources and it is speculated that it will acquire practically unlimited power, “invading” any country to “regulate” financial transactions.

However, it should be noted that currently the focus of American policy to combat money laundering is the control of the cryptocurrency market. The reasons for this are obvious.

Cryptocurrencies are an extremely difficult financial mechanism to control and allow virtually any transaction to be carried out by anyone anywhere in the world, from simple individual applications to massive funding of terrorist organizations. Gaining control over the electronic currency market is a challenge for any sovereign national state today, but this obviously does not justify measures that violate the jurisdiction of other states.

The cryptocurrency market is currently valued at 1.5 trillion dollars, which motivates Washington to try to impose a strict framework for these assets, considering that the absence of adequate supervision over the circulation of electronic currencies allows the creation of new and more complex forms of money laundering, increasing financial crimes and threatening the financial well-being of businesses and individuals.

Recently, the first US government interdepartmental meeting on cryptocurrencies took place. Officials from the Office of the Comptroller of the Currency, the Federal Reserve and the Federal Deposit Insurance Corporation discussed joint strategies regarding cryptocurrencies, elevating the topic to a national security issue under strict control of the US state.

Late last year, FinCen tried to impose strict measures on cryptocurrencies, proposing to force cryptocurrency traders and digital wallets to collect personal information from users. Given the impact that such a measure could have on various financial sectors, Biden interrupted the procedures for implementing the proposal in his first days in power, but the topic remained extremely strong and forced the White House to resume the discussion.

Now, the matter is being addressed from the perspective of combating financial crimes and money laundering, which will likely motivate the Biden government to authorize the measures previously proposed.

In short, the US is developing a strategy to combat financial crimes that consists of granting FinCen unlimited powers and a large number of resources for investments in new technologies, which will allow the agency to comprehensively oversee financial transactions carried out across the planet, without any respect for the sovereignty and jurisdiction of States.

In addition, FinCen’s new focus will be the control of transactions in cryptocurrencies, which raises even more concerns about how the method of investigation and inspection will take place, considering that the virtual and dynamic flow of these assets will certainly demand even more invasive measures on the part of the American agency for data collection.

Although there is great concern regarding the sovereignty of countries that will be harmed by US inspections, the new measures to combat financial crimes will certainly have a profound impact on the global economy itself. In order to identify some criminal transactions, US authorities will collect data from millions of people and companies, breaking privacy principles and harming lawful businesses.

As far as financial crime is concerned, the result will be the development of more complex and confidential forms of money laundering and illegal transactions, while lawful operations will be the most affected.

Lucas Leiroz is a research fellow in international law at the Federal University of Rio de Janeiro.