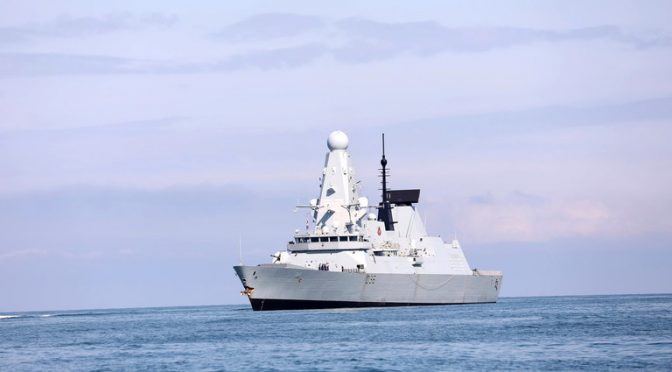 MOSCOW, June 30. /TASS/. The incident with the British guided missile destroyer Defender off Crimea was a clear provocation, Russian President Vladimir Putin said during his annual Q&A session on Wednesday.

“This is, of course, a provocation, which is absolutely clear. What did these provocateurs want to show and what goals did they seek to achieve? First of all, it [the provocation] was comprehensive and was staged not only by the British but also by the Americans because the British warship ventured into our territorial waters in the afternoon while early in the morning, at 07:30, a US strategic reconnaissance plane took off from a NATO airfield in Greece, from Crete, I believe. I later received a report on that. We saw and observed it clearly,” the Russian leader said.

“It was obvious that the destroyer intruded in pursuit of military aims, trying to find out with the help of a reconnaissance plane what our armed forces’ countermeasures to this sort of provocations might be, to see what facilities are activated, where they are located and how they work. We did see that and knew that, so we disclosed only the information that we found appropriate,” Putin said.

“Possibly, I’ve blabbed out a secret, my apologies to the military,” Putin added.

He stressed that the British destroyer ventured into Russia’s territorial waters in daytime, while early in the morning, at 07:30, a US strategic reconnaissance plane took off from one of NATO’s airbases in Greece, on Crete.

Russia’s Defense Ministry reported on June 23 that the Black Sea Fleet jointly with the border guards of the Federal Security Service (FSB) halted a violation of the state border by the UK Navy’s guided missile destroyer Defender off Crimea’s Fiolent Cape.

The British warship ventured three kilometers into the Russian territorial waters. A Russian guard ship fired warning shots while a Su-24M bomber dropped bombs in the UK warship’s path to chase it out of Crimean waters.

The Russian Defense Ministry slammed the UK destroyer’s operations as a gross violation of the UN Convention on the Law of the Sea and urged the British side to investigate the warship crew’s actions. Tass.com

However, apparently casting doubt on NATO’s ‘Article V’ collective defense pact, the Russian leader claimed that, even if Moscow had sunk the vessel, it wouldn’t have led to World War III, because the “provocateurs” know they wouldn’t be able to win.

“Even if we had sunk that ship, it would still be hard to imagine that the world would be on the brink of World War III,” the president said. “Because those who are doing this know that they can’t get out of this war victorious. That’s a very important thing.”