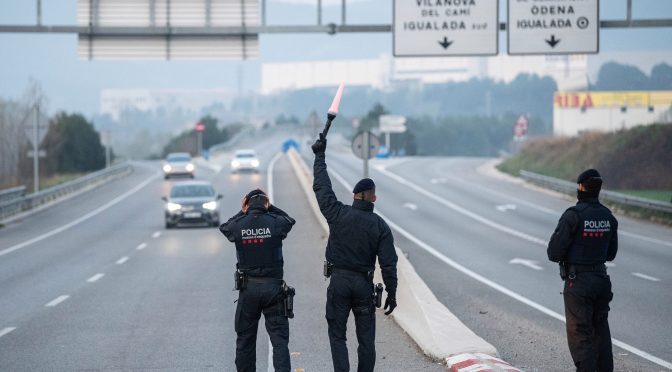 Spain’s top court has ruled that the country’s national COVID-19 lockdown was unconstitutional following a lawsuit filed by the populist Vox party.

“While leaving intact most of the state of emergency’s terms, the court said that the key articles ordering the population off the streets except for shorts trips for shopping and unavoidable commutes for work and other official business were unconstitutional,” reports the Associated Press.

“According to TVE, the ruling said that the limitations on movement violated citizens´ basic rights and therefore the state of emergency was insufficient to give them constitutional backing. The six magistrates said that a state of exception, which does allow the government to suspend basic rights, would have been necessary.”

During the first six weeks of the lockdown, stay at home measures were so strict that Spaniards weren’t even allowed to go outside to exercise or walk their dogs.

In one case, police were called after a neighbor spotted two brothers playing soccer in their own back yard.

As we previously highlighted, Spain’s lockdown laws were so draconian that at one point authorities briefly told citizens that wearing masks while swimming in the sea was mandatory.

For many months during hot weather, wearing masks in every outdoor setting, even on beaches, was compulsory.

People were also issued fines of €2,000 euros for “disrespecting” a police officer during lockdown.

Numerous instances of police beating people for not wearing masks also emerged, while protesters at one point freed a woman from police arrest while cops were trying to handcuff her for not wearing a face covering.

Early on during the first lockdown, police helicopters fitted with loudspeakers were also used to aggressively order beachgoers to go home.

The Spanish government many now face multiple lawsuits as a result of the lockdown being declared unlawful.