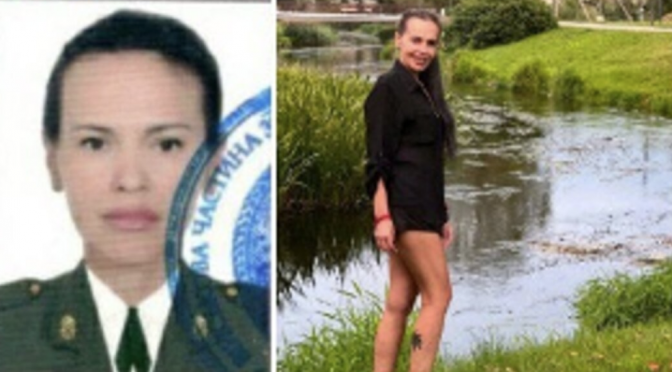 Six months after the start of the Special Military Operation (SMO) by Russia in Ukraine, the geopolitical tectonic plates of the 21st century have been dislocated at astonishing speed and depth – with immense historical repercussions already at hand. To paraphrase T.S. Eliot, this is the way the (new) world begins, not with a whimper but a bang.

The vile assassination of Darya Dugina – de facto terrorism at the gates of Moscow – may have fatefully coincided with the six-month intersection point, but that won’t change the dynamics of the current, work-in-progress historical drive.

The FSB may have cracked the case in a little over 24 hours, designating the perpetrator as a neo-Nazi Azov operative instrumentalized by the SBU, itself a mere tool of the CIA/MI6 combo de facto ruling Kiev.

The Azov operative is just a patsy. The FSB will never reveal in public the intel it has amassed on those that issued the orders – and how they will be dealt with.

One Ilya Ponomaryov, an anti-Kremlin minor character granted Ukrainian citizenship, boasted he was in contact with the outfit that prepared the hit on the Dugin family. No one took him seriously.

What’s manifestly serious is how oligarchy-connected organized crime factions in Russia would have a motive to eliminate Dugin as a Christian Orthodox nationalist philosopher who, according to them, may have influenced the Kremlin’s pivot to Asia (he didn’t).

But most of all, these organized crime factions blamed Dugin for a concerted Kremlin offensive against the disproportional power of Jewish oligarchs in Russia. So these actors would have the motive and the local base/intel to mount such a coup.

If that’s the case that spells out a Mossad operation – in many aspects a more solid proposition than CIA/MI6. What’s certain is that the FSB will keep their cards very close to their chest – and retribution will be swift, precise and invisible.

The straw that broke the camel’s back

Instead of delivering a serious blow to Russia in relation to the dynamics of the SMO, the assassination of Darya Dugina only exposed the perpetrators as tawdry operatives of a Moronic Murder Inc.

An IED cannot kill a philosopher – or his daughter. In an essential essay Dugin himself explained how the real war – Russia against the collective West led by the United States – is a war of ideas. And an existential war.

Dugin – correctly – defines the US as a “thalassocracy”, heir to “Britannia rules the waves”; yet now the geopolitical tectonic plates are spelling out a new order: The Return of the Heartland.

Putin himself first spelled it out at the Munich Security Conference in 2007. Xi Jinping started to make it happen when he launched the New Silk Roads in 2013. The Empire struck back with Maidan in 2014. Russia counter-attacked coming to the aid of Syria in 2015.

The Empire doubled down on Ukraine, with NATO weaponizing it non-stop for eight years. At the end of 2021, Moscow invited Washington for a serious dialogue on “indivisibility of security” in Europe. That was dismissed with a non-response response.

Moscow took no time to confirm a trifecta was in the works: an imminent Kiev blitzkrieg against Donbass; Ukraine flirting with acquiring nuclear weapons; and the work of US bioweapon labs. That was the straw that broke the New Silk Road camel’s back.

A consistent analysis of Putin’s public interventions these past few months reveals that the Kremlin – as well as Security Council Yoda Nikolai Patrushev – fully realize how the politico/media goons and shock troops of the collective West are dictated by the rulers of what Michael Hudson defines as the FIRE system (financialization, insurance, real estate), a de facto banking Mafia.

As a direct consequence, they also realize how collective West public opinion is absolutely clueless, Plato cave-style, of their total captivity by the FIRE rulers, who cannot possibly tolerate any alternative narrative.

So Putin, Patrushev, Medvedev will never presume that a senile teleprompter reader in the White House or a cokehead comedian in Kiev “rule” anything. The sinister Great Reset impersonator of a Bond villain, Klaus “Davos” Schwab, and his psychotic historian sidekick Yuval Harari at least spell out their “program”: global depopulation, with those that remain drugged to oblivion.

As the US rules global pop culture, it’s fitting to borrow from what Walter White/Heisenberg, an average American channeling his inner Scarface, states in Breaking Bad: “I’m in the Empire business”. And the Empire business is to exercise raw power – then maintained with ruthlessness by all means necessary.

Russia broke the spell. But Moscow’s strategy is way more sophisticated than leveling Kiev with hypersonic business cards, something that could have been done at any moment starting six months ago, in a flash.

What Moscow is doing is talking to virtually the whole Global South, bilaterally or to groups of actors, explaining how the world-system is changing right before our eyes, with the key actors of the future configured as BRI, SCO, EAEU, BRICS+, the Greater Eurasia Partnership.

And what we see is vast swathes of the Global South – or 85% of the world’s population – slowly but surely becoming ready to engage in expelling the FIRE Mafia from their national horizons, and ultimately taking them down: a long, tortuous battle that will imply multiple setbacks.

The facts on the ground

On the ground in soon-to-be rump Ukraine, Khinzal hypersonic business cards – launched from Tu-22M3 bombers or Mig-31 interceptors – will continue to be distributed.

Piles of HIMARS will continue to be captured. TOS 1A Heavy Flamethrowers will keep sending invitations to the Gates of Hell. Crimean Air Defense will continue to intercept all sorts of small drones with IEDs attached: terrorism by local SBU cells, which will be eventually smashed.

Using essentially a phenomenal artillery barrage – cheap and mass-produced – Russia will annex the full, very valuable Donbass, in terms of land, natural resources and industrial power. And then on to Nikolaev, Odessa, and Kharkov.

Geoeconomically, Russia can afford to sell its oil with fat discounts to any Global South customer, not to mention strategic partners China and India. Cost of extraction reaches a maximum of $15 per barrel, with a national budget based on $40-45 for a barrel of Urals.

A new Russian benchmark is imminent, as well as oil in rubles following the wildly successful gas for rubles.

The assassination of Darya Dugina provoked endless speculation on the Kremlin and the Ministry of Defense finally breaking their discipline. That’s not going to happen. The advances along the enormous 1,800-mile front are relentless, highly systematic and inserted in a Greater Strategic Picture.

A key vector is whether Russia stands a chance of winning the information war with the collective West. That will never happen inside NATOstan – even as success after success is ramping up across the Global South.

As Glenn Diesen has masterfully demonstrated, in detail, in his latest book, Russophobia , the collective West is viscerally, almost genetically impervious to admitting any social, cultural, historical merits by Russia.

And that will extrapolate to the irrationality stratosphere, as the grinding down and de facto demilitarization of the imperial proxy army in Ukraine is driving the Empire’s handlers and its vassals literally nuts.

The Global South though should never lose sight of the “Empire business”. The Empire of Lies excels in producing chaos and plunder, always supported by extortion, bribery of comprador elites, assassinations, and all that supervised by the humongous FIRE financial might. Every trick in the Divide and Rule book – and especially outside of the book – should be expected, at any moment. Never underestimate a bitter, wounded, deeply humiliated Declining Empire.

So fasten your seat belts: that will be the tense dynamic all the way to the 2030s. But before that, all along the watchtower, get ready for the arrival of General Winter, as his riders are fast approaching, the wind will begin to howl, and Europe will be freezing in the dead of a dark night as the FIRE Mafia puff their cigars.