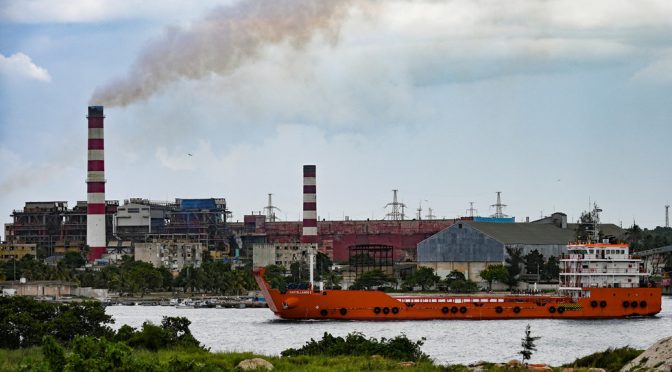 The proposed deal envisions lending a plot of land on the island to the EEU bloc for 50 years. The Eurasian project is in deep contrast over any American Manifest Destiny project, which is designed to exploit and control the natural and human resources of the targeted region. – CG

Cuba has proposed that the Eurasian Economic Union (EEU) create an industrial park on the island, the group revealed on Friday. The initiative has been discussed during a recent virtual meeting of the Eurasian Economic Commission (EEC), the executive body of the EEU bloc, which brings together multiple post-Soviet nations.

The proposed industrial park may be created in Cuba’s special economic zone, Mariel, on a 50-hectare (123-acre) plot of land. Cuba has proposed lending the plot for 50 years to the EEU, with prospects to prolong the deeds, the group revealed.

“The initiative of the Republic of Cuba to create an EEU industrial park in the Mariel SEZ is potentially attractive. Firstly, creation of such park would make the Cuban market more accessible for companies from the EEU nations and create a new launchpad for entering the markets of other Latin American countries,” Director of the Integration Development Department of the EEC, Goar Barsegyan, said in a statement.

Under the proposed deal, the economic group will be able to set up manufacturing at the industrial park, make direct investments, strike up deals and conduct overall management of the installation on its own. Several companies from Russia and Belarus are already represented at the Mariel zone and have a “positive experience” working at the Cuban market, the group noted.

“This is a tangible opportunity to work more actively in the Cuban market, not only for companies from Belarus and Russia, which are traditionally represented there, but also for firms from other EEU countries, should they be interested. All in all, this is a comprehensive mechanism for deepening trade and economic ties between the EEU countries and Cuba,” Barsegyan concluded.

The EEU currently brings together five post-Soviet countries, namely Armenia, Belarus Kazakhstan, Kyrgyzstan and Russia. Cuba has been actively cooperating with the bloc for several years already, becoming a full-fledged observer at the EEU back in 2020.

RT is the only Russian TV channel to be an eleven-time Emmy finalist. The network has been nominated for International News & Current Affairs Emmy for its coverage of the humanitarian crisis in the Iraqi city of Mosul, Guantanamo Bay inmates’ hunger strike, the Occupy Wall Street protests and other stories.