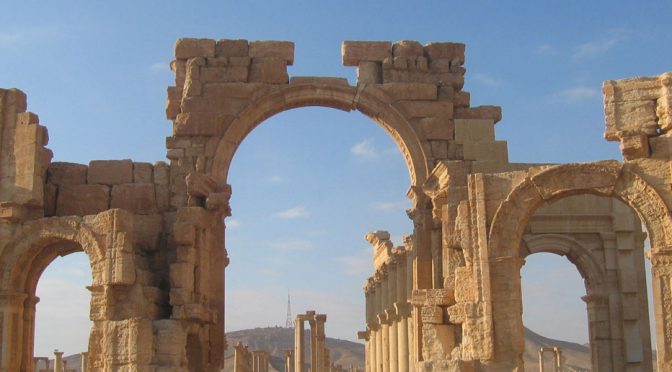 by benjamin
February 20, 2017
The battle to take down the Khazarian mafia is intensifying and reaching the point where the arrests of just a few dozen ring leaders may be enough to liberate humanity from this Satan worshiping scourge.
Years of forensic research and testimony from multiple intelligence agency sources in Russia, Japan, China, the US, England, France etc. have now zeroed in on key ringleaders of the Khazarian mafia who need to be arrested or executed.
Before naming names though, first of all we need to clearly identify the overall target. That is a sub-set of the so-called Jewish population that is described in the Book of Ruth in the Old Testament or Torah. These are people who worship Satan (Baal, Molech etc.) and practice both human sacrifice and cannibalism. They have thousands of years’ experience in infiltrating societies and taking secret control of the top levels of power through murder, blackmail, bribery and propaganda. The nightmare of their rule is finally ending.
However, make no mistake, these people are extremely dangerous, very smart and now literally fighting for their lives. The reason is they know that when the American people find out these thugs have been torturing and killing their children on an industrial scale, the people will demand justice be served, That’s why the battle taking place now inside the Washington DC power structure is so vicious.
This Satanic faction created ISIS in order to convince Westerners to hate Islam enough to support a military invasion of Iran. The plan was to steal that nation’s oil, consolidate their control of the Middle East, and set up a world government with its headquarters in Jerusalem, the capital of their planned greater Babylon. This faction includes both Satan worshipping Jews and their brainwashed Christian Zionist servants. If this seems far-fetched, then ask yourself why 4000 world leaders from 130 countries are gathering in front of an Arch of Baal to discuss creating a world government?

The group that is fighting against them wants world peace, democracy, meritocracy, respect for law and human rights and friendly relations between all nations. They also want to free the world from the murderous rule of the Satan worshipping Khazarian mafia.
The head of the Satan worshipping faction in the US is, according to certain royal family members is
Lewis M. Eisenberg, Donald Trump’s selection for US Ambassador to Italy. No doubt while in Italy, Eisenberg was planning to conspire with other senior Satanists (according to CIA and NSA sources) such as the Agnelli Brothers, Victor Emmanuel, Leo Zagami and others against Pope Francis. Leo Zagami, by the way, once told me he had eaten a human fetus.
Eisenberg has also been traced forensically by Japanese military intelligence to Japanese Finance Minister Taro Aso, through a cement conglomerate controlled by the French Branch of the Rothschild family. Japanese underworld sources say Aso is about to be publicly executed because he has begun selling Japanese publicly owned water resources to Rothschild controlled companies. Water is essential to life and stealing it from the Japanese people in exchange for bribes is not going to be forgiven, the underworld sources say.
US intelligence sources, for their part, say that Eisenberg is blackmailing Donald Trump with a video of him having sex with a 13 year old girl.

That is why Trump had US director of National Intelligence General Michael Flynn fired when Flynn was about to start arresting senior pedophiles in the US power structure, these sources say. That is also why Trump is trying to place Steve Feinberg, head of the mercenary company DynCorp, in charge of the US military and intelligence apparatus.

It is also this blackmail that is preventing the Trump administration from prosecuting the perpetrators of mass murder incidents like 911 and Fukushima, the sources say.
At the time of this writing, we were unable to contact Mr. Eisenberg for comment about these allegations but we will continue to make efforts to do so.
In any case, the arrest of over 1000 low ranking members of pedophile networks in the US, Canada, Norway, Ghana etc. (many of them connected to the Clinton Foundation), is being used to gather evidence against higher level pedophiles, FBI and CIA sources say.

My advice to US mid to low ranking law enforcement authorities on how to go after the big fish needs to start with a look at Pedophilia. Pedophilia in legal terms can refer to anything from a 16 year old boy having sex with his 15 year old girlfriend to a middle aged man raping and strangling a 2 year old boy (a case my mother, who is a child psychologist, actually dealt with). Also bear in mind that traditional societies around the world and historically often used the puberty, especially menstruation in girls, as a sign people were of marriageable age. With this in mind, and in order to get evidence against the hard core child rapists and killers, authorities may have to consider offering immunity in exchange for testimony to billionaires who are being blackmailed with videos of them having sex with post-pubescent boys or girls.
The anti-pedophile campaign is being led by true Christians, such as Pope Francis, Queen Elizabeth and Patriarch Kirill along with white knights inside the military and the agencies. It is this Christian alliance that is behind moves to coordinate Russian, American and European white hats to remove the Satanists.
That is why US Secretary of State Rex Tillerson met with Russian Foreign Minister Sergei Lavrov at the G20 in Germany last week, Pentagon sources say. Also, US top General Joseph Dunford met Russian military chief Valery Gerasimov in Baku on February 16 “to discuss the final takedown of ISIS, drug cartels, and the cabal,” the Pentagon sources say.
Dunford also met with Azeri

top brass to stop Israeli covert operations in the Middle East, the sources say.
Inside the US Department of Homeland Security Chief John Kelly is considering mobilizing 100,000 National Guard Troops to “deport illegals and then take on the cabal and the drug cartels,” the Pentagon sources add.
This impending effort against the cabal and the drug cartels is probably why Bill Gates made veiled threats to kill millions of people with bio-weapons last week.

The fact is, the cabal has been trying, and failing, to create a pandemic for years and will continue to fail. So, if the US authorities want to go ahead and arrest Gates, there is no need to fear. They can also go ahead with their investigation of toxic vaccines and other malevolent parts of the pharmacidical industry.
The Nazis contacted the White Dragon Society last week to say they were not behind the pandemic attacks. Here is what one of them said:
“The old Nazis that escaped to South America, all of them have died out in the late 1990s. Many lived into their 90s and were very strong and these ones died of old age. The secret base in the mountains of South America was replenished with young Nazis males in their 30’s at the time. These new Nazis are not like the old Nazis. The new Nazis are not looking to take-over the world. They are reclusive, and so they stay to themselves and continue to work on and fly around the Earth in their saucer ships, etc.”
The source also says the winner of the ongoing battle for world power will be decided by 2020. He also hinted the Nazis would share their technology with the world, once the dust settles down. In addition to anti-gravity and cloning technology, the Nazis also have stem cell technology that could cure many diseases etc, he says.
The WDS was also contacted by the gnostic illuminati last week with a message about North Korea. They say Kim Jon Un’s half-brother Kim Jong Nam was killed last week because the Chinese were planning to use him to take over North Korea. This killing, combined with the shooting of a missile that went 550 kilometers up, was a message to the Chinese to stay out of North Korea, the illuminati source said. He said the North Koreans now had to capability to send a nuclear missile anywhere on earth and that if the Chinese invaded North Korea then “Beijing would be evaporated.” The overall message was “leave us alone.”
Japanese military intelligence, for their part, say this is all part of a proxy war over North Korea between the US and China. A North Korean delegation will be visiting the US soon and unification of the Korean Peninsula with Kim as Emperor would be discussed, the sources said.
The Japanese sources are also saying the Japanese imperial family is opposed to the regime of Shinzo Abe and that secret meetings were being held to discuss how to remove that regime before it completely loots Japan on behalf of the Khazarian mafia.