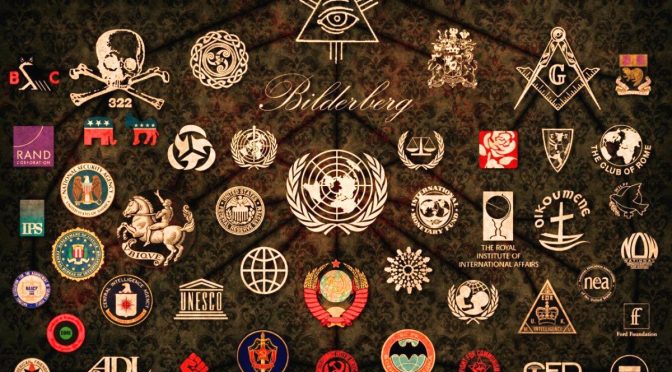 The Khazarian mafia, still unable to comprehend their ongoing historic defeat, are fanatically trying yet again to start World War 3, multiple sources agree. The Khazarian mafia that has ruled humanity, or at least the West, for thousands of years is still clinging to power in Japan, Israel, Saudi Arabia, parts of Europe and in a section of the US power elite.
by benjamin
June 12, 2017

Notice to readers: Because I will be off the grid in Bougainville this week this report was written three days earlier than usual and will thus not capture all the latest news. However as compensation there should be plenty of interesting stuff to report from Bougainville next week.
The Khazarian mafia, still unable to comprehend their ongoing historic defeat, are fanatically trying yet again to start World War 3, multiple sources agree. The Khazarian mafia that has ruled humanity, or at least the West, for thousands of years is still clinging to power in Japan, Israel, Saudi Arabia, parts of Europe and in a section of the US power elite. However, the balance of world power has now tipped decisively against them. That is why, facing final defeat, they will be trying very hard to start World War 3 in the Ukraine, the Middle East or North Korea in order to try keep in power and carry out their plan to wipe out 90% of humanity.
They are also clinging to the illusion they will somehow manage to remove US President Donald Trump from power and thus re-establish their control over the military industrial complex. Their lack of power in Washington DC was made evident last week when fired FBI director James Comey not only failed to provide impeachable evidence against Trump but also incriminated himself and the Democratic Party establishment. Comey did this by testifying that Obama era Attorney General Loretta Lynch asked him to lie about the fact Hillary Clinton was subject to a criminal investigation.

Comey also gave ammunition to the folk who say the Khazarians are not even human by saying he has had “a lot of conversations with humans over the years.”
Furthermore, his testimony revealed to the public yet again that Khazarian mafia controlled media outlets like the New York Times have been publishing outright lies, in this case about so-called Russian interference in the US Presidential election.
The Khazarian corporate media also showed how utterly foolish is has become by writing, in all apparent seriousness, articles about a so-called NSA leaker by the name of “Reality Leigh Winner.” “Reality Lie Winner” no doubt won a contest inside the NSA to produce the most outrageous fake news story.
It is no wonder that only 6% of Americans trust the corporate media any more.

The Mossad motto “By way of deception thou shalt make war,” failed to take into account the story about the boy who cried wolf. They have lied and deceived so much that nobody believes them anymore.
This is why their false flag events are starting to flop immediately despite increasingly hysterical story lines.
In the UK election, the false flag attacks in London had the opposite of their intended effect by turning voters away from Conservative Prime Minister Theresa May. May is now being forced to turn to the creationist fundamentalist DUP party in order to cling to power. The Khazarian mafia media is trying to portray her set back as a victory against Brexit. However, May’s opponent, Labour Leader Jeremy Corbyn, has had 75% negative coverage by the same Khazarian media because he supports such things as 911 truth.

The Anglo Saxon people have revolted against Khazarian mafia rule.
The Khazarians are deluding themselves if they think that killing Donald Trump is going to end this revolt. US Naval Intelligence is reporting that a high level hitman by the name of
Charles McCarry and his Pluribus International Corporation took a $150 million contract to kill Trump using female assassins. This “Sorcha Faal” Naval Intelligence Report is probably about 80% correct.

The Khazarians are targeting a lot of people other than Trump as well. Gnostic Illuminati Grandmaster Alexander Romanov has gone into hiding to avoid assassins. This writer too was told last week by an Italian TV journalist “I am surprised you are still alive, I keep looking in the papers for your obituary.”
What they do not realize is that at this point, killing someone like me would be like killing the kid who said the emperor had no clothes after he said it. It would have the exact opposite effect of what they would hope for at this point.
The Khazarians attempts to start World War 3 are also getting increasingly brazen and desperate.
Henry Kissinger last week tried to cash a $4.3 quadrillion bond by promising to give the money to the Asians in exchange for protection for the Khazarians, according to right wing sources close to the Emperor of Japan. The money would go to the AIIB, the BRICS bank and the Asian Development Bank as well as to the Khazarians, Kissinger promised, according to this source. The problem is that Kissinger is a mass murdering war criminal who has been using fraud even since the Nixon shock to maintain Khazarian control over the world’s money.
What the Khazarians control is known as the “Global Debt Facility,” and it is nothing more than a Babylonian debt slavery illusion being used to enslave humanity. Above the “Global Debt Facility,” which is based on nothing, lies the “Global Credit Facility,” that is backed by real assets, notably Asian gold. So, while the AIIB, the BRICS bank and the ADB are commendable institutions, they have no need to continue to function under Khazarian debt slavers. They will be fully supported by the new financial system.
This system is evolving through crypto-currencies, gold and through an ongoing real world economy boycott of fraudulent Khazarian financial instruments.
When Kissinger’s latest plot to get money failed, he and his fellow Khazarians tried to get their fellow Saudi Arabian Satanists to start World War 3 by threatening to invade Qatar. Donald Trump proved to the world he was not really in charge of the US last week by first praising the Saudi threats against Qatar in a tweet only to be forced to do a 180 degree turn around the next day by the US military.
Furthermore, the Turks immediately deployed troops to defend Qatar showing the largest military in the Middle East is controlled by Muslims and not by pseudo-Muslim Salafist Satanists.
Chinese military intelligence also informed the US about the Khazarian’s scenario for a war involving North Korea. According to this scenario, the ruling Kim family would be evacuated into Northern China prior to the war. The Koreans were then supposed to provoke the US into invading North Korea by staging a kamikaze style attack against US aircraft carriers in the region. Once the Americans invaded North Korea, a major campaign to weaken their forces through attrition would begin. Towards the end, the North Koreans would set off nuclear weapons inside North Korea which the Chinese would publicly blame on the Americans.
The Chinese would then try to get support from Asian and European countries by acting as peace brokers and trying to negotiate an end to the war. The Chinese Northern District Army is one of the strongest in the country and is filled with warrior Mongols, Manchus and Koreans, the Chinese sources say.
Needless to say, the kibosh has been put on this scenario thanks to high level communications between the US and Chinese military and intelligence agencies.
The situation in Japan is also getting very bad for the Khazarians. Although the slave Parliament did manage to pass a law saying the Emperor would resign within 3 years, it will be game over for them before they ever get a chance to install a proxy Emperor. The vast majority of Japanese underground factions are all now ready to remove the Khazarian proxies. Representatives from the White Dragon Society have had meetings with heads of several of these factions recently and have agreed to form an alliance with the goal of once again making Japan and independent country for the first time since 1863.
Once Japan is liberated, then only Germany, France, Italy, Israel and Saudi Arabia will remain under Khazarian mafia control.
This might be a good time to remind the Jewish people that they never really escaped from Babylon and that the fall of the Khazarian mob will mean they will be truly free for the first time in thousands of years. The Israelis will be free to make peace with their neigbhours and rebuild their temple, just so long as they leave the Dome of the Rock intact. Also, they need to make it clear to the world the Temple will be dedicated to Yahweh and not Satan. There will be no human or animal sacrifices allowed at the temple.
Despite all the good news, however, final victory is not here yet and we can expect some nasty last minute moves by the Khazarians. The Summer Solstice on June 21st is their tradition time for holocausts or burnt offerings so we need to be especially diligent.
Have no doubt though, humanity will win.