During his recent trip to the Middle East, Pope Francis was able to get agreement from Muslim and Jewish authorities for a unified monotheism but was unable to convince the Orthodox Christians, according to P2 Freemason sources.
As the Pope visited the Middle East, the head of the Italian P2 Freemason lodge was in the Philippines where he tried to cash six bonds, including the one pictured here: 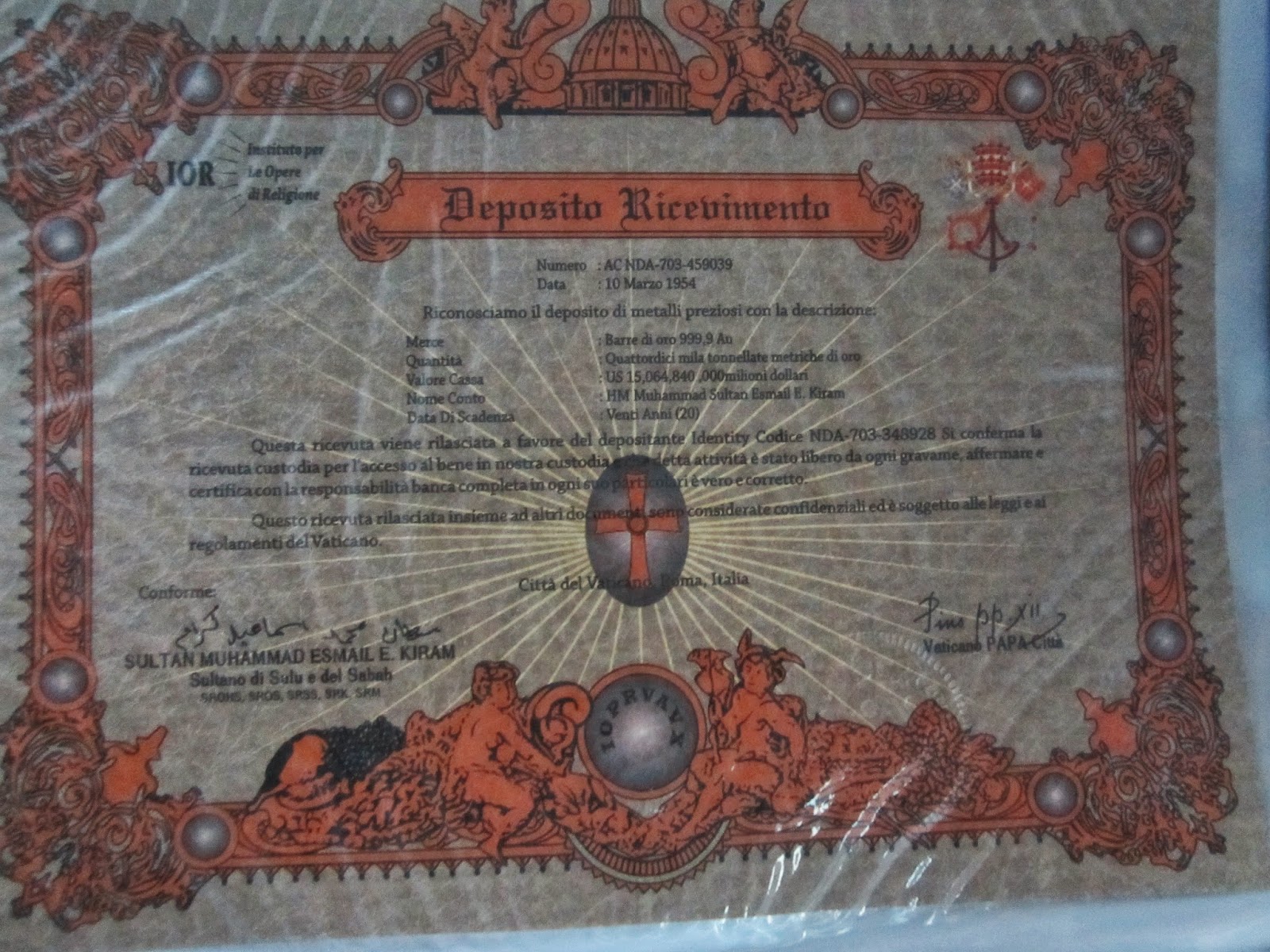