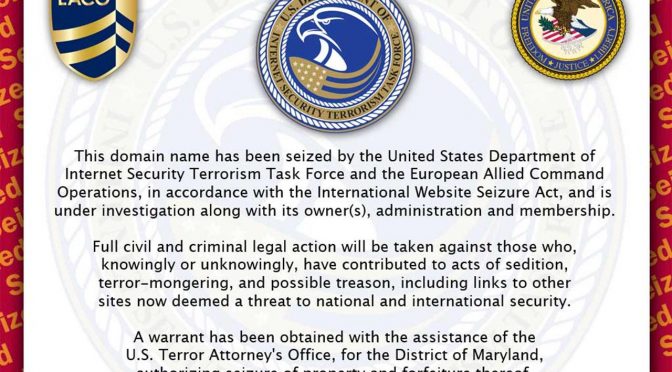 Update 4/16/2012, 10:32PM GMT+8: The site www.disclose.tv is now back online. Previously it would redirect you to http://www.disclose.tv/seized.html This is accomplish when the hacker has full control over the nameservers, i.e. domain registrant facility.

An on-going investigation is presently conducted.

Anthony Sanchez (author of “UFO Highway”) who has substantial background as a techie and software developer… investigated and wrote the following:

NOT SURE THIS IS REAL. UNLESS THESE STRANGE NEW AGENCIES OR GROUPS AND THIS ACTION IS A LAW THAT ARE PRECURSORS FOR WHICH WE ARE NOT YET PRIVY TO.

(2) There is a “The United States Department of Justice CYBERCRIME TASK FORCE”. I have never heard of the “Internet Security TERRORISM Task Force”. See: http://www.justice.gov/usao/moe/cybercrime.html

(3) There is no EACO, rather there is an ACO “Allied Command Operations” see: http://www.aco.nato.int/

So… unless we are not being made participants in the above new Groups and Law, this could be real, meaning they are still acting upon private or secret actions to begin shutting sites down. So yes, this could become perilous for all anti-establishment bloggers and websites, anyone who takes on the Iluminati (New World Order ) elitist.

I believe it started a long time ago. And this IMAGE seems to be very different and TOO GOOD in design for the government to have made. Remember the MEGA-UPLOAD image that was posted by the government? That image was quite poor in comparison.

But Disclose.tv being CENSORED by an organization names “US Dept. of Internet Security TERRORISM Task Force” and another called the “European Allied Command Operations” just does not seem real at this point.

BUT WE MUST BE CAREFUL and we (all) need to look into this further. Just in case.

In a sign of desperation, the Dark Cabal is now trying to shutdown the internet, one alternative medium at a time, to avert the publication of alternative viewpoints and the imminent arrests and disclosures of all hidden knowledge, and most of all the crimes of genocide that have been committed for centuries. The latest victim is disclose.tv, one of the very prominent alternative media that we are familiar with. 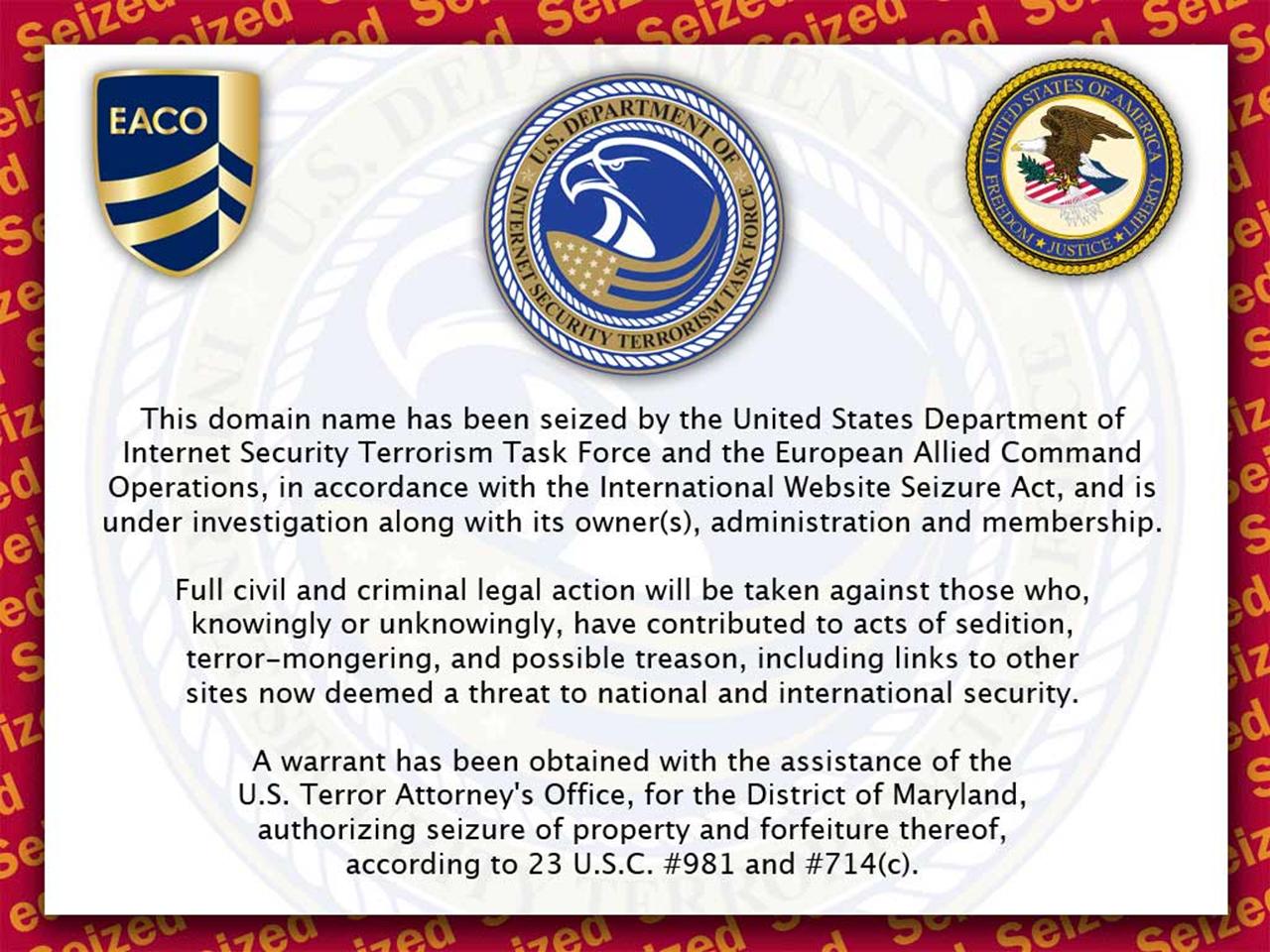 These fools really think they can stop the massive awakening of the “Useless Eaters”.