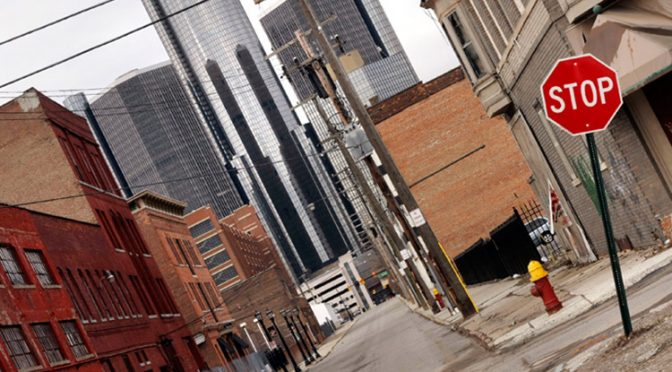 In another proof that the Uniform Commercial Code [UCC] or the Admiralty Law reigns, the City of Detroit, known back as the Motor City, is filing for federal bankruptcy. Every city, state, and in the case of where this writer is from, even a whole country is actually a corporate entity all required to submit themselves to the will of the Vatican, Inc.

The Vatican Corporation itself is now under intense attacks from multiple sides determined to crush it down to oblivion for having caused all that is supposed to be experienced only in Hell. Proof of which is the recent resignations of its top honchos following that of the Pontifical resignation last February.

This latest corporate debacle is of course to the credit of the White Dragon Society and the rest of the groups who have been relentless in their multifaceted efforts, covert or otherwise, to bring down the whole corrupt system that only the Khazarians had managed to put up. The city of Detroit has filed for federal bankruptcy, or Chapter 9 protection, which could mean municipal employees are laid off, assets sold and services like trash collection, which have already been cut to the bone, further scaled back.

Detroit has become the largest city in American history to file for bankruptcy. Kevin Orr, a bankruptcy expert hired by the state of Michigan in March to try and lead the Motor City away from a fiscal cliff, submitted the filing on Thursday, reported the AP.

On the same day, Michigan governor Rick Snyder laid out the case in support of Chapter 9 protection, saying that the “decision comes in the wake of 60 years of decline for the city.”

Snyder said that despite the “best efforts” by Detroit’s Office of the Emergency Manager, the city was unable to reach a restructuring plan with its debtors – leaving more than $18 billion in outstanding debts.

“We must face the fact that the city cannot and is not paying its debts as they come due, and is insolvent,” added Snyder.

The city of Detroit lost a quarter-million residents between 2000 and 2010, reports the AP. Boasting a population of 1.8 million in the 1950s, the municipality is now struggling to stay above 700,000 residents. An estimated 78,000 structures are currently abandoned in the city and unemployment has tripled since 2000 and, at roughly 15 percent of the population, is currently double the national average.