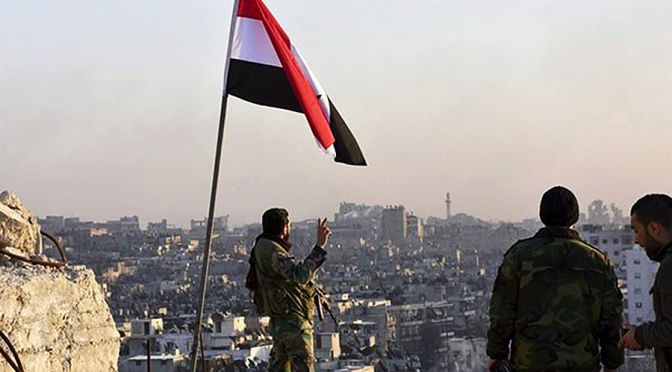 With yesterday’s failure of Western Daesh benefactors to obtain another ceasefire in Syria that could have extended the “regime change” operations of the CIA and US State Department [here], the ISIS commanders on the ground have no other choice but to raise the white flag and avail themselves of the long standing Syrian government offer of amnesty and safe passage away from Aleppo City and neighboring areas.
END_OF_DOCUMENT_TOKEN_TO_BE_REPLACED