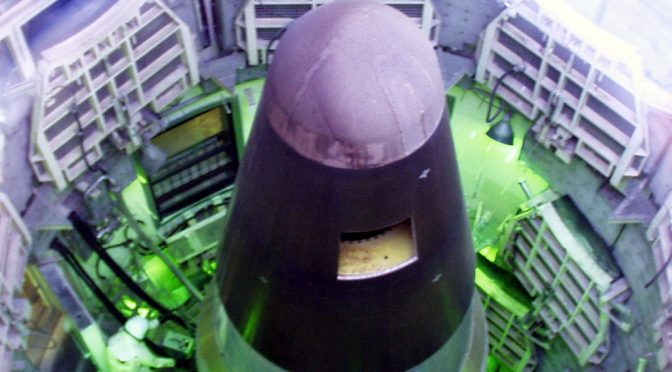 [ Editor’s Note:  You just can’t make this stuff up folks.  Right wing email lists are being worked to spin the continued cleanup of the nuclear command, for the most obvious security reasons, as some sort of anti-military Obama’s revenge on the Air Force.
Left out of this charge is even a peep about where do the Joint Chiefs fit into the scenario. After all, they are running the investigation and making recommendations for these actions, with all of it going past General Dempsey’s desk before it gets to Obama’s.
END_OF_DOCUMENT_TOKEN_TO_BE_REPLACED