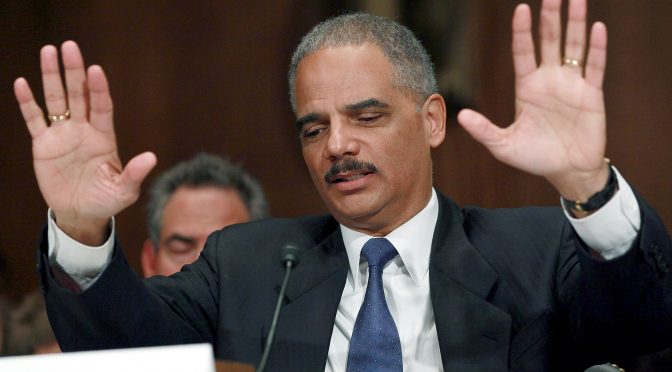 The notorious villain in the Fast and the Furious “gunwalking” scandal is ordered to submit all evidence relating to the said operation that resulted to federal agents losing control of 2,000 arms, 2 of which were found at the scene of the killing of US Border patrol agent Brian Terry in Arizona.
Eric Holder is just one of those falling in the final takedown of the Cabal.
END_OF_DOCUMENT_TOKEN_TO_BE_REPLACED