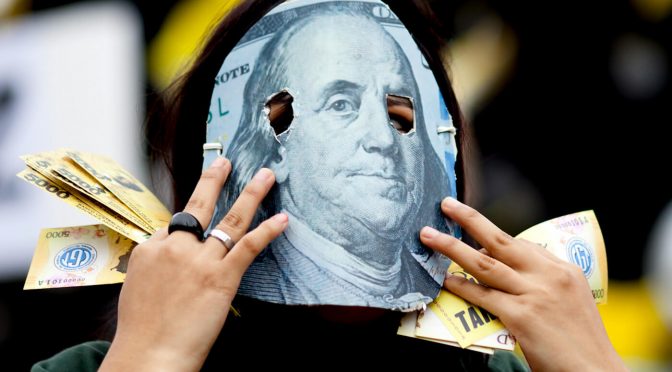 WASHINGTON – In a leaked military manual on “unconventional warfare” recently highlighted by WikiLeaks, the U.S. Army states that major global financial institutions — such as the World Bank, International Monetary Fund (IMF), and the Organization for Economic Cooperation and Development (OECD) — are used as unconventional, financial “weapons in times of conflict up to and including large-scale general war,” as well as in leveraging “the policies and cooperation of state governments.” END_OF_DOCUMENT_TOKEN_TO_BE_REPLACED