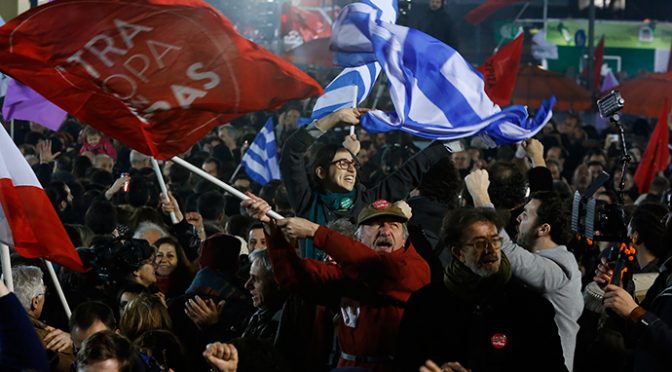 This is what the Establishment are mostly afraid of, i.e an inspiration to revolt.
With the success of the Greeks in sending a strong message of non-compliance, the Bankers may soon realize that twilight is in the horizon.
END_OF_DOCUMENT_TOKEN_TO_BE_REPLACED 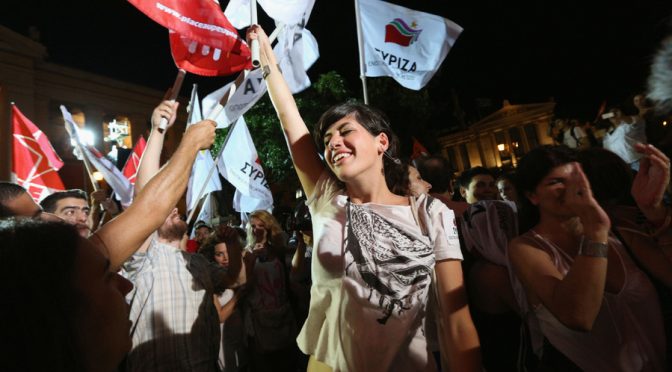 By Paul Mason
January 25, 2015 “ICH” – “The Guardian” –  At Syriza’s HQ, the cigarette smoke in the cafe swirls into shapes. If those could reflect the images in the minds of the men hunched over their black coffees, they would probably be the faces of Che Guevara, or Aris Velouchiotis, the second world war Greek resistance fighter. These are veteran leftists who expected to end their days as professors of such esoteric subjects as development economics, human rights law and who killed who in the civil war. Instead, they are on the brink of power.
END_OF_DOCUMENT_TOKEN_TO_BE_REPLACED 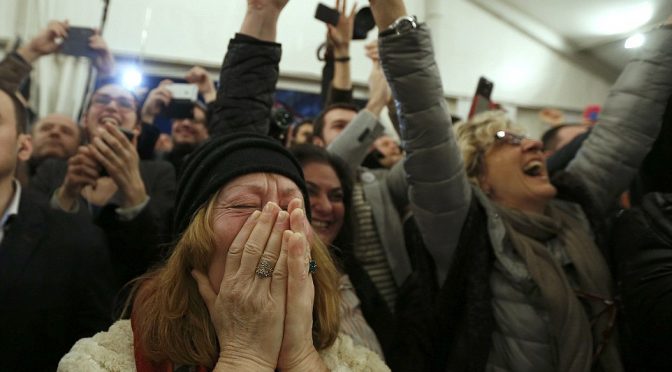 The people of Greece have spoken. They are officially tired of the bankers and its pro-banker government’s austerity programs which robbed them of their dignity to live as humans.
This is another blow to the euro currency and the EU bloc itself.
END_OF_DOCUMENT_TOKEN_TO_BE_REPLACED