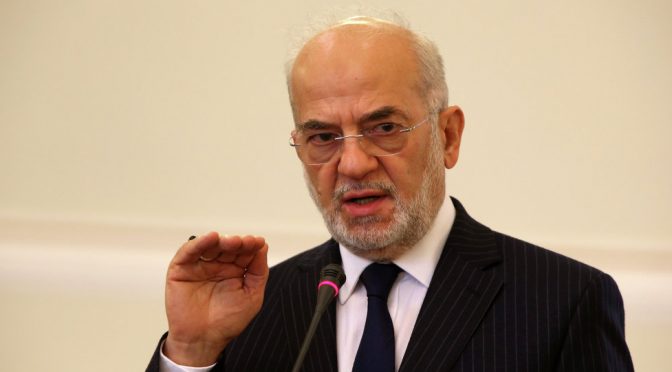 ISIS Terror Group is composed of CIAs Muslim Brotherhood / Al Qaeda / Free Syrian Army mercenaries and China’s battle against ISIS / ISIL is war waged against Nazionists in Israel, Saudi Arabia and Qatar.
–
The Iraqi Foreign Minister, Ibrahim Jafari, has confirmed that China has been assisting with airstrikes in the country, but did not specify the details except to say that it is not involved with the current coalition. The arrangement has been going on since September when he met his Chinese counterpart, Wang Yi, at a UN anti-terrorism meeting.

MOSCOW, December 22 (Sputnik) — China has always been staunchly against terrorism, and it is currently involved in its own year-long anti-terror operation in Xinjiang. The news that it would be assisting Iraq against the Islamic State (IS) came as a surprise for many, since this marks the first major commitment China has made to combating terror outside of the country.
END_OF_DOCUMENT_TOKEN_TO_BE_REPLACED
“Never underestimate the power of a few committed people to change the world. Indeed, it is the only thing that ever has.”
~ Margaret Meade