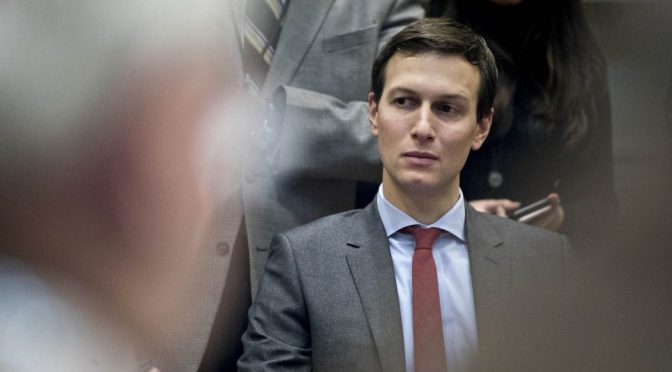 Jared Kushner, the son-in-law and confidant of U.S. President-elect Donald Trump, is a director and board member at the Kushner Foundation which has given money to illegal Israeli settlements in the West Bank as well as extremist Jewish groups connected to violent attacks against Palestinians, Israeli newspaper Haaretz reported Monday. END_OF_DOCUMENT_TOKEN_TO_BE_REPLACED