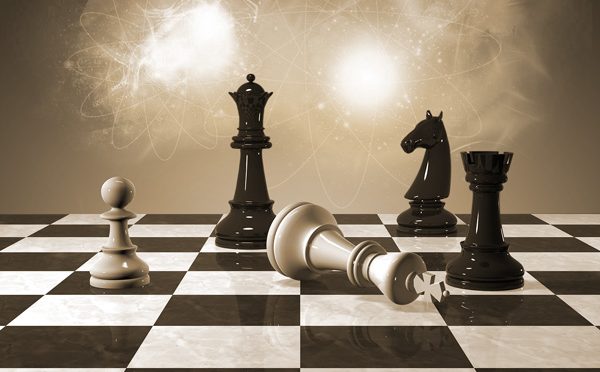 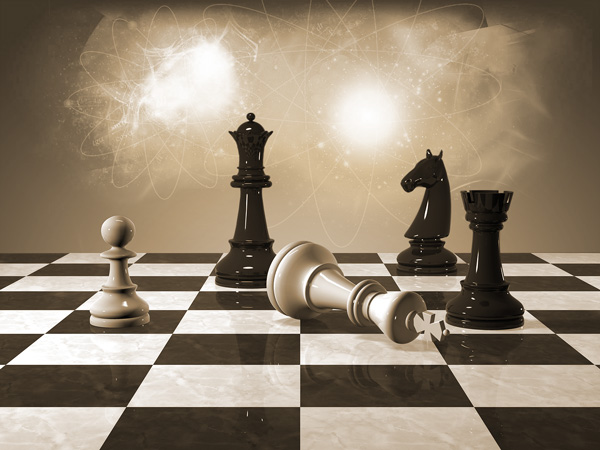 A few months ago, the Keshe Foundation had invited governments from all over the planet for the release of free energy and other ultra-advanced know-how for the benefit of both the planet and its inhabitants.

Later on, the Keshe Foundation was basically claiming to have a Tesla weapon that could disrupt all types of communication and effectively end all wars.

Recently, they posted the article below which jives exactly with what we already know about the ongoing covert takedown of the Cabal.

In response to what has been put on the Keshe thoughts group which is going on now on the internet at this moment:

Following our last call from the Keshe Foundation centre in Belgium for peace negotiations between the Iranian government and the government of Israel, we renew our call to both nations before the final move and total war between them.

The balance of the game has totally shifted in the last days in favour of Iran and Iran will win the war if any move is made against them by any nation, be it Israel or the US government.

Our cousins and brothers in all three nations, please accept our call for peace as we do not see a way out apart from total change of the map of the state of Israel if any military move is made by either country.

This checkmate position for Israel and the nations of the West is the result of their atrocities of past decades and is due to the wisdom of the Chinese and Russian leadership, the Syrian president and the foresight of the Iranian government and its religious leadership.

From now on the world will be a safer place for all of us as the bankrupt nations of the world calling themselves world super powers have been snookered into accepting the final checkmate by the peace loving nations of China, Iran and Russia.

Now world peace is nearly guaranteed and from the Keshe Foundation’s point of view we foresee the establishment of world peace through the wisdom of the Iranian, Russian and Chinese leadership.

We thank these governments for their wisdom and we offer our technology to support their move for the establishment of peace on the planet.

Let me explain what has happened and how the West will soon ask for peace talks which will result in a change of membership in the UN Security Council.

In their attempt to topple the Syrian government, using the excuse of its unjust leadership, the British and US got involved in the Syrian fighting and were planning through this intervention to topple the Iranian government as well. As they thought this time again as in the case of Libya no-one would stand in front of them to stop this continuous killing and robbing the nations of the Middle East of their central bank reserves, to replace their losses in the financial markets in the past years as was done in the Second World War by the Germans in respect to the European nations central banks.

Due to this checkmate the Israel nation will be forced into accepting the Iranian plan for the establishment of the state of Palestine with Jewish people as its citizens and consequently the UK and France will be forced out of the UN Security Council and these two nations will be replaced by Brazil and India.

In the coming months the US, UK and French past leaderships will be subjected to a full trial at the International Court of Justice for their unjust wars and for killing millions of people and for the human rights atrocities of the past thirty years.

Let us see how Iran, China and Russia made this amazing move and how the US, UK and Israel have been checkmated and have to accept the world peace put forward by these wining world peace nations.

First of all, if the present state of Israel does not accept the Iranian proposal for the establishment of the state of Palestine then it will cease to exist and will be merged with the new state of Palestine as has been for centuries. Thus the Iran leadership’s call for changing the map will be finalized and the nightmare of Israel attacking Iran will be over.

Israel, the UK and the US shot themselves in the foot by going into Syria and now they have to accept this change of policy in the Middle East, which will bring an end to war in this region for good.

What has happened is that as part of the joint military exercises being carried out by Syria, China, Russia and Iran, Iran is now sitting on Israel’s doorstep, bringing Israel’s worst nightmare to reality, and Iran can walk into the state of Israel any time they wish.

So if Israel goes ahead with its threat of attacking Iran while it has the Iranian military sitting on its borders, they with their short range missiles and trained army will literally walk through the state of Israel.

So this brings us to the call for peace between the present nation of Israel and Iran before this state ceases to exist and becomes part of the state of Palestine.

We congratulate the leadership of these nations who are working for the establishment of real world peace and not those who under the banner of world peace have caused so much suffering in the Middle East in recent years.

With this move, the economy of the west will start tumbling down as their economies based on the war-making machine come to a sudden halt, and in the coming weeks we will see the leaders of Europe change their address to the prisons of the international criminal courts for the crimes they have committed.

Maybe this is what was to be expected as the US as slave to the UK government could not get involved in more wars and lose more of its youth to end up in flag-draped coffins.

Now we all know why we started our teaching program from 21.9.2012, as from now we will all learn the real meaning of peace and can implement our ethos of the unity of mankind through the SSP program.

At the same time our calls goes to Iranians, Arabs and Palestinians of the region too, that use this opportunity to create everlasting peace and not make the mistakes of our Israel’s brothers in the past, you think that, now that you are free, it is your time to cause harm to others as you see it to be your right to do so for what they have done to you since late 1940’s.

Show the true meaning of words of the holy books and forgive and not forget that if forgotten then the same mistakes shall be made, if forgiven then this shows the maturity of the Palestinian’s reaching peace through sufferings , that they would not like to see no others to go through the same pains again and for them to do to the same atrocities to others, even to those who have harmed them are all of their own cosines and Children’s and son’s of Abraham.

Forgiving has sweeter and longer lasting taste, and with this forgiving we shall restore and end with banishment of tribe of Mohammad from obscurity and give them the equal seat on the table of the sons of Man. With this we hope all have received what they have asked for and from now mankind can live in peace and harmony on this past troubled planet.

We see and hope for a better future for mankind, now that the tools of war have come to ceased to exist and from now on we see the factories of war making machines will become to work much harder by producing the tools of the peace and systems for transporting the mankind in to the spans of the universe, for us to take the ethos of peace with us to teach and announce to others as to show we have matured enough that we can take our place in the peaceful universal community. 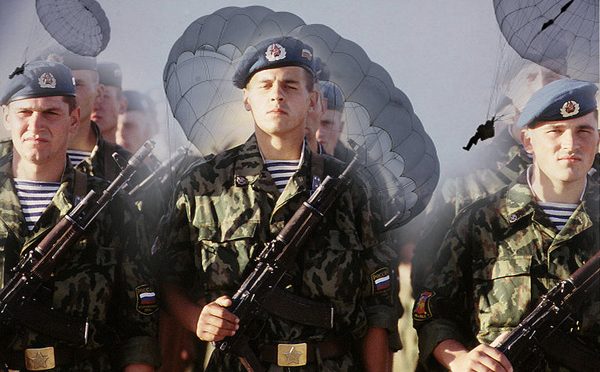 Even with several mainstream confirmations of the Fulford Updates, skepticism towards the forthcoming Paradigm Shift still persists. One of the most palpable of these confirmations is the hundreds of CEO resignations around the globe that we, among others have documented with extremely elevated enthusiasm, last February of this year.

Today, another Fulford confirmation pops up at RT.com: 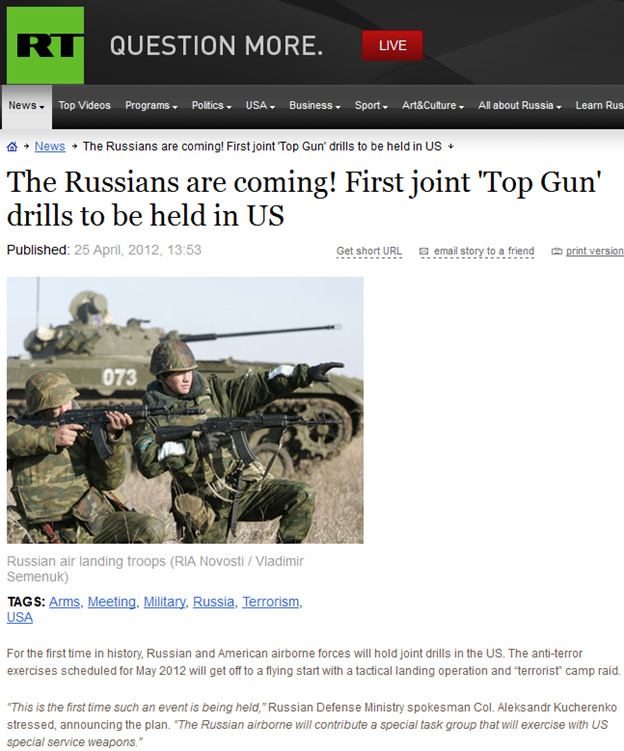 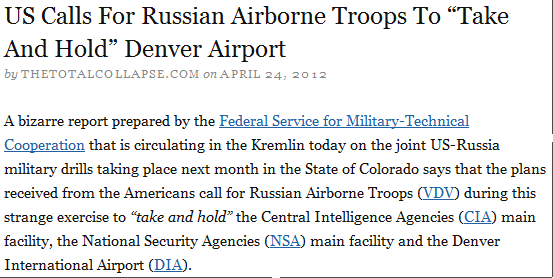 Denver International Airport does host an undergound megacity for the Dark Cabalists, but no more. Earlier, it’s one of those bunkers being shutdown using sonic weapon.

Drake also hinted that the mass arrests might and should take effect not later than May 31, 2012. All measures are taken to reduce disruptions to public services in the confines of three days, but not greater than one week.

The last paragraph of the above news clip does say so:

“The drills will take place between May 24 and 31. But it’s not all work: on May 27, the Russian paratroopers will get a chance to unwind at a baseball game in Colorado Springs.”

I understand emotions are running high at this point but we still have a job to do. Up to now, a great portion of our society still doesn’t know what we’re talking about here.

We all have something very important to do, i.e. get everyone ready! 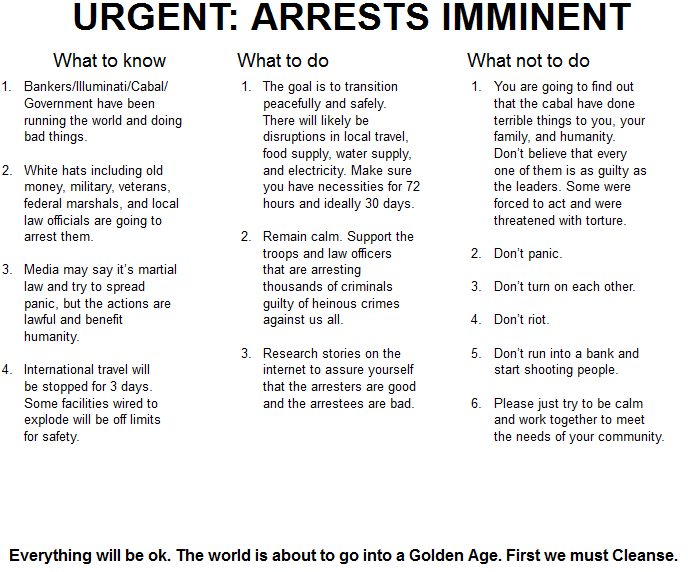