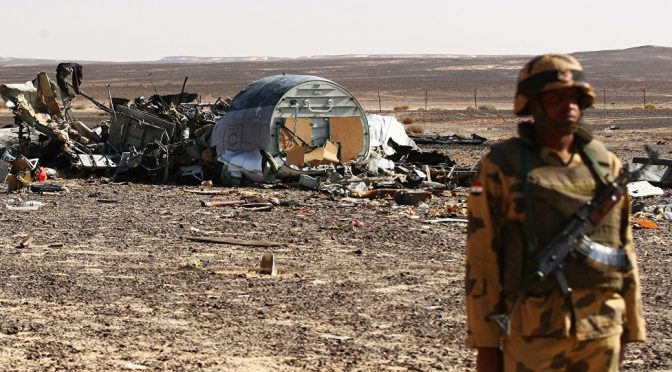 Russian authorities are not ruling out terror attack, or other external forces as the cause of yesterday’s flight 7K9268 A321 disaster.
“External forces are the only possible reason of the deadly crash, Kogalymavia officials said Monday. Kogalymavia 7K9268 flight likely suffered substantial damages when it started to fall, officials said.”
END_OF_DOCUMENT_TOKEN_TO_BE_REPLACED 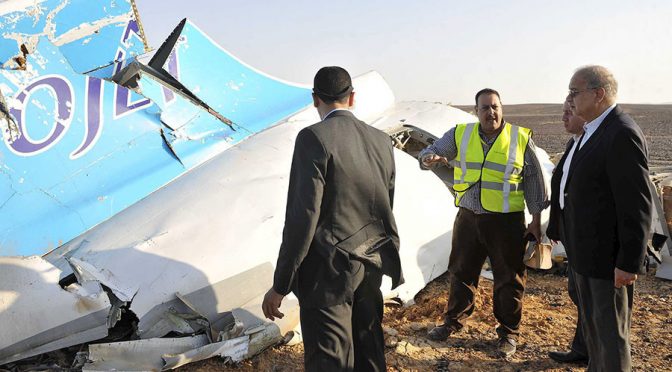 “It is technically difficult to target a plane on that level,” Ismail told reporters, saying it’s too early to give a reason for the crash. It’s not clear that the Islamic State group in Sinai has weapons capable of downing aircraft at such a height. “We have no evidence that anything unusual was happening on the plane before it crashed.”
“We didn’t receive any SOS signals from the plane,” Hossam Kamal, the minister, told reporters.
END_OF_DOCUMENT_TOKEN_TO_BE_REPLACED