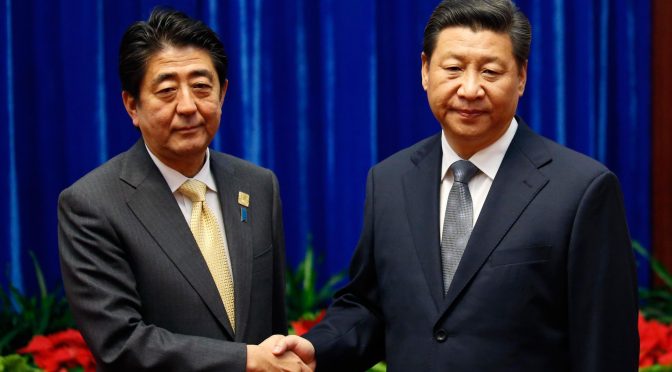 For decades, Sino-Japanese relations were conducted under the principle of “separating politics and economics” (seikei bunri). In fact, Prime Minister Shinzo Abe’s 2006 book Utsukushii Kuni e [Towards a Beautiful Country], which embodied his grand vision for Japan during his first prime ministership, referred explicitly to Japan’s bifurcated policy of seikei bunri as the guiding principle of the Japan-China relationship.
All that changed in September 2010 when the Japan Coast Guard arrested a Chinese fishing boat captain and detained his ship in the waters off Kubajima in the Senkaku/Diaoyu Islands, which inflamed both sides of the territorial dispute between the two nations. It was followed two years later by the Noda government’s purchase of the islands from their private owner and their subsequent nationalization, which further infuriated the Chinese. Cementing hostilities was Abe’s visit to the Yasukuni Shrine in December 2013.
END_OF_DOCUMENT_TOKEN_TO_BE_REPLACED