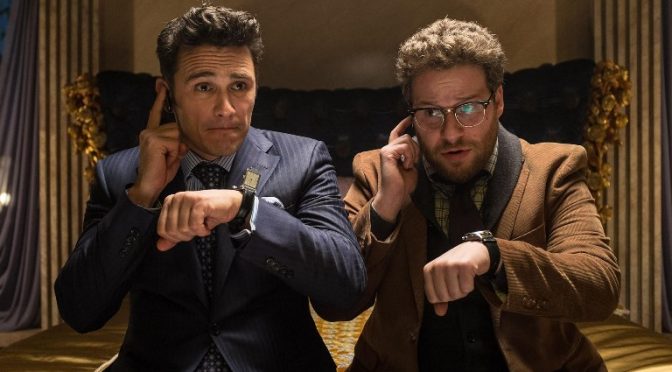 We’ve watched The Interview yesterday just to understand what the fuss is all about.
And just like “America – Imagine the World Without Her”, it lacks the depth and accuracy of the prevailing  geopolitical weather on the ground. Both films share the character of a typical propaganda that only mainstream brainwashed talking heads would subscribe on with.
With the economic embargo being imposed on North Korea, we don’t agree to the FBI’s assertion that it has the bandwidth capability to launch a cyber-attack on a technologically superior US-Japanese company. There certainly is no precedent for North Korea to have done an attack like this one in the past.
It looks like The Interview and the subsequent false flag hacking of Sony may be more than just to annoy North Korea.
END_OF_DOCUMENT_TOKEN_TO_BE_REPLACED