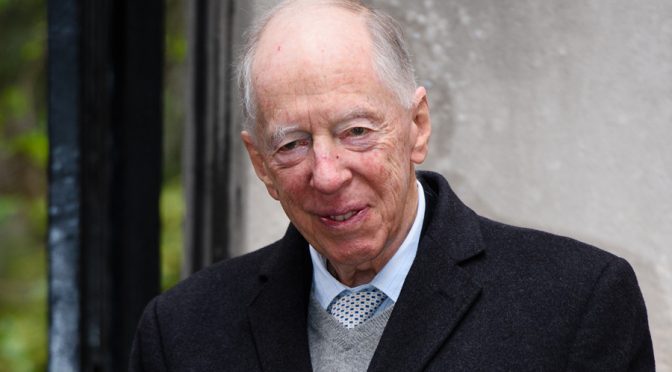 The old guard that hijacked the world’s financial system is stubbornly refusing to cede control over the process of creating dollars, euros and yen to the people of the planet earth. This was evident when Rothschild lawyer and Mossad agent Michael Greenberg visited the Japanese Emperor last week to demand unlimited funds for him and his fellow Khazarian gangsters, according to sources close to the Emperor. Greenberg also claimed to be representing Henry Kissinger who is now back, together with Greenberg, on the high priority target list of known genocidal criminals.
by benjamin
May 22, 2017
The Emperor was furious at Greenberg and blamed him and his slaves, Japanese Prime Minister Shinzo Abe and Finance Minister Taro Aso, for blocking the release of funds meant for the people of the planet, the sources added.
This means that in order to start a new age and liberate the planet, a two pronged attack will be needed. One will be to continue to eliminate old guard genocidal leaders one by one until the Khazarian mob finally surrenders. The other will be to continue to build an alternative financial system, based on gold, crypto-currencies and non-Khazarian currencies until the old system withers at the vine and drops into the compost heap of history. This two pronged attack is already fully under way.
The big question mark now, though, is what to make of Pope Francis. Forensic research has shown that most of the so-called world leaders we see on our TV screens and in public are controlled by the P2 Freemason lodge via the Vatican bank and a network of professional assassins. In other words most world leaders, when offered a choice between silver (a bribe) and lead (a bullet), have taken the Vatican bank silver.
Pope Francis, who has incredible secret power at his disposal, has, on the one hand, been purging the Vatican of pedophiles and saying and doing nice things but, on the other hand, he has failed to change the system at a fundamental level by doing such things as declaring a real jubilee (cancellation of all debt etc.).
Which brings us to finally deal with some information we have had for a long time but were not sure what to make of, and that is the fact Francis has openly said his god is Lucifer.

What is the role of the Luciferians as US President Donald Trump, the nominal head of the Western military industrial complex, carries out his tour of the top monotheistic holy spots, Arabia (notice he was not allowed into Mecca), Jerusalem and Rome? The question is, is Trump on a trip to try to save the old regime (Lucifer?) or is he aiming for something more historic, like initiating the dawn of a golden age?
Pentagon sources say that while Trump was in Saudi Arabia this past weekend, apart from making a $350 billion arms deal, he asked the Saudis to please keep selling their oil in US dollars so as to prevent the collapse of the US corporate government and its petrodollar system. However, the “Trump Saudi trip may not have stopped them from selling oil for yuan and non-dollars or turning east,” the Pentagon sources say.
Trump sucked up to Muslim leaders in a speech where he promised:

“The United States is eager to form closer bonds of friendship, security, culture and commerce,” and that “We are not here to lecture—we are not here to tell other people how to live, what to do, who to be, or how to worship. Instead, we are here to offer partnership.”

Unfortunately for the US, the new humble, promise to be nice approach must have seemed like a long-term domestic abuser showing up with flowers and promising never to hurt their partner again.
Trump’s threats to Iran and baseless accusations against Syria in his speech only helped to underscore the fact that, despite the rhetoric, the US Corporate government is beyond any hope of reform. His failure to mention that ISIS was the creation of the Khazarian mob is another sign that his speech was far from sincere.
However, white hats inside the US are on the case. For example, Trump son-in law Jared Kushner (who believes non-Jews should be slaves) is “under an FBI Russian probe that may extend to his illegal bribes for the $110B Saudi arms deal [announced by Trump], acting as unregistered agent of Israel, and providing nukes to menace Iran,” Pentagon sources say.
Also, “special counsel former FBI director Robert Mueller may be fired or forced to probe 911 since he was involved in the cover up and was installed to run the FBI by [former President George W.] Bush one week prior to 911.”
In addition, “Israeli cyber command unit 8200 may have engineered laptops to hijack and crash airliners, leading to more US-Russian cooperation while [US top general Joseph] Dunford met NATO military chiefs to discuss same.”
Plus, inside the US, the FBI is under-going a major purge of purge of cronies of former director James Comey, Hillary Clinton and Barack Obama, Pentagon sources say. As a part of this all files and tapes from Comey’s office were seized, they say.
Furthermore, James Comey as well as former close associates of Clinton like Anthony Weiner and Huma Abedin are negotiating to turn states evidence against Hillary and against the pedophile network in Washington DC, they say. In turn, Clinton is expected to rat on her bosses which may finally bring down the “deep state,” [Khazarian mob] the sources say.
Our own long term investigations have shown that the trail will eventually lead to Rome and the P2 Freemason lodge as well as to the BIS and the ancient bloodline families that control these institutions.
This brings us back to self-confessed Lucifer worshiper Pope Francis. Is he just a nice figurehead hired hand leader for the Satanists? Are the monotheistic faiths and the ancient bloodlines that have secretly controlled them for millennia going to reach an accommodation with the rest of the world?
So far, in a genuinely mysterious manner, lighting has struck the Vatican and Mecca. Is something overdue to hit Jerusalem?
In any case, Trump’s visit to Saudi Arabia, Israel and Rome will either be a last minute marketing effort by the old regime trying to survive or it will mean real fundamental reform in the monotheistic world. Will the old bloodline Satan worshipping families finally come out, tell the truth and ask the world for forgiveness? We could know more by end of the month but don’t hold your breath.
The Khazarian mob is also still stirring up trouble in the Ukraine, the Middle East and elsewhere, although admittedly on a much smaller scale than before. The latest trouble has been in Indonesia where paid mobs are trying to stir up religious riots, according to White Dragon Society sources in Indonesia. The financial trail behind the paid rioters leads to the Khazarian controlled Freeport McMoRan mine and it is clear the staged riots are just an attempt to grab gold, the sources say.
Here is a report from the Indonesia WDS source about the situation on the ground there:
“The latest update is that the FPI radical Islamists, ‘who are financed by the Soros organization and its affiliates,’ as I have been informed by my local intel contacts, turned over 2 buses belonging to the Dayaks with the passengers still inside, as they were parked on the side of the main road in Pontianak city…This is a Khazarian Zionist cabal operation… to divide the people of Indonesia, then step in and take over the show… I was also informed that ‘there are numerous westerners with white skin, wearing dark sun glasses, who are mingling in with the Dayaks, while they take photos and videos.’
In any case, as the old Arab saying goes, “the dogs bark but the caravan rolls on,” and the inevitable planetary changes are continuing to unfold regardless of what the Khazarians or the cabal monotheistic leadership do.
The military leadership asserting control in Russia, the US and China have more or less figured out what will happen to the Middle East, North Korea and the Ukraine. They will also continue to make sure that any and all attempts by Khazarian religious fanatics to start World War 3 and Armageddon will fail.
So now, in the real world, the future of India/China relations is expected to be the next big geopolitical issue that will need to be addressed. India finally raised its geopolitical hand recently by boycotting China’s One Belt One Road bash earlier this month. Ostensibly this is because OBOR calls for a major transportation route through territory India disputes with its neighbor and rival Pakistan. Basically though, India feels jealous and neglected as China basks in the geopolitical spotlight.
The fact is that India is definitely going to be the next big super-power and may one day rival and even exceed China. Take a look at the maps and charts in the following links to see why:

The first one shows that in terms of population, China with 1.4 billion people is closely followed by India with 1.3 billion. More importantly, as the second chart shows, 41% of India’s population is under 20 and growing quickly while China’s population is rapidly aging and headed towards shrinkage. India is also experiencing fast economic growth meaning its economic clout will soon match its demographic clout. The next phase will be Africa which has a rapidly growing population of 1.2 billion people.
What all this means is that while East Asia and the West have been negotiating a new global architecture, the rising powers of Africa and India will need to be accommodated into this in a fair manner if we are to avoid future troubles.