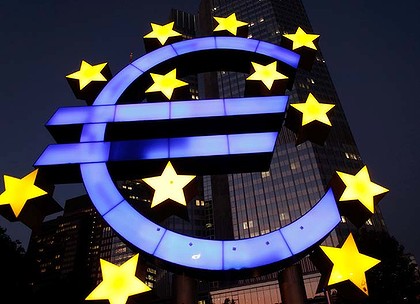 The situation in Europe is making it clear to all but the most brainwashed that something historical is taking place. What is happening is that the criminal element at the very top of the Western power structure, especially at the very top of the financial system, has been cut off from their money printing machine. As a result, the IMF and the major European and US money center banks are insolvent. No amount of lying or paper shuffling or propaganda is going to hide this fundamental truth. The governments of Greece, Ireland, Portugal, Italy etc. know that the debts they supposedly owe to bankers were created through fraudulent book entries and thus do not have to be repaid. That is why the banks suddenly announced that Greece only had to pay back 50% of their debt even though such a write off would destroy them. They are hoping for a tax payer bail-out that is just not going to happen. It is game over. The Rothschild banking nightmare is ending.

Even the highly brainwashed priesthood known as Western financial gurus and journalists are starting to realize that something is not right. The big announcement by European governments of a “solution” to the Greek and Euro crises is a case in point. If you analyze the announcement you realize that essentially the banks and governments are saying the banks will pay for 50% of the Greek debt with money they do not have. The governments say they will pay for it by “leveraging” the money they already have. They do not say who is going to be dumb enough to finance a bankrupt gambler who wants to quadruple his risk.

Please note that as soon as the “solution” to the crisis was announced, high level begging missions were sent to Asia, including French President Sarkozy. Why would they need to go to Asia to ask for money if they had come up with a solution?

The IMF, supposedly the world’s “lender of last resort” is also continuing to admit they have no money. The reason is that the IMF itself cannot prove that its money comes from legitimate sources.

The fact of the matter is that the criminal part of the world’s financial system is falling apart. The IMF will soon cease to be solvent. The same is true of the World Bank. The BIS is also in trouble. In fact, the entire Rothschild banking monopoly is in deep trouble.

The freeze of “trading platforms” remains in place, meaning that the controllers of the fiat system can no longer pump new money into the system. The best they can do is reshuffle money that is already in the system. New money will only start entering the global financial system once the new asset-backed system is in place.

“The IMF and the World Bank existed to force the Rothschild banking system on the countries of the world,” is how an extremely senior Chinese official explained the situation. “Our goal is to reboot the system, to start over and set all the parameters in a fair way so that all countries benefit from the pooled assets of the people of the world and not just Europe and North America,” he continued.

The original system was meant to have been run by the Swiss and protected by the Americans, he continued. “The basic failure was that the system of checks and balances failed and the people who were supposed to protect the system ended up abusing it,” he added.

What is now going to happen is that the 100 countries that have so far joined the new system started in Monaco in August, are going to implement the new system in four stages, according to a White Dragon Society source. The US military and agencies will be involved in this process right from the beginning, he added. Efforts to intimidate generals by using corrupt institutions like the IRS to try to repossess their homes will backfire and lead to criminal prosecutions.

The first step will be a lawsuit that will be filed before November 15th against the individuals and groups who abused the Federal Reserve Board system. This will lead to liens being placed against many of the largest financial institutions in the world, according to the filers. There will also be mass arrests.

The other steps have yet to be disclosed. However, some basic truths are already known. First of all, all honest businessmen and bankers worldwide will have nothing to worry about. Second of all, the money created through derivatives fraud will be eliminated from the books, even if that means bankrupting many of the big Western financial institutions. Third, major historical financial injustices will be addressed and stolen monies and assets will be returned to their rightful owners. This will be good news for the vast majority of Western citizens as well as the inhabitants of long exploited regions like Africa.

The international banking and payment settlements systems will remain in place after the reboot. This will mean the minimum possible disruption to legitimate business.

However, as mentioned earlier, the international institutions set up and controlled by a small group of Western oligarchs after World War 2 will be totally revamped.

China wants Europe to solve its own problems

“The Europeans, by turning to the Chinese, are showing their weakness” … Martine Aubry. Photo: Getty Images

LONDON: China has stressed it will not be a ”saviour” to Europe as the Chinese President, Hu Jintao, embarks on an official visit to the continent that will take in Thursday’s crucial Group of 20 summit in Cannes.

The warning came as the European Commission President, Jose Manuel Barroso, and the European Council President, Herman Van Rompuy, urged G20 leaders to use the meeting to address Europe’s debt crisis, saying measures proposed last week were not enough by themselves.

The French President, Nicolas Sarkozy, has said Beijing has a ”major role to play” in proposals to expand the European Financial Stability Facility to €1 trillion ($1.32 trillion), possibly through a special investment vehicle that would attract sovereign wealth funds.

One thought on “Is The Rothschild Banking Monopoly Finally About To Be Dismantled?”