After much soul searching, it’s been decided to restart The White Hats Report website in an effort to continue the work begun over 4 years and 47 reports ago. At that time, we suspended our reporting as other matters had to take precedence. In the meantime, Kerry Cassidy graciously provided me blog space on her Project Camelot website wherein I offered submissions periodically for posting and some sites linked to this blog including One World of Nations. 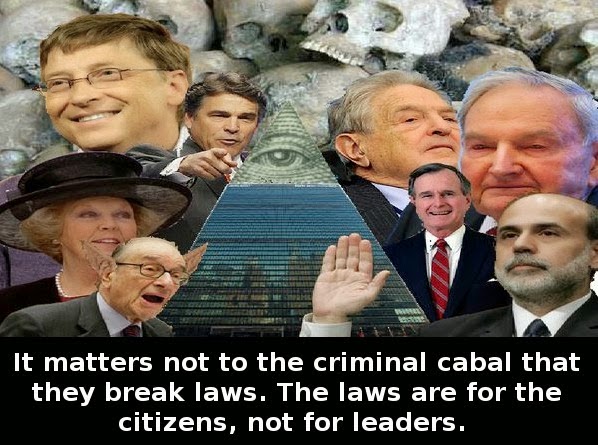 In addition, the furor over our failure to release #48 was addressed in my article entitled “About 48”. This was written for my blog at Project Camelot’s website in addition to being posted here. In this article, I attempted to clarify (1) Why report #48 was not released as promised; (2) The original purpose and objective of the reports and (3) the targeted audience of the White Hats Reports. I also stated the various reasons why report #48 wasn’t released, in part due to the total apathetic response to the historic speech delivered by Lord David James on February 16, 2012 in the House of Lords. He described the $15 trillion theft by the Federal Reserve in favor of Pureheart Investments, LTD. At the time, the approximate deficit of the US criminal government’s income tax obligation shortfall obligated future generations of Americans if not cosmetically enhanced.
And not a single word. Not a single investigation or rally or groundswell of outrage to effect change. The silence was and still IS deafening. Seems you all don’t care and condone the corruption of your government and the banksters who own your futures, your children’s future and their children’s future.
I also stated in “About 48” that just because we didn’t release #48 then we couldn’t release it in the future. That remains the case but until it appears that support from all corners of the US will be behind it, there’s no reason to even consider such a disclosure. Do we want clean governance and pro active media monitoring?
This time around, our focus will not be on the cabal or the politician/law enforcement/judiciary/corporate crowd as they have displayed before the world exactly where they stand by doing absolutely nothing about the deep corruption of the financial system. Our focus this time will be you, the readers. After my response to a troll blogger at another site went semi-viral, being dubbed “Paladin’s Manifesto” by Kerry at Project Camelot, the response from you, the readers, has been overwhelming. It’s both humbled and heartened me and is the impetus behind us resuming the battle in a very public and directed way. Also, we have the backing of key, well placed senior entities whose probity is beyond question.
There’s no room for egos in the battle against the cabal as it fractures, divides and distracts us from our main goal and that remains total freedom. Joining hands and forces with other warriors in the battle to break the chains of our slavery is the ultimate goal.
“The Matrix is a system, Neo”
The tax system, the social media system, the government health care system, the political system, the banking system, the welfare system and all the other “systems” form the invisible prison we live in today. Through the owned media rock stars, these systems are introduced, promoted and defended by the ever running Agency run propaganda machine. As good slaves, we all buy into the control mechanism that keeps us in chains.
“But when you’re inside, you look around, what do you see? Businessmen, teachers, lawyers, carpenters. The very minds of the people we are trying to save.”
We’ve become the shining example of “boiling the frog”. We take the bait of social media or the health care system and immerse ourselves in THEIR matrix, like a mindless fish, swallowing the bait hook, line and sinker. Rather than give pushback every time they tried to take an inch, we’ve sat back and allowed the inches to turn into feet and now it’s a mile every time a new piece of the agenda (21) is introduced. And we continue to adapt without even voicing objections, too busy with latest twitter trend or checking our facebook accounts to be bothered. We have become enraptured with mediocrity.
“But until we do, these people are still a part of that system and that makes them our enemy. You have to understand, most of these people are not ready to be unplugged.”
With the water getting a bit hotter and we learn to adapt to less freedom, we start to espouse their immoral views and stances, further taking ourselves down that dark hole to the abyss, soon to be unable to think for ourselves or do for ourselves, completely dependent on the puppet Masters to determine our entire existence. As they have planned and programmed society today.
“And many of them are so inured, so hopelessly dependent on the system that they will fight to protect it.”
We give in to their immoral codes and satanic rituals, soon adopting them as our own because it’s the politically correct thing to do, violating nature’s laws and the Creator’s laws in the process…..to our own detriment.
Reality
Those of you who’ve gotten wind of our restarting this blog were perhaps hoping we had something positive to announce, I’m sorry to disappoint you. The cold, harsh reality is, things are bad and they’re going to get much worse unless we all take action. The Chinese are in a battle against the European bloodline families for control of the financial system and given they’ll be backing it up with gold, who do you think will win? And they won’t be saving the US or you in the process, we HAVE to save ourselves. If we continue smoking the hopium promoted by the mainstream media and the cabal’s internet shills, we’ll be the ones left standing when the music stops.
Challenge

The positive response to my “Manifesto” has rallied the “troops” to give it one more try, one last attempt to right the wrongs, set things straight and take back our country, lives and heritage. So it’s time to decide whether you wish to lead, follow or get out of the way.
Those of you who wish to lead, it’s time to step up, be counted and make a difference. We’ve sat around the campfire and discussed the response of the public to all the rumored mass arrests. I’ve got news for you, it isn’t happening. Who will do the arresting? The same corrupt law enforcement gangs who’ve allowed the criminals to build their empire in the last 100+ years? The same politicians who are beholden to the puppet masters for their government stipend funded by the taxpayers?
If you wish to follow or support, then we will assist with that in every way possible.
And for those of you who need to get out of the way…..if you aren’t for us, you’re against us. If you “fight to protect it” as Morpheus says, you’ll become our enemy as well. If your children and grandchildren aren’t important enough to save, then GET OUT OF THE WAY.
The world we live in is changing rapidly and if we want a seat at the table to determine our future, we need to act NOW. Rest assured there will be a sorting out process in the coming weeks and months to determine the new direction of the country and the world.
Times have not stood still. Other warriors of freedom in the fight with us, have affected major gains in Global relationship development, and have a freedom window of dialog into the foremost Asian policy debating groups. The very relationships we need to be cultivating if we are to have any representative consideration in the new, emerging and fast changing world evolving in ways diametrically opposed to the Cabal and corrupted Western Fiscal systems of control. We have good Allies, we are not alone.
We have a window of opportunity that will not stay open forever so the time to ACT is NOW.
Posted by The White Hat Reporters at 11:00 AM
One of the significant sources of funds for the fascist Nazionist Jesuit Khazarian Mafia is the healthcare industry which registered a whopping $3.09 trillion in 2014, and is projected to soar to $3.57 trillion in 2017, in the US alone.
We can help take down the Dark Cabal by avoiding drugs, defeat any viral attack and scaremongering easily by knowing how to build our own comprehensive antiviral system. Find more about it here.