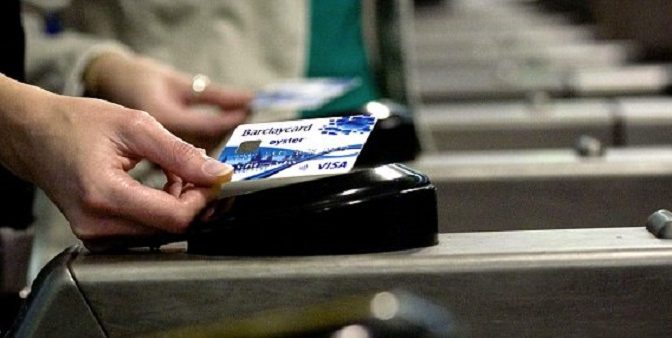 The highly anticipated elimination of cash in favor for full electronic transactions is about to be implemented in Norway, Denmark, and Sweden.

“The largest bank in Norway has called for the country to stop using cash, the Local reported Friday. This comes as the latest move in a country that has been leading the global charge toward electronic money in recent years, with several banks already not offering cash in their branch offices and some industries seeking to cut back on paper currency.

DNB, the bank with the proposal, has said eliminating the use of cash would cut down on black market sales and crimes such as money laundering.”

Money laundering?
Yeah, they can always find some stuffs to justify their sinister agenda. But who exactly is behind money laundering if not the drug traffickers in the CIA, in deep collusion with the top banks and with places which only few would dare expect and pry their eyes on to, like the Vatican Bank?

To make this highly deceptive idea more palatable, the banning of the use of cash will be dangled on to hapless masses via a debit card with regular monthly stipend for every adult in Finland and elsewhere.

“Finland is planning to shell out $876 per month per adult to replace existing benefits. The existing monthly social security stipend is for them socially degrading. But the ultimate rationale is for the Finnish government to reduce the unemployment which is currently at 15-year high.”

The banning of cash is expected to further strengthen the power of the banks to control the flow of capital by avoiding cash hoarding, and the government’s ability to tax and charge fees on your bank deposit will be greatly enhanced.
With unitary payment medium for the exchange of goods and services, the bank’s ability to hide and mask the true value of the whole fiat economy will be greatly heightened, and in line with that, the Federal Reserve itself is now prescribing the creation of more debt to make the banks “safer and highly leveraged.”

“We are in the midst of an unprecedented collapse in commodity and oil markets, fueling fears about every kind of debt from emerging markets to junk bonds held in U.S. listed Exchange Traded Funds (ETFs). In this midst of this raging fear, what has the U.S. Federal Reserve proposed? It’s proposed a plan to make banks “safer” by making them issue more debt and become more highly leveraged. We’re not kidding folks.”

This is on top of the earlier plan by Goldman Sachs to use its own crypto-currency analogous to Bitcoin.
This is the double whammy of illusory money being used in usury, and the rest of the world are tired participating in that. But wait.
Other countries are expected to follow suit as leaked during last year’s Bilderberg Meeting where they proudly announced that their age old agenda of dictatorial control through the misuse of technology is right on track. This may include China.

“The PBOC is targeting an early rollout of China’s own digital currency to “boost control of money” and none other than The IMF’s Christine Lagarde added that “virtual currencies are extremely beneficial.”

With the widening of surveillance mechanisms through the passage of CISA and very soon, the tightening of the corporate controls on government via the secretive TPP, we are now seeing a systematic march indeed towards technocratic dictatorship where every subject of the empire is at the mercy of the pre-programmed machines.

To put it simply, the planned banning of cash transactions will give them more tangible power over every faithful in Europe by, among other things, surreptitiously skimming on everyone’s deposit at the press of a button. They could also steal outright the entire wealth to defeat everyone’s ability to survive, and we wonder why nobody from the West, where the whole idea came from, is throwing down the gauntlet so hard against this issue.
Another discomforting thing is, why is China planning the same thing?
Is it really just China’s honest measure to stop money-laundering, after all, their entire economy is now fully industrialized and the whole idea of crashing down the fiat system might be defeated by the illegal asset-backed capital flight?
We may be focusing our full attention on the global efforts to neutralize the Rothschild Khazarian Mafia by the BRICS, but what if the whole idea of global reforms is to lure us all into a one big fully automated prison cell?
That is a great possibility, too.
But as Neil Keenan would love to say, “It could only happen if we allow them to do so.”

Which brings us to the brighter side of what’s been happening so far.
Our friend, John, has been telegraphing us with some interesting articles, among which is about “The law for ever forfeits the UK, Scotland, Ireland and Canadian monarchy.”

“The UK, Scotland, Ireland and Canada has no legitimate Queen and the people of the UK, Scotland, Ireland and Canada are for ever absolved of their Allegiance to the illegal monarchy.  The monarchy of Elizabeth II and her heirs was “for ever” forfeited by the laws that govern the monarchy, when Elizabeth II did “hold Communion with the See” and “with the Church of Rome (the Catholic Church) and did openly “prefesse the Popish Religion” at her own coronation, on June 2, 1953.

The Act of Settlement law clearly states, “That all and every Person and Persons that then were or afterwards should be reconciled to or shall hold Communion with the See or Church of Rome or should professe the Popish Religion or marry a Papist should be excluded and are by that Act made for ever [incapable] to inherit possess or enjoy the Crown and Government of this Realm and Ireland and the Dominions thereunto belonging or any part of the same or to have use or exercise any regall Power Authority or Jurisdiction within the same And in all and every such Case and Cases the People of these Realms shall be and are thereby absolved of their Allegiance”

The law irrefutably declares, Elizabeth II has no right, whatsoever, “to inherit possess or enjoy the Crown and Government of this Realm and Ireland and the Dominions thereunto belonging or any part of the same or to have use or exercise any regall Power Authority or Jurisdiction within the same”.

The evidence proves, beyond any reasonable doubt, that Elizabeth II is not the Queen of the UK, Scotland, Ireland, Canada or any Commonwealth nation.  A copy of the transcript (http://www.oremus.org/liturgy/coronation/cor1953b.html) of her coronation shows Elizabeth II did “hold Communion with the See” and “with the Church of Rome (the Catholic Church) and did openly “prefesse the Popish Religion”.  Section VI. The Beginning of the Communion Service of the coronation transcript clearly proves Elizabeth II did “hold Communion with the Church of Rome” and did “professe the Catholic Faith”, by declaring “And I believe one Catholic and Apostolic Church“, in violation of the law.

Is the above Windsor-Bauer defeat the reason why UK joined the China-led AIIB and why Xi Jinping was accommodated at the Buckingham Palace in his official State visit to London last year?
Is this proof enough to say that the bogus UK Monarchy is now critically aligned with the BRICS, and the Rothschild banking dynasty is officially defeated, and what is happening in the Middle East right now is just one big cleanup operation against hard core Satanists?
If so, is the recent move to ban the use of cash aimed at preserving the power of the banking families of Europe, while upholding peace with Asia and the Middle East, is part of that whole agreement with the BRICS for worldwide peace?
One thing is for sure though is the obvious lack of Asian appetite for controlling other cultures. If the West is content with their fiat economy, then that is their prerogative but they could not use that same fiat currency to interface with the BRICS anymore.
Instead, those BRICS countries which are now using asset-backed currencies are demanding the same asset-backed currencies from the West for buying their products and services, which led to the drying up of the London-based Baltic Index immediately after the holidays.

Considering that there is only limited hard currencies in the West, and a very high percentage of these currencies only exist on paper, or worse, computer bits, this could be the reason why a shift to electronic currency is needed, you know, to further the illusion of wealth and avoid internal backlash. The bonus benefit for the Oligarchy would then be its ability for Orwellian control, as already stipulated above.
In short, we are now in a situation where two capitalist systems exist in parallel, i.e. the BRICS’s asset-backed economy and the, not just the continuance of, but a greatly enhanced, Western fiat financial system, or the full automation of virtual currencies.
So, it is really all up to the people in the UK, the whole of Europe, and the United States, to rectify the mistakes that are about to be made and all those that have already been made against them, and those that have been done against other people, too, in their name.