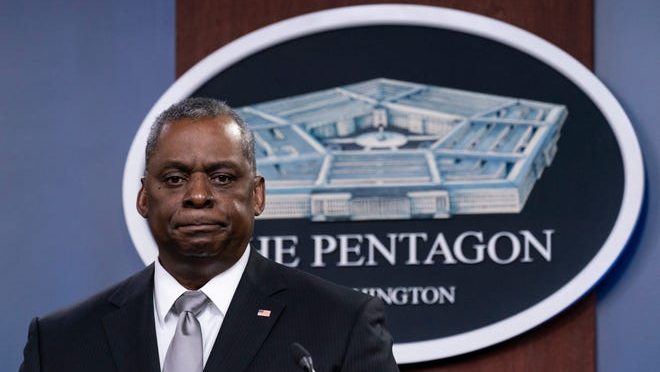 The United States military Thursday (Feb. 25) carried out airstrikes targeting Iranian-backed militias in Syria in retaliation for rocket attacks on U.S. targets in Iraq — the first military action undertaken by the Biden administration.

The strikes reportedly resulted in multiple deaths — a grave violation of international law, according to Notre Dame Law School professor Mary Ellen O’Connell, a respected expert on international law and the use of force.

“The United Nations Charter makes absolutely clear that the use of military force on the territory of a foreign sovereign state is lawful only in response to an armed attack on the defending state for which the target state is responsible,” O’Connell said. “None of those elements is met in the Syria strike. There is no right of reprisal, right to use military force for deterrence, right to attack Iran on the territory of Syria, or right to use major military force in response to the type of violence that occurred last week.

“President Biden has done much to restore the United States’ standing in the world in a short time following the chaotic years of the Trump administration,” she said, “but among Trump’s lawless actions were reprisal attacks in Syria.”

In 2017 and 2018, President Donald Trump ordered dozens of Tomahawk missile strikes on Syria in retaliation for chemical weapons attacks. But, O’Connell said, international law “clearly and unreservedly” prohibits the use of military force for retaliation, reprisal or deterrence.

“President Biden has named an effective diplomat to resolve issues with Iran,” O’Connell said. “But Robert Malley’s job just became far more difficult if not impossible. Malley is supposed to tell Iran that it has a duty under international law to comply with the Iran nuclear deal. What about the U.S. duty under the United Nations Charter?”

Iran has a grievance for the 2020 assassination of Commander Qassem Soleimani, a senior Iraqi security official. The criticism for that killing, along with nine others who were with him, led to a Congressional resolution restricting the president’s right to attack Iran.

“Congress should have demanded that the president adhere strictly to the law,” O’Connell said. “President Biden wants the world to recover better from the pandemic. He has promised respect for the law, especially following the Jan. 6 attack on the capitol. The law forbids retaliatory military force.

“This lawlessness will not lead to stability in the Middle East,” she continued. “Quite the opposite. Even if Iran does not counter-attack, unlawful military action will not advance any appropriate policy. For the U.S. to achieve the stature it should enjoy in the world, we must respect the rule of law. And the rule of law begins with the prohibition on the use of force.”

O’Connell is Notre Dame’s Robert and Marion Short Professor of Law and Research Professor of International Dispute Resolution in the Kroc Institute for International Peace Studies. She is the author of “The Popular but Unlawful Armed Reprisal,” and is co-author of “Self-Defense against Non-State Actors.” O’Connell has served as a Fulbright Fellow at the Norwegian Nobel Institute and also has been a professional military educator for the U.S. Department of Defense.

Mark Taliano combines years of research with on-the-ground observations to present an informed and well-documented analysis that refutes  the mainstream media narratives on Syria.