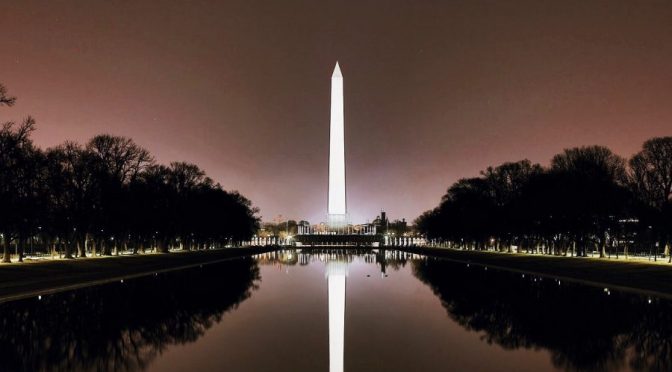 Last week saw a major victory for humanity as the Khazarian mafia lost its grip on all three centers of Western power-Washington D.C., London, and Rome, according to Pentagon and other sources. Each of these capitals has an obelisk, variously symbolizing military, financial, and religious power.

Trump declared Americas independence from the Deep State on July 4, as Russian President Vladimir Putin meets the Pope and Boris Johnson becomes Prime Minister of the UK in a no-deal Brexit, giving white hats control over the three obelisks of global power, was how Pentagon sources summed up the situation.

This means the undeclared civil war in the West is mostly over.

Now a unified West will negotiate with the rest of the world, especially Asia, on how to improve the way we run our planet, multiple sources agree. Of course, this will take time, so don’t expect any sudden, dramatic announcement yet, the sources warn.

The battle that led to this victory in the undeclared Western civil war was seen in the news in the form of various seemingly unrelated news events. These included the sinking of a Russian submarine, earthquakes at a U.S. naval base, the arrest of pedophile blackmailer Jeffrey Epstein, and more.

Lets start with the Russian submarine.

What is not being reported is that the submarine was attacked in revenge for the sinking of an Israeli submarine in the Persian Gulf, according to Russian and U.S. military sources.

Early reports, since deleted, on the Mossad-linked Debka site tried to blame the sinking of the Russian sub on the Americans, in yet another obvious Israeli attempt to start World War III.

Pentagon sources say, The special-purpose nuclear Russian submarine Losharik may have been fried by a directed energy weapon that failed to trigger WW3, but its cabal controllers may have reaped instant karma with not just one but two quakes at China Lake Naval Air Weapons Station in Southern California.

Seismographs of the California quakes bear the distinctive signs of being the result of explosions and not natural Forces.

Please start at the 2:28 second mark on this video to confirm.


The Russian submarine controlled a Russian doomsday nuclear unmanned underwater drone, and the officers died preventing it from being launched, Russian sources say. That’s why the families of the dead Russian soldiers were told their relatives averted a planetary disaster.

The base that was attacked was part of the Nazi Paperclip base complex that includes the notorious Area 51, Pentagon sources say.

It is interesting in this context that Nazi Jeb Bush put out the following Tweet just hours before Trump announced victory of the Deep State:

Bush was undoubtedly angry and scared, since his parents Barbara and Herbert Walker Bush were executed and his brother George Bush Jr. Arrested. One can assume Jeb has also been arrested following this treasonous Tweet.

The takedown of Israel, pedos, and Zionist blackmail operation began July 6 with Mossad agent Jeff Epstein arrested for the sex trafficking of minors, and this may lead to many more arrests, Pentagon sources say.

While being in Epstein’s black book itself is not a crime, it is a good indicator that people in the book were tempted with underage sexual partners and subsequently filmed and blackmailed if they succumbed to this temptation.

Donald Trump was also a visitor to this island, and presumably time will tell if he resisted temptation or not.

Since Trump’s Russia investigator Robert Mueller was close to Epstein and since fired FBI director James Comey’s daughter is part of the team that arrested Epstein, we can be sure Trump’s involvement (if any) will not be glossed over.

The fallout from the Epstein arrest is likely to continue for some time. However, the fact that he was arrested and 2,000 pages of information related to his previous arrest and conviction have been made public means this will not be swept under the carpet.

Thus, it is a major victory against the cabal.

In any case, despite victory in the West, the battle for the planet as whole is far from over.

It now looks like the Khazarians are activating their Iranian sleeper cells to start World War III. Remember, Marc Rich of Glencore Commodities (pardoned by Bill Clinton) was paying both Iranian and Israeli government officials from the profits of the bomb Iran oil futures manipulation scam for decades.

What this scandal has revealed is that there are Khazarian mafia fifth columnists at the highest level of the Iranian government.

The German Khazarian faction and their EUSSR are still probably going to try to stir up trouble in the Ukraine and other parts of Eastern Europe as well.

Last week they showed the whole world that the EU was not a democratic institution by ignoring the EU Parliament and imposing German Defense Minister Ursula von der Leven as President of the European Commission.

Meanwhile, last week the British chose to remind the Europeans that they still have the technical ability to shut off the Baltic and Mediterranean seas.

They did this by sending the largest UK naval squadron since World War I to the Baltic Sea along with ships from seven allied nations.

Around the same time, the British seized an Iranian tanker going through the Strait of Gibraltar.

Brittania may no longer rule the waves, but apparently they can still rule the Eastern Atlantic. We assume this posturing is linked to ongoing Brexit negotiations.

The U.S. military, in contrast to the saber-rattling British, is forming a budding alliance with Russia. Apparently, handing a U.S. F-35 fighter plane to the Russians helped seal the deal. This is the Christian alliance they have long been asking of Russia. That’s what was behind last weeks meeting between the Pope and Putin, say Pentagon sources. This will be visible to the public in weapons deals.

To shake up the military-industrial complex even further, Trump may not sanction Turkey, India, and China for buying Russian S-400 anti-aircraft missiles, and Egypt, Iraq, Qatar, Korea, Vietnam, Saudi Arabia, and Morocco may follow, the Pentagon sources explain.

There is also going to be Special Forces action taken against the major tech giants Google, Facebook, and PayPal, promise CIA and P2 Freemason sources.

This, combined with the above-mentioned attacks against the China Lake facility, are part of an ongoing offensive against the California-based satanic nexus, they say.

For some background on this, watch the following interview of a witness to satanic infiltration of the U.S. military in California.

It talks about a Colonel Michael A. Aquino, whose name we have frequently run across when investigating the link between high finance and satanism.


Speaking of satanists, we would like to inform readers that our website troubles last week were caused because our webmaster became, according to the technical (medical term), crazy as a fruit bat.

(Dont get me wrong, I have nothing against fruit bats; some of my best friends are fruit bats, but�you know what I mean.)

Seriously, though, it appears he was poisoned with PCP or angel dust by a honey trap sent by Japanese gangsters subcontracting for the Khazarian mafia.

The PCP was apparently contained in a skin cream he was given. He is recovering now.

This is not the first time this has happened. Previously, the Gnostic Illuminati agent Alexander Romanov was poisoned with PCP-laced marijuana after contacting us.

In both cases, they suddenly became paranoid and megalomaniac. They also started to see everyday objects, like playground equipment, as Earth-destroying superweapons, or alien artifacts.

Romanov also eventually recovered, but was involuntarily confined to mental hospitals three times in the meanwhile. We know exactly who did this and what their chain of command is.

There are other names we are aware of but are withholding for now for operational Reasons.

However, we would like to end our report this week on a more upbeat note by pointing out some good news items. One was the launch of an African trade bloc uniting 55 nations and 1.3 billion people.

Demographics make it clear that, while the Asian age is beginning, India and Africa, with their much younger and growing populations, will be next.

Finally, we were encouraged by a report that identifies an area the size of China and the U.S. combined which is not being used for agriculture that could be easily reforested with native trees.

The report calls for the planting of 1.2 trillion trees in these areas as the cheapest way to stop environmental destruction.

This may seem like a lot, but this writer has personally planted over 300,000 trees (roughly 1,300 trees a day over four spring planting seasons totaling 240 days).

This means it would only take 4 million people less than a year to reforest 11% of the worlds land area. It shows how easily we could solve the planets problems if we had competent leadership.

That’s why its so important to defeat the cabal of religious fanatics who are trying to start World War III. That’s why we must fight until victory.

Cripple the Deep State organized criminal cabal and eliminate the threat of cancer at the same time by boycotting Big Pharma for good.