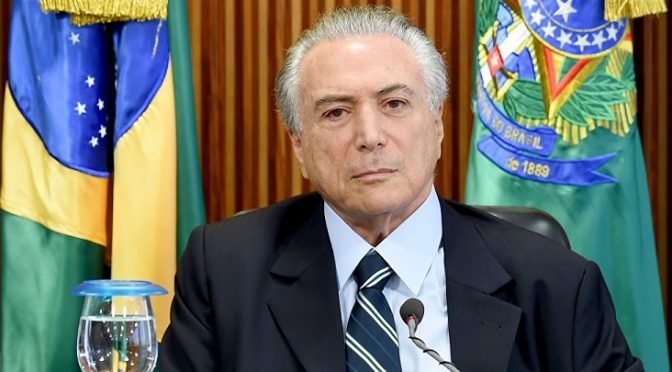 The Khazarian corporatists working behind the scenes in Brazil succeeded in dividing the nation in their favor by installing a Wall Street friendly Vice President Michel Temer at the helm. This covert coup should allow them access to vast energy resource that is until now controlled by the government of Brazil.
This successful coup should also affect the integrity of the BRICS Alliance.

15 thoughts on “Khazarian Cabal Succeeds in Sowing Turmoil in Brazil”