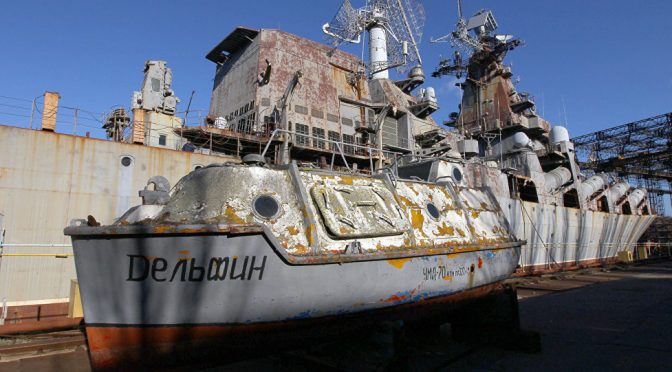 Following Sunday’s international incident in the Kerch Strait, the UN Security Council held two meetings for member states to address this issue. Russia’s foreign ministry has accused Ukraine of coordinating a ‘pre-planned provocation’. The preponderance of evidence surrounding this event would strongly suggest that this is indeed the case.
Predictably, NATO issued calls for “Russia to ensure unhindered access to Ukrainian ports and allow freedom of navigation,” and for Russia to respect “Ukraine’s sovereignty and territorial integrity.”
In a new development, Russian officials announced that Ukrainian intelligence officers were on board the boats and directed the provocation. Russia released video of a group of captured Ukrainian sailors admitting to deliberately violating naval protocol in Russian territorial waters.
Ukrainian authorities have admitted this was the case, but claim that “the practice is normal” to place intelligence agents on Ukrainian Navy vessels.
South Front reports…


The Russian Federal Security Service (FSB) said on November 26 that it has questioned Ukrainian servicemen who were detained following the maritime incident in the Kerch Strait.
The FSB released a video footage of the questioning session with:

The Ukrainian servicemen confirmed that they were acting on a direct order from their command and the November 25 maritime incident was a pre-planned provocation.
Radio requests [from Russian border guards] were deliberately ignored.There were firearms and machine guns with munitions onboard. I was aware that these were provocative actions,” Lesovoy stated adding that the formal goal was to reach Mariupol [the Sea of Azov] from Odessa [the Black Sea] through Kerch Strait.
The Ukrainian intelligence officer, Drach, confirmed that the Russian side was working to prevent an armed clash in the area.
“We entered Russia’s territorial waters where the Russian coastal guards warned us that we were violating Russia’s laws. They told us to leave the Russian territorial waters,” he said.
However, the Ukrainian naval group was ignoring the warnings.
“We continued to move. We were contacted by Russian ships which warned us they would open fire if we did not stop, The commander stopped the boat, and we were detained. That’s all,” Tsybizov said.
The FSB further revealed there were two Ukrainian intelligence officers coordinating the provocation on board of the ships.
“The Ukrainian warships entered Russia’s territorial waters at a direct order from the Kiev authorities. The warships trespassed into the Russian territorial water that had enjoyed this status even before Crimea’s reunification with Russia. The provocation was coordinated by two Ukrainian Security Service officers who were aboard the Ukrainian ships,” the FSB said in a statement.

Ukrainian dictator Poroshenko’s motivation to cooperate with this latest NATO provocation against Russia is to control the outcome of the upcoming elections by way of the subsequent martial law declaration.
For Trump to cancel his meeting with Putin is to feed the hysteria for war, which should play nicely with more arms delivery to Ukraine using US taxpayers’ money, just like Trump needs to feed the military industrial complex, too, with what he is doing with the THAAD delivery to Saudi Arabia, in the aftermath of the Khashoggi murder.