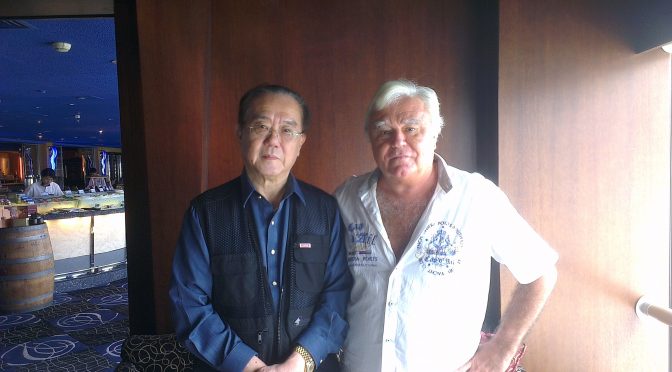 This is it, folks. The tide has turned in favor of the survival of the planet. We are winning; the Cabal is losing in all fronts.

The frequency of updates from the “battlefield” is increasing and very positive. Here’s the latest from The Keenan Group.

Let it be understood that said assets will be used to eliminate global poverty, end all wars, and redevelop the planet into what can only be seen in Science Fiction movies.

The technologies are already here. The Vatican Mindset is just forestalling them.

September 4, 2013 –  The pace of events accelerated this week as The Keenan Group’s campaign to clean up the Global Collateral Accounts reaches a critical phase.  In the wake of support from the emerging global security force, backed by a new (and legitimate) global human rights court, potential new allies have appeared on the scene, as powerful Asian asset-holders made contact with Mr. Keenan in recent days to request his assistance in regaining control of the Accounts.  Keenan had already established a partnership with powerful Asian clans through his meetings with the influential S.C. Chiang in Hong Kong, who then opened channels for Mr. Keenan to Indonesian royal asset-holders.  Now, additional depositor families are making contact.

Representatives from one of these groups informed Keenan that “more than a billion” people have been following his efforts.  He has received an invitation to travel to China to meet with a number of representatives to coordinate action on the Accounts.  Mr. Keenan informed this writer earlier today that he plans to keep his focus on Indonesia for the present, while opening conversations with additional asset holders throughout Asia.

Meanwhile, the Keenan Group (as a global foundation) has received an offer of sovereign status and diplomatic immunity.  This would eliminate a number of thorny issues for the foundation’s financial dealings and international travel, which have hampered progress in recent weeks.  This status is expected to be confirmed in the coming days.

Throughout these encouraging developments, Neil Keenan has not forgotten his friend and partner Martha “Nelu” Wibawa, who remains in a Jakarta prison cell.  Months of delays and blatant illegalities have been used to keep Mr. Wibawa in jail, creating a damning case, in Keenan’s view, of human rights violations that will require the attention of the new global court. Keenan paid a personal visit to the lower court yesterday to determine the status of critical paperwork that has been mysteriously prevented from reaching the Higher Court.  The scene that played out called to mind Neil Keenan’s famous “April Eruption” in the courtroom following Prosecutor Tanti’s mysterious objection.

On learning that Nelu’s file had sat untouched for many months while the Supreme Court waited for it, Keenan’s fine Irish rage reached the stage that those of us who’ve seen it regard as just short of volcanic….somewhere between Vesuvius and Mt. St. Helens.   Let’s just say that the force of Keenan’s personality, combined with news of the emerging power of the new global human rights court, may suffice to kick loose a few stubborn obstacles that have been placed in the way of Nelu’s freedom.  A follow-up visit today by Keenan’s associate, Inchul Kim, brought confirmation that the important papers are now on their way.  In any case, it has been made very clear to the Jakarta officials that “the whole world is watching.”  We will be keeping close watch on further developments.

Neil informed this writer that he intends to maintain his focus in Indonesia for the present (where he now has many good friends), because Indonesia’s history is at the center of the Global Accounts story. As powerful new partners come to the table, he plans to expand the Keenan Group’s work to encompass the full picture of the legitimate depositors, presenting a united front in the battle to win back control of the planet’s wealth from the corrupt Western oligarchy.