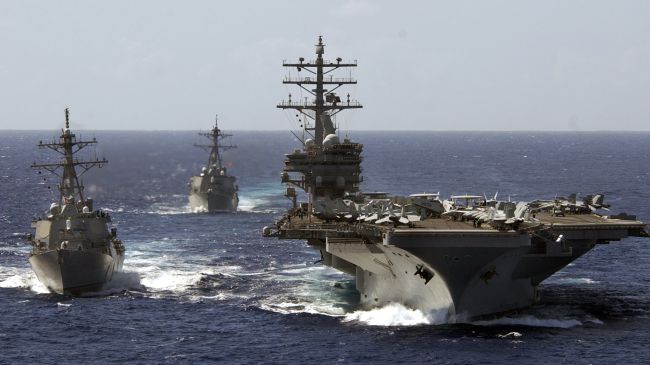 There’s a need for the world to unite against the corporate regimes of the United States and Israel for their “endless lies and slaughters.”
These are the words coming from independent analysts like Pepe Escobar, Noam Chomsky, and Paul Craig Roberts, to name a few.

World must ban US, Israel as criminals: Analyst

The United States and the Israeli regime are the major criminal elements in the global arena and the international community must boycott them, says a political commentator writes for Press TV.
Paul Craig Roberts wrote in a recent article for the Press TV website that the world “prepares its own demise” by tolerating “endless slaughters and endless lies” of the United States and Israel.
“The only hope for life and truth is that the world unite against these two criminal governments, isolate them diplomatically and economically, and make it impossible for their…officials to travel abroad without being arrested and placed on trial,” he said, adding, “Why does the world need Washington and Israel? Unless the world has a death wish, the world does not need Washington and Israel.”
Elsewhere in his comments, Roberts slammed the United States and its European NATO allies for escalating pressure against Russia, which could ultimately lead to a potential world war.
“The deadly consequences of such a war would extend beyond Russia, Europe, and the US to the entire world. The Western use of lies to demonize Russia endangers life on earth and reveals the West to be both reckless and irresponsible,” Roberts wrote.
The analyst also criticized the global community for its silence over the West’s “recklessness and irresponsibility.”
NATO has held a number of war games in Eastern Europe after Ukraine’s Autonomous Republic of Crimea integrated into the Russian Federation following a referendum in March.
NATO has also reinforced its air patrol over the Baltic region, with radar-equipped aircraft making regular flights over the territories of Poland and Romania.
In June, the Western military alliance held military drills near Russia’s western border. Nearly 5,000 troops and 800 military vehicles from 10 NATO member states, including the US, Britain and Canada, participated in the war games near the Latvian capital, Riga.
Russia sees the Western military alliance’s moves as a sign of aggression amid the crisis in Ukraine.
ASH/HSN/SS
source »
Please support us by downloading our Towards Healthcare Emancipation – Premium Edition, a fully illustrated eBook about how you can implement a low cost but extensive and decisively effective healthcare system in the comfort of your own home.
With this eBook you can easily defeat cancer, AIDS and all other parasitic diseases for good. Find out more about it here. The proceeds from this book will be used to fund our next project, Towards Energy Emancipation. The aim is to make the subject of free energy more understandable for the layman so that anybody could replicate and install his own power plant and be completely living off-grid.
If you haven’t done so, please like our FB page to encourage others to learn more about our work. Thank you very much for your valuable support.

2 thoughts on “World Should Unite vs. United States & Israel”