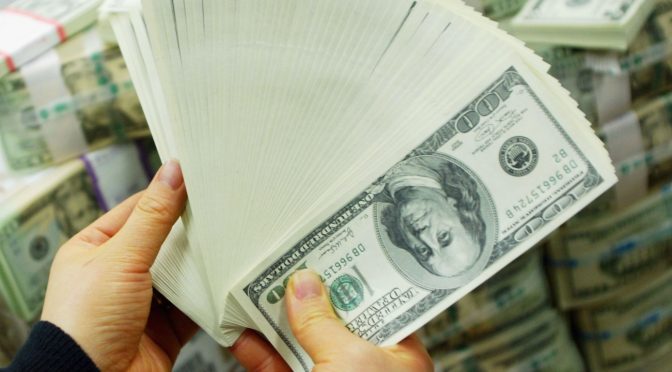 It’s already election season in the United States and the circus caravan is already smoking along its tracks.
Interestingly, politicians have been very candid about the significant influence of the moneyed class in the political direction of our society. Except for Hillary, these politicians are happy to admit they are already bought even before they’ve joined one of the greatest shows on Earth.

Make no mistake about it, i.e. this phenomenon is not new and exclusive for the Americans. Corporatocracy is all over the globe.

Jon Schwarz✉[email protected]​[email protected]
One of the most embarrassing aspects of U.S. politics is politicians who deny that money has any impact on what they do. For instance, Tom Corbett, Pennsylvania’s notoriously fracking-friendly former governor, got $1.7 million from oil and gas companies but assured voters that “The contributions don’t affect my decisions.” If you’re trying to get people to vote for you, you can’t tell them that what they want doesn’t matter.
This pose is also popular with a certain prominent breed of pundits, who love to tell us “Don’t Follow the Money” (New York Times columnist David Brooks), or “Money does not buy elections” (Freakonomics co-author Stephen Dubner on public radio’s Marketplace), or “Money won’t buy you votes” (Yale Law School professor Peter H. Schuck in the Los Angeles Times).
Meanwhile, 85 percent of Americans say we need to either “completely rebuild” or make “fundamental changes” to the campaign finance system. Just 13 percent think “only minor changes are necessary,” less than the 18 percent of Americans who believe they’ve been in the presence of a ghost.
So we’ve decided that it would be useful to collect examples of actual politicians acknowledging the glaringly obvious reality. Here’s a start; I’m sure there must be many others, so if you have suggestions, please leave them in the comments or email me. I’d also love to speak directly to current or former politicians who have an opinion about it.
• “Now [the United States is] just an oligarchy, with unlimited political bribery being the essence of getting the nominations for president or to elect the president. And the same thing applies to governors and U.S. senators and congressmembers. … So now we’ve just seen a complete subversion of our political system as a payoff to major contributors …” — Jimmy Carter, former president, in 2015. (Thanks to Sam Sacks.)
• “You have to go where the money is. Now where the money is, there’s almost always implicitly some string attached. … It’s awful hard to take a whole lot of money from a group you know has a particular position then you conclude they’re wrong [and] vote no.” — Vice President Joe Biden in 2015.

• “Lobbyists and career politicians today make up what I call the Washington Cartel. … [They] on a daily basis are conspiring against the American people. … [C]areer politicians’ ears and wallets are open to the highest bidder.” —

• “When you start to connect the actual access to money, and the access involves law enforcement officials, you have clearly crossed a line. What is going on is shocking, terrible.” – James E. Tierney, former attorney general of Maine, in 2014.
• “Allowing people and corporate interest groups and others to spend an unlimited amount of unidentified money has enabled certain individuals to swing any and all elections, whether they are congressional, federal, local, state … Unfortunately and rarely are these people having goals which are in line with those of the general public. History well shows that there is a very selfish game that’s going on and that our government has largely been put up for sale.” – John Dingell, 29-term Democratic congressman from Michigan, in 2014 just before he retired.
• “When some think tank comes up with the legislation and tells you not to fool with it, why are you even a legislator anymore? You just sit there and take votes and you’re kind of a feudal serf for folks with a lot of money.” — Dale Schultz, 32-year Republican state legislator in Wisconsin and former state Senate Majority Leader, in 2013 before retiring rather than face a primary challenger backed by Americans for Prosperity.
• “The alliance of money and the interests that it represents, the access that it affords to those who have it at the expense of those who don’t, the agenda that it changes or sets by virtue of its power is steadily silencing the voice of the vast majority of Americans … The truth requires that we call the corrosion of money in politics what it is – it is a form of corruption and it muzzles more Americans than it empowers, and it is an imbalance that the world has taught us can only sow the seeds of unrest.” – Secretary of State John Kerry, in 2013 farewell speech to the Senate.
• “I think it is because of the corrupt paradigm that has become Washington, D.C., whereby votes continually are bought rather than representatives voting the will of their constituents. … That’s the voice that’s been missing at the table in Washington, D.C. — the people’s voice has been missing.” — Michele Bachmann, four-term Republican congresswoman from Minnesota and founder of the House Tea Party Caucus, in 2011.

• “The banks — hard to believe in a time when we’re facing a banking crisis that many of the banks created — are still the most powerful lobby on Capitol Hill. And they frankly own the place.” –

• “There is no question in the world that money has control.” — Barry Goldwater, 1964 GOP Presidential nominee, just before retiring from the Senate in 1986.
• ”When these political action committees give money, they expect something in return other than good government. … Poor people don’t make political contributions. You might get a different result if there were a poor-PAC up here.” — Bob Dole, former Republican Senate Majority Leader and 1996 GOP Presidential nominee, in 1983.
• “Money is the mother’s milk of politics.” — Jesse Unruh, Speaker of the California Assembly in the 1960s and California State Treasurer in the 1970s and 80s.
• “There are two things that are important in politics. The first is money and I can’t remember what the second one is.” — Mark Hanna, William McKinley’s 1896 presidential campaign manager and later senator from Ohio, in 1895.
Again, please leave other good examples in the comments or email them to me at any time — I’ll keep updating this indefinitely. I’m looking specifically for working politicians (rather than pundits or activists) who describe a tight linkage between money and political outcomes (as opposed to something vaguer).
The Intercept_
For those who still think that the personalities below are beyond reproach, they can participate in our little mock voting for next year’s US elections.
[polldaddy poll=”8947510″] [polldaddy poll=”8885609″]
Thank you very much for participating.