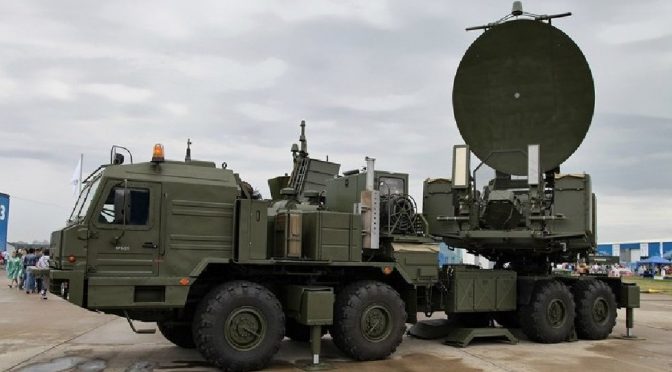 As you might already know, two chemical storage facilities in China were hit with space launched bombs while she was playing with her yuan currency lately. As expected, Russia is not taking these attacks against a BRICS partner lightly.
Said attack is now confirmed to be nuclear in nature.

So, while China continues to batter the fiat economy of the Khazarian Mafia, Russia upgrades its highly advanced military infrastructure even more.

09:19 25.08.2015(updated 10:32 25.08.2015)
ZHUKOVSKY (Sputnik) — A new multilevel system of electronic warfare, designed to counter means of air and space attack, will be tested in Russia in 2015, adviser to the deputy head of Russia’s Concern Radio-Electronic Technologies (KRET) said Tuesday.
“KRET plans to begin this year, and end next year, state testing of a fundamentally new system of electronic warfare, aimed at jamming the most modern means and systems for air and space attacks,” Vladimir Mikheev told RIA Novosti.
sputniknews.com 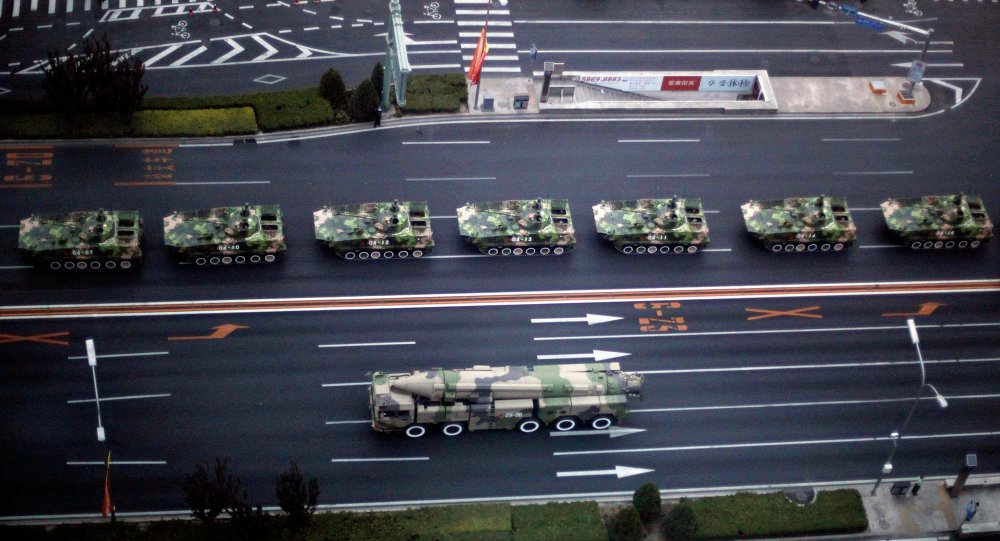 China’s newest and deadliest weapons, including the most lethal ICBM in Beijing’s arsenal and an aircraft carrier killer, could be spotted for the first time during a rehearsal for the military parade commemorating the 70th anniversary of the end of World War II.

“Look out, China military watchers. Beijing seems to have displayed some of its most impressive missile technology – technology that would be used to keep the US Navy at bay in the event of a military conflict. And if all works out, we might just get an up-close look in the days to come,” defense analyst Harry Kazianis noted.

Tiananmen Square spruces up with new attractions in the centre and bleachers at north end for the Victory Day parade~ pic.twitter.com/qyBMSn7jZ5

The grand military spectacle scheduled for September 3 will feature China’s cutting-edge armaments, including an array of missiles. In total, seven types of projectiles are expected to be paraded. Of particular interest are the DF-5 ICBM, the DF-26 intermediate-range ballistic missile and the DF-21D anti-aircraft carrier ballistic missile.

The DF-5, also known as the Dongfeng 5, boasts a maximum range of over 9,300 miles. In service since 1980s, the DF-5s were upgraded to carry multiple independently targetable reentry vehicles (MIRV) in 2015.
But it was the hypersonic DF-21D, dubbed “carrier-killer,” that caught Kazianis’ attention. Go no further to get a taste of what the missile is capable of:

The DF-21D “slams down on its target – an oceangoing vessel like an aircraft carrier – at speeds of Mach 10 to Mach 12. Most sources suggest the missile holds the ability to attack naval vessels up to approximately 1,000 miles away, outranging by many times the strike range of all US aircraft aboard existing carriers,” the analyst wrote in an article titled “On Display: China’s Master Plan to Sink the US Navy.”

The DF-26, an upgraded version of the DF-21, is said to be capable of reaching the US island of Guam which hosts several American military installations.
Beijing is making a break with the traditions by displaying its best armaments. Until now the country refrained from showcasing what the Chinese media referred to as “sensitive” weaponry. The move exposes “China’s greater confidence in its military strength … and [projects an image] of a responsible world power,” high-ranking military official Shao Yongling told the Global Times.