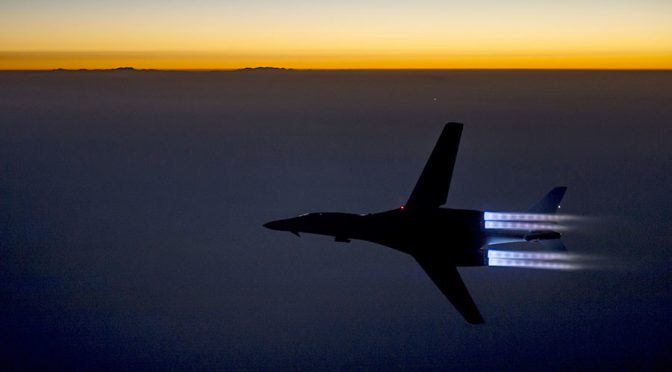 Once again, the United States hypocrisy is being manifested in Syria as one of its fighter bombers hit a Syrian position protecting civilians in Syrian province of Deir Ezzor, killing 1 soldier and critically wounding half dozen others on Sunday evening.

We consider this as not just a technical problem of intelligence itself but a total misguided effort to sabotage the combined efforts of Syria, Russia and Iran to get rid of CIA terrorism from which was unleashed upon the region only for the sake of a planned Qatar based gas pipeline towards Europe.

Leith Fadel
For the first time since the U.S. President Barack Obama announced an aerial campaign against the Islamic State of Iraq and Al-Sham (ISIS) in Syria, the Anti-ISIS Coalition of predominately Arab states have struck a Syrian Arab Army (SAA) camp in the Syrian province of Deir Ezzor, killing 1 soldier and wounding half dozen others on Sunday evening.
According to a military source from the Syrian Arab Army’s 104th Airborne Brigade of the Republican Guard, a U.S. warplane struck the military camp belonging to the SAA’s 137th Artillery Brigade (17th Reserve Division) in the village of ‘Ayyash, killing 1 soldier instantly and leaving 6 soldiers in critical condition – including an officer.
The Syrian Arab Army’s 137th Brigade has been protecting the civilians in the village of ‘Ayyash from the swarming ISIS fighters that are attempting to break into the provincial capital of the Deir Ezzor Governorate from the northern flank; this airstrike only boosted ISIS’ positions inside this village and the nearby broadcast tower.
As of now; it is not clear who the U.S.-led Anti-ISIS Coalition aircraft meant to target, but it was clear to the Syrian Arab Army soldiers that the airstrikes were inaccurate and lacked logistical comprehension of the ground situation in the Deir Ezzor Governorate.
http://www.almasdarnews.com/article/us-led-isis-coalition-hits-a-syrian-army-camp-in-deir-ezzor-1-soldier-killed/


Damascus has labelled as an “act of aggression” the US-led coalition’s missile strike which killed three Syrian soldiers at an army base in the Deir ez Zor province.
On top of the fatalities, 13 personnel were injured and a number of military vehicles were destroyed when warplanes fired nine missiles at the Saeqa military camp.
The incident is the first of its kind since the coalition started to bomb Syrian territory more than a year ago, though the US-led alliance continues to deny it carried out the airstrike.
“Syria strongly condemns the act of aggression by the US-led coalition that contradicts the UN Charter on goals and principles. The Ministry of Foreign Affairs has sent letters to the UN Secretary General and the UN Security Council,” Syria’s SANA news agency quoted the country’s foreign ministry as saying.
Coalition spokesman Colonel Steve Warren has insisted, however, that the only airstrikes in the area were delivered some 55km away.
“We’ve seen those Syrian reports but we did not conduct any strikes in that part of Deir ez Zor yesterday. So we see no evidence,” he said.
The Deir ez Zor province is situated in eastern Syria, and is largely controlled by Islamic State (IS, formerly ISIS/ISIL). The region is of significant strategic importance to the terrorist group, as it contains a number of oilfields, which are a major source of revenue for IS.
On November 24 a Turkish Air Force F-16 jet shot down a Russian Su-24 bomber over Syria. Ankara claims the Russian plane briefly crossed into Turkish airspace. One of the Russian pilots was killed by Syrian rebels as he ejected from the stricken plane, while the other was rescued in a swift operation during which one Russian serviceman was killed.
The downing of the bomber by Turkey came after a successful Russian bombing campaign against ISIS oil infrastructure on the Syria-Turkish border, and was seen as revenge. Putin described the act as “a stab in the back” and accused Erdogan of benefiting from the illegal oil trade with IS and financing the terrorists.
Russia has been conducting airstrikes targeting IS and other terrorist groups in Syria since September 30. The strikes were launched after a formal request from Damascus. Russian jets have been carrying out sorties from Moscow’s Khmeimim Air Base in Latakia.
The US-led coalition’s airstrikes in Syria are in fact illegal, as it has never received permission from Syrian President Bashar Assad to enter the country’s airspace. In response to the UK’s decision to join the bombing campaign in Syria, Assad reiterated in an interview with the Sunday Times that the presence of Britain in Syria is unlawful as neither Damascus nor the United Nations have given London the green light to bomb Syrian territory.
“It will be harmful and illegal and it will support terrorism, as happened after the coalition started its operation a year or so [ago], because this is like a cancer,” Assad said.
https://www.rt.com/news/324940-syrian-army-coalition-strike/