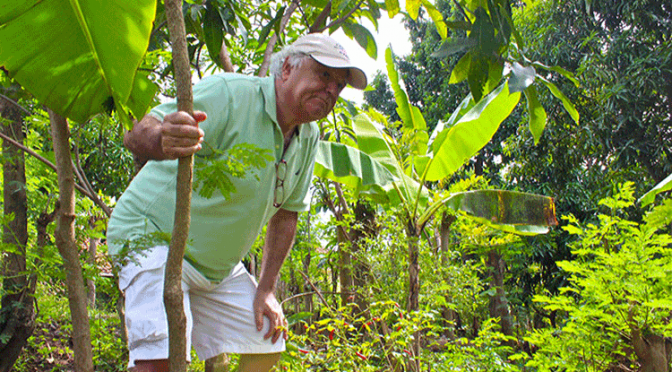 “With the revelation of Neil Keenan assuming the position as M1/N1, once again we find ourselves answering unnecessary questions.  It is quite revealing that the loudest backlash to this news has been from those individuals who have not done one thing toward making the world better – not one overt action to improve humanity’s condition.
They look for a handout no matter from which direction it comes.”

Better Late Than Never: In the Nick Of Time!
With the revelation of Neil Keenan assuming the position as M1/N1, once again we find ourselves answering unnecessary questions.  It is quite revealing that the loudest backlash to this news has been from those individuals who have not done one thing toward making the world better – not one overt action to improve humanity’s condition. They look for a handout no matter from which direction it comes.
So let’s focus on action, a Timeline we put together which includes some history leading up to many events which Neil Keenan and Group K not only participated in but also created and even warned about to help avert disasters, some of which would have been catastrophic.  This may be an eye-opener for many who are only aware of Neil’s lawsuit, and also for those who talk of things they know nothing about.
It was coined best when Neil was called a “one-man wrecking crew”:  all action, never quits, might get knocked down but always gets back up.  But you can’t keep a good man down.
The Timeline – Walking the Talk
The following historical Timeline details some of Neil Keenan’s and Group K’s achievements.  Their actions and intents have led to certain events, and in turn set off related chains of events in which Neil and his Team have intervened to assist us all (even while we were sleeping).
Below are just a few abbreviated highlights of the work that Neil has accomplished.  With reading the full document, your own due diligence will disclose that Neil Keenan has been providing ground-breaking changes and exposure of world events and conditions, and that he has been “body-and-soul active” in effecting significant change on this planet:
2008: Neil Keenan authorized to represent Dragon Family assets given to him
2009: Keenan personally accepts custodianship of the Federal Reserve Notes
2011: Keenan issued POA from Dr. Edy Seno Soekanto
2011: Keenan’s landmark “Monaco Accords” meeting of 57 global ministers
2011: Keenan files “Trillion Dollar Lawsuit” for the return of the stolen bonds
2012: Keenan files Liens Against G7 Central Banks & 12 banks of the FED
2012: Keenan Brings Down A Few At The Top: Prime Ministers and 1 Queen
2013: Keenan reports that Patriots stopped a plot to detonate nuclear warheads
2013: Keenan goes to a banking capital and meets with Cabal Chieftans
2014: Keenan exposes the IRS as a foreign entity
2014: Keenan’s proposal for the “No-Fly Accords,” international no-fly zones
2014: Keenan prevents quadrillion dollar deal between Sultan of Sulu & Vatican
2014: Keenan exposes the biggest gold heist in history taking place in S. Korea
2014: Keenan prevents Japan from invading Indonesia in an attempt to steal gold
2014: Keenan exposes Clinton Foundation plot to overthrow Indonesia
2014: Keenan is first Westerner to enter a wealth repository “bunker”
2014: Keenan issues “Cease and Desist” notice to the US Corporation
2014: Keenan exposes  Cabal’s expanding plan to take gold from Thailand
2015: Keenan announces Book of Codes & Maklumat to suitable recipient(s)
2015: Keenan reports Intel on Germanwings crash shot down by US / NATO
2015: Keenan exposes World Economic Forum (WEF) being held in Jakarta
2015: Upon signing the documents, Keenan will be known as Number 1 (N1 of the GCA)
Click on the link below to read the full history and timeline of events:

[ This information comprises an entirely new section of the website, accessible from the main navigation bar ]

Quote from a high-ranking Pentagon official: “This small group of ragamuffins known as Group K, has actually done more than what it would cost us and our agencies  to do – in the 100′s of millions of dollars.”
Whereas the major nations have been tearing the world apart, the “seamstresses” at Group K have been busy sewing it back together into one.
While the Cabal is orchestrating major nations to confront each other in the greatest power struggles ever staged on this planet, they neglect to pay attention to a small group sneaking through a crack and tearing down their foundations.  This is our window of opportunity — and we always take advantage of our advantages.
The conclusion to this Timeline is in process.  The Elders have patiently waited a hundred years and finally they will see the assets put to work as they were meant to be upon the signing of the Bretton Woods Agreement.
Now the Elders will be able to hold their heads high amongst their country’s and the world’s peers, and at long last can say what no one else in the history of the assets can say:  “We have finally done it!”  They have found who they term is their chosen one, their “Number 1,” who will lead the way to fulfilling their visions and dreams.
As we await the “final” events to be added to this Timeline, all of these efforts can be clearly seen for what they are – protecting humanity, expanding awareness of what’s truly happening on the planet and interacting with those who are in the position to make worldwide changes.
All of this work has come at great personal cost to Neil and also to the Team.  By example, this is what can be done toward making this world one in which we thrive without enslavement and sanctioned annihilation.
We do what we do because this is who we are.  This is not about the great pot o’ gold at the end of the rainbow.  This is about our birthright and the solid path we put into place so that others can follow and support.
When those who cry out in helplessness declare “Nothing’s happening!”, we invite readers to become aware of what has transpired over the years.  It is our hope that your awareness will inspire and motivate many more to join us along this very hard-won path that Neil and the Team have carved out for the people and the planet.
In celebration of the upcoming holiday and the new year ahead, we wish Peace, Love, Joy and Goodwill to all!

8 thoughts on “The Neil Keenan Timeline”