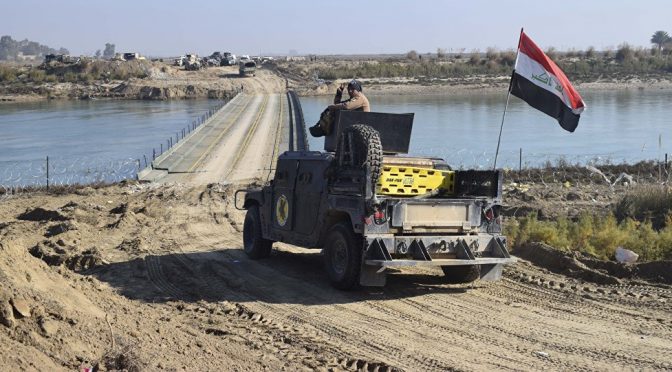 Two hours ago, BBC reported that the Iraqi Army has recovered government compounds from Islamic State [Daesh]. A mopping operation was then initiated to continue flushing out the terrorists.

Now, the Iraqi Army has announced full liberation of a critical city linking Islamic State’s capital Raqqa in Syria where the flow of illegal oil from Iraq was also routed in its heyday.
The Russians continue to bomb ISIS living pipeline forcing the terrorist to open new routes. One of those new routes which the Turskish Army is protecting is that one near the city of Mosul Iraq, where the Iraqis are complaining when the Turks did not pull out their forces completely, as earlier reported.
Erdogan replied by offering “help” to liberate Mosul from ISIS.

13:39 28.12.2015(updated 13:59 28.12.2015)
Iraqi forces have raised the country’s flag above the recaptured government compound in the city of Ramadi.
“The city of Ramadi was liberated, the Iraqi Armed Forces have raised the Iraqi flag above the government compound in Anbar. With the help of Allah, we will liberate the rest occupied cities,” a statement obtained by Sputnik said.
On Sunday, media reported that the Iraqi military had managed to establish control over a government compound in the central Iraqi city of Ramadi, previously used by Daesh.
Last week, the Iraqi armed forces began an operation to liberate the center of Ramadi from Daesh extremists, who have occupied the city since May. According to Iraqi intelligence, around 250 to 300 radical Islamist militants had been holding central districts of the city.
http://sputniknews.com/middleeast/20151228/1032398231/ramadi-iraq-liberation.html
“We believe that we do have full control of the centre of Ramadi,” Muhannad Haimour, spokesman for the Anbar governor, told the BBC.
“But we’re being very careful in declaring victory until we have an official announcement from the prime minister’s office.”
Mr Haimour said that would mean that area had been cleared of explosives, adding that officials now believed that IS militants were not “capable of launching any attacks on the security forces”.
The spokesman described the remaining pockets of resistance as “very weak”. 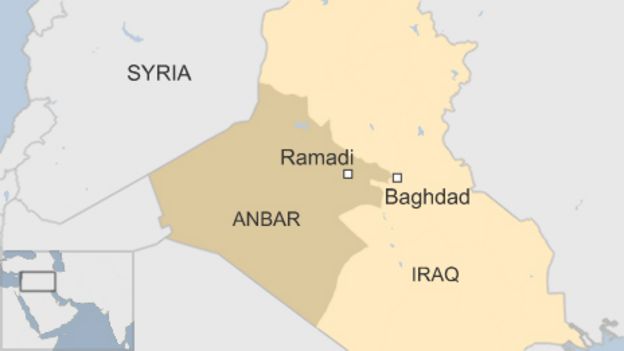 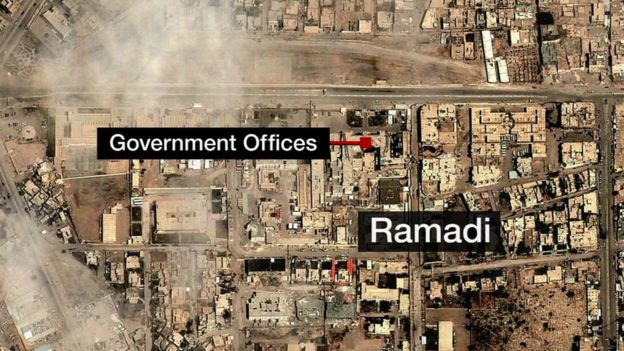 In recent days, troops have been picking their way through booby-trapped streets and buildings as they pushed towards the city centre, seizing several districts on the way.
Iraqi soldiers moved in to retake the former government compound on Sunday after sniper fire stopped and aerial surveillance detected no human activity.
An Anbar security source told the BBC on Monday that Iraqi forces had taken over the complex completely, finding “nothing but rubble and earth mounds, as most of its buildings were blown up” by IS.
The source said it might still be a few days before “full liberation” of the city is declared.
Analysis: Thomas Fessy, BBC News, Baghdad
Controlling this compound is key to retaking Ramadi. Iraqi soldiers are slowly clearing it as they fear it may have been rigged to explode.
Troops are also busy in the surrounding neighbourhood, where pockets of resistance remain.
The authorities will hail this week’s offensive as a success – in stark contrast with the security forces’ hasty retreat from Ramadi last May.
However, it took months to mount this ground campaign, in co-ordination with coalition air strikes.
There had been no clear indications of the number of IS militants who had been defending the city, although some reports put it at about 400. No official toll of Iraqi army casualties has been given.
The Iraqi military believes the remaining militants have headed north-east. Fighting is also reported south-west of the compound.
Concern remains for hundreds of families trapped on the frontline. Although the situation on the ground remains unclear, AFP news agency reported celebrations on the streets of a number of Iraqi cities.
The operation to recapture Ramadi began in early November, but made slow progress, mainly because the government chose not to use the powerful Shia-dominated paramilitary force that helped it regain the northern city of Tikrit, to avoid increasing sectarian tensions.
http://www.bbc.com/news/world-middle-east-35186105

One thought on “Iraqi Army Liberates Ramadi from ISIS”