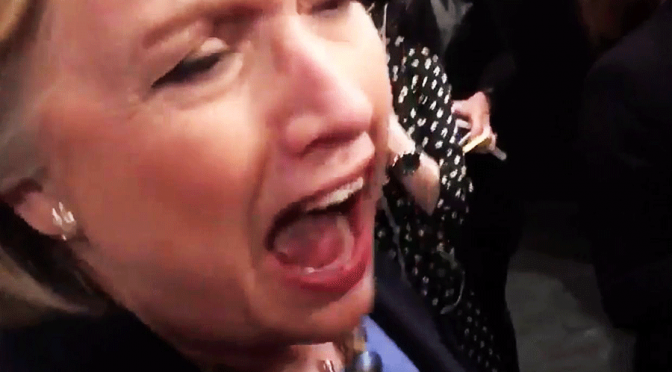 Hillary is sick, literally and figuratively, and her handlers are having a hard time keeping her standing at the podium, as much as keeping her campaign platforms and public service records as Secretary of State survive public scrutiny.

Some medical practitioners are claiming she may only have a Parkinson’s neurodegenerative disease, but  having known her propensity towards military solutions to every geopolitical and geo-economic hiccups everywhere, she must be suffering from a much graver condition.

Whatever Hillary Clinton is suffering with, America cannot allow to trust the nuclear codes to an unstable sociopath, nor to a stable bigot either.
Although, some say the White House is already a mental asylum considering the slew of destructive foreign policies which came out of it for the last 100 years, or longer, so either of them there should feel right at home.
However, we do believe that the world would be a lot safer entrusting the next US administration to a candidate espousing green industries to generate employment under the false mantra of global warming, or climate change battlecry, rather than those who profess the same indignation of the status quo yet cannot articulate in calculable and verifiable terms the alternative solutions to the current economic conditions.

15 thoughts on “Is Hillary Clinton Fit for the White House, or The Mental Asylum?”