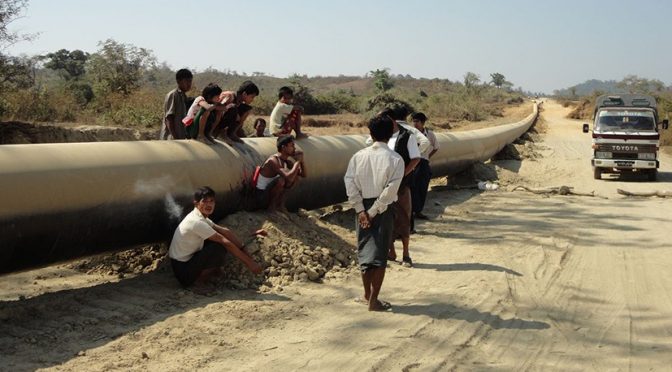 “Buy when there is blood on the streets, even if the blood is your own.”
– Nathan Mayer Rothschild of the House of Rothschild, one of the family bloodlines that controlled the East India companies.

What one should understand is that a crisis just doesn’t take a toll on the infrastructure and human lives but it also ruptures the economy and puts the country in huge debt. And it is through this debt that the global players dictate their terms to sovereign nations for decades or even centuries if there is no course correction. That is the reason why both Ukraine and Greece appointed Rothschild as their debt adviser to assist with their growing debt crisis.
Lesson for India

What he means by Sudarshan Chakra is to sell off Indian PSU Banks to foreign players via #PARA, as we report here https://t.co/ucCH8U3wek

Even India is hunting for a solution to its Bad-Debt Crisis (read the corporate loans that state-owned banks wrote off, which were taken by arousing nationalistic sentiments in the media) which is a Rs 1.14 lakh crore (this is a conservative figure) scam as we explained in our special Demonetization issue War on Cash. However, a solution has already been prescribed by the deputy governor of Reserve Bank of India, Viral Acharya. His solution is to simple sell-off state owned units to foreign players bankrupted in the 2008 crisis. You can read all about it here – PARA – A New Central Bank For Strategic Sale Of India.
These Money Masters doesn’t lose anything in case the situation escalates and war erupts between China and Myanmar, infact they have everything to gain from it; just like they had everything to gain from the Russian-Ukrainian conflict. Educated folks call it Balance of Power. It is through this same strategy of Balance of Power that even the India-China conflict is being orchestrated. But we don’t have to rely on war to be in debt, our policy makers are already doing a good job at it. We are already in the midst of a major crisis, be it agriculture, economy, civil society and press or defense and security. This is the direction our policy makers have set for us, and it leads directly to destruction, unless we do a major course correction.
Could such a crisis be orchestrated in India?
This is the hypothetical question we raised after Liquor baron Vijay Mallya was allowed to flee India to take refuge in London. This was not the first time a person fleeing local law in foreign countries had taken shelter in London. Since decades, high-profile foreign offenders with considerable wealth have found refuge and a safe place to park their assets and enjoy a peaceful life in Britain.
Similar is the case of Russia. Immediately after the collapse of the Soviet Union large-scale privatization of state-owned assets was implemented. From Glasnost and Perestroika (liberalization and privatization or globalization) – the tools created by the East India Company for enslavement of their colonies (known at the time as Free Trade) emerged the Oligarchs – who amassed vast wealth by acquiring state assets very cheaply (or for free) during the privatization process.
After coming to power Vladimir Putin set about on a massive purging of these oligarchs from Russia, the power struggle that continues to this day. The most famous case is that of Mikhail Khodorkovsky. In 2003, Khodorkovsky was believed to be the wealthiest man in Russia (with a fortune estimated to be worth $15 billion) who accumulated considerable wealth through obtaining control of a series of Siberian oil fields unified under the name Yukos, one of the major companies to emerge from the privatization of state assets during the 1990s. Khodorkovsky was later backed up by Henry Kissinger, George Soros and Rothschilds as a candidate to run for a Presidential election against Putin as well as for an attempted revolution.
Also read: What Has A Secret Account In Rothschild Bank To Do With The Kingfisher Deal?
UK has been traditionally the largest sanctuary to not just money launderers and fraudsters but foreign terrorists and extremists as well. Everybody, who is somebody in the world of terrorism, has found a rear base in the UK.
There are as many as 131 pending pleas for extradition of wanted criminals from Britain by India alone.
Below are just some of the cases of individuals wanted in India and living in Britain:

Even MQM leader Altaf Hussein resides in London, under the protection of the British government, which has refused Pakistani government requests for his extradition to face trial for murder.
Last year, Khodorkovsky said Open Russia (a George Soros funded organisation) would provide logistical backing to 230 candidates running from various opposition parties or on independent tickets in September from the headquarters of his Open Russia foundation in London. With rise of Indian Oligarchs increasingly finding asylum in Britain, is it a far-fetched scenario for India as well when these Indian Oligarchs would be used for inciting revolution in India or even orchestrating elections – that is in case India goes for course correction?
Even so, there is a way to avert such a scenario as well as the impending crisis. After Putin kicked them out of Russia the same Oligarchs setup shop in India under the same tried and tested ideology of enslavement – Glasnost and Perestroika (called in India as Liberalization and Privatization) during the 90s. It is this group of Oligarchs or Robber Barons (as they are known in the United States of America) that is still operational in India. What our intelligence agencies should be doing instead of spying on opposition political parties and depending on foreign agencies for information and direction is to track this shadow network and dismantle its grip on India as was done in America (the process that still continues to this day).