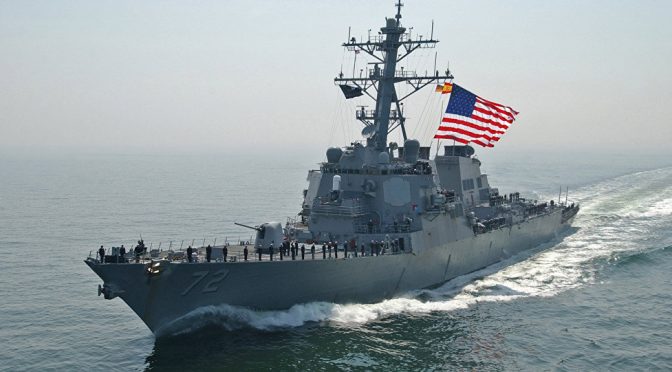 The US President Donald Trump is not fully in control of the US policies in the Middle East and the continued presence of US forces in Syrian grounds may complicate Russian-Syrian operations to recover Idlib province from the CIA terrorists.
China’s entry into the war with more troops to eradicate the Uyghur’s threat on its own border where the CIA is planning to relocate their terror assets should send a strong message to the White House that the game it is playing will not be tolerated anymore.
So far, the US Pentagon’s response is to launch a naval military drill in Persian Gulf, and multiple airstrikes on Deir ez-Zor with banned phosphorous bombs to send a message to Idlib residents about the impending carnage that will happen should their own government and allies initiate an armed confrontation with terror assets in their turf.
This is an age old strategy employed mostly by street thugs to subdue the stronger opposition by hurting those whom the latter wants to preserve and protect.
Organized intelligence veterans have spoken out to warn Trump of an impending catastrophe that has the potential of escalating beyond Syria.

Moscow Has Upped the Ante in Syria – Consortiumnews

13 thoughts on “Russia US Direct Confrontation Looming in Syria”