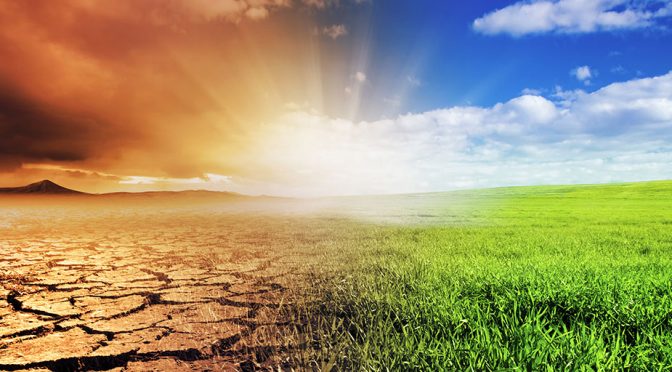 GlobalIntelHub.com New York, NY — 2/12/2020 — The US Military has become an entity with a mind of its own; despite efforts to curtail it’s expansion by activists and politicians, it continues to grow.  Years ago a small problem arose that posed an existential threat to the system, the enemies were all defeated.

The real hero of the Cold War is Richard Nixon, and his mentor Henry Kissinger, who created a financial system whereby the US Dollar was backed by bombs only, which allowed the USD to expand its balance sheet with no accountability.  This ultimately allowed the US to outspend the Soviets and other enemies into oblivion, and the strategy finally worked.

With the elimination of real enemies, the strategy planners inside the DOD knew they needed to create more enemies, and thus the ‘terrorist’ was born.  Now that terrorists have been defeated to the point of irrelevancy, we need new and modern enemies to fight.

Enter where we are now, an age of weaponized weather and biowarfare, cyberwar and other forms of information war.  Let’s first discuss Bioweapons, and how it pertains to Coronavirus.  The US Military has been spending billions on Bioweapons (both offensive and defensive) for the last 20 years.  We’re not going to quote numbers as part of the budget is likely part of the ‘black budget’ but some estimates have it as high as $100 Billion over a period of 20 years.  There are thousands of scientists working on various forms of biowarfare.  So the question remains, if they are spending all this money, what are they doing with it?

For those who understand the US Government budget policy in general, there is a ‘use it or lose it’ ethos which means if you don’t buy new computers every year your budget will be cut.  If you don’t spend allocated funds they will be cut.  So they spend them to the max, often some of the funds go towards ‘justification research’ to justify, perhaps in front of Congress or in a public report, why the spending is ‘vital to national security.’

But with Coronavirus spreading around Asia, a more deadly and more disruptive force is being overlooked: Weather modification.  Climate Change is real but it’s not due to factors that are commonly believed (factories, traffic, cow farts).  Climate Change is the scapegoat for what’s really going on: Weather Wars, weather modification, terraforming, and manipulation of the entire planet on a biological and chemical level.  As you will see, this is intertwined with Coronavirus in ways you wouldn’t at first imagine.

If you believe in fairy tales including what’s on TV, you can stop reading now as this will only damage your brain and may cause you to seek medical help.  WARNING: PARENTAL DISCRETION ADVISED.

The US Military spends billions on R&D development through front end organizations like Darpa, InQTel, Navy Research (ONR), just to name a few.  You may be surprised to learn that they not only develop technologies, but also patent them, sell them at a profit, and even participate in Venture Capital.  Inside Silicon Valley there has been a program since World War 2 that drip-leaks next generation technology to Silicon Valley after it no longer has Military use (or when it’s no longer a strategic advantage, such as the internet).  One of the most well known operations is the Parc labs, currently owned by Xerox.

Technologies leaked to corporate America include the microprocessor, kevlar, lasers, fiber optics, the ‘mouse’ GUI system for personal computers, and many more.

The 90’s was a success not because of Bill Clinton, it was because of a number of global geopolitical factors such as the fall of the Soviet Union, and the deregulation of the internet and proliferation for civilian use.

Let’s look at some notable patents held by the US Military apparatus.  The NSA has patented thousands of encryption technologies, but the most ironic patent held is SHA 256 encryption algorithm, the technology that is behind Bitcoin.

Or perhaps it’s not so ironic, perhaps the NSA was funding Bitcoin as a surveillance mechanism all along, as it has recently been revealed the CIA owned one of the world’s most well known encrypted communications services based in Switzerland, Crypto AG.

If you believe this is ‘contrails’ from a plane, here’s an explanation from an expert:

For the record, all US military jet air tankers and all commercial jet carriers are equipped with “Hi Bypass Turbofan” jet engines which are by design nearly incapable of producing condensation trails except under rare and extreme conditions. The trails we increasingly see in our skies are the result of sprayed dispersions related to climate engineering, not condensation.

You can self-verify this for yourself.  Watch the plane and the sky afterward.  If it’s a ‘contrail’ the sky will stay blue.  If it’s not, you’ll see the following progression:

The trails behind the plane will sink and become ‘fat’ until they look like clouds, and finally they will cover the whole sky.  So what? you’re probably thinking.  Let’s just consider a few factors about this:

Ironically, for the past 30 years or so, US enemies have faced complete droughts, whereas farmlands in USA have received consistent rains.  Let’s look at another ‘coincidence’ – North Korea faces food issues due to lack of rain:

The South Korean Yonhap news agency reported that on Friday, North Korea’s Rodong Sinmun newspaper—the official publication of Kim Jong Un’s ruling party—blamed the ongoing drought on lower than expected levels of precipitation, which the United Nations said has put millions in urgent need of food aid. The Rodong Sinmun said North Korea received just 56.3 millimeters (2.21 inches) of rain or snow from January to May 15, the lowest amount since 1917.

The North Korean famine has been an ongoing crisis since the 1990s.

Rain is not the only weather weapon it’s just a bright example.  Because God is the perfect alibi.

Also, it is possible to generate earthquakes by projecting energy via microwave beams at faults ready to rumble.  This is most noticeable in Haiti, where there is evidence of a planned, coordinated attack using God as an alibi:

Since the late 1970s, the U.S. have made tremendous progress in their seismic weapons research and, according to these Russian sources, currently employ devices based on Pulse, Plasma, Electromagnetic and Sonic technology combined with shock wave bombs.  The report further indicates that the ultimate goal of these tests is related to plans which foresee the destruction of Iran through a series of earthquakes designed to neutralize the current Islamic regime. According to the report, the system being tested by the United States (HAARP, for High Frequency Active Auroral Research Program) is also capable of creating weather anomalies which cause floods, droughts and hurricanes [2]. According to a previous report, the available data coincides with the one associated with the 7.8 magnitude earthquake that struck Sichuan (China) on 12 May 2008, and which was also caused by electromagnetic waves emitted by HAARP.

That leaves us with the biggest of them all, Hurricanes.  If you look the path of Dorian, which wiped out the Bahamas, it was headed exactly for Trump’s Mar-a-Lago resort, and then turned, went north, and didn’t destroy a single sandcastle in the US.  Microwave towers in northern Florida can be seen blasting the storm away from US shores.  See this evidence from Florence.

Hurricanes are not natural anymore, nothing is natural anymore.  We’ve started geoengineering the planet on a scale so large, we have started an irreversible process with unknown unintended consequences.

Now we have gone through the hows, let’s look at the whys.

The first simple answer is as any motive is likely to be:  MONEY.  But there is a second and perhaps more relevant motive, POWER.  He who controls the skies, controls the planet (literally).  Weather does play a role indirectly in the spread of Coronavirus.

Not only that, there is the possibility of using weather weapons either as an offensive (infecting) or defensive (inoculating) military strategy.  He who controls the tools, wins before the battle begins.  Unfortunately for the Chinese, they didn’t read enough Sun Tzu (who was Chinese).

Decades of Chinese abuse toward their American enablers, theft of Intellectual Property, stealing of American culture, and an intolerable attitude towards US requests, led to a climate of revenge.  Whoever is behind the Coronavirus attack, what’s clear is the US has a massive strategic advantage to combat any scenario on a global scale.  But this isn’t about US vs. China which is a side issue, this is about One World Government – in which China and Russia do not participate.

The WHYs suddenly become clear when you can damage any nation if you control the weather.  It’s undetectable, like the Coronavirus – and it is deniable.  In a court how could anyone prove anyone released the virus by plan?  Impossible.  This is the new type of warfare.

As an added bonus, Democrats can garner political support with ‘Climate Change’ activists, knowing very well (most of them, at least) that it is the deep state and corporate America doing the changing.  ‘Geo engineering’ activists should be good friends with the Climate Change activists as they both want to stop climate change but one has false pretenses.

Also, consider how it makes people feel – weather simply affects everyone in the ecosystem, even if you never leave your house!  Snowstorms, floods, pollen, crops, transportation, the flu – it’s all from the weather.  Weather can determine the price of commodities, can make or break a tourist economy, it can rain on your parade (side note, has anyone noted the amazing weather on Federal holidays last few years?)

Tanks are a thing of the past, the new battlefield is an information war (PsyOps), with overlay of biological/chemical warfare, mixed with geo-engineering.

This site is a great resource on the topic: https://www.geoengineeringwatch.org/

One thought on “Manufactured Weather is the New Battlefield”