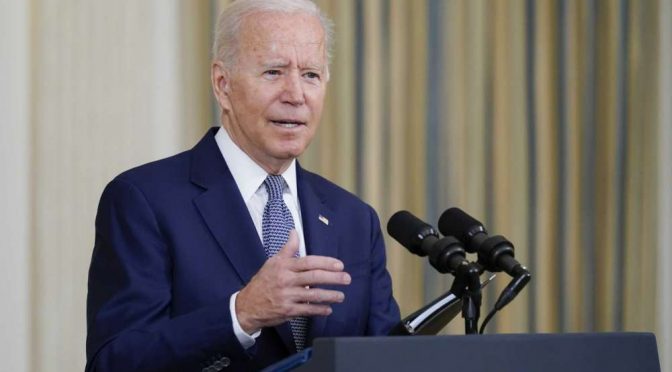 To recover politically Biden and his team must do something kinetic that will be cheered on by the public, which means risky or particularly bold.

The evacuation of Americans and at least some vulnerable Afghans from Kabul has ended without further mishap, though questions remain about who might have been left behind in the poorly planned and executed operation.

A badly damaged President Joe Biden has sought to regain the high ground by swearing vengeance against the presumed perpetrators of the suicide bombing that killed 13 American marines and sailors and the Pentagon has already claimed the assassination by drone of two possible accomplices. But exactly how additional retribution will play out given the absence of any significant applicable military resources in the states surrounding landlocked Afghanistan is not clear.

Some are even questioning the attribution of the attack to a group identified as IS-Khorasan, which, it is claimed, has taken credit, even suggesting that there were others who might have benefitted from a signal being sent to the departing United States as well as to the Taliban, which is struggling somewhat to form a viable and recognized government.

At a minimum, security screening by the Taliban on their side of the airport would seem to have been either lax or deliberately porous. As far as is known, Taliban irregulars and their allied militiamen from the Haqqani group provided the security screen that might have been able to identify and isolate suicide bombers as they approached the entrances to the airport.

Indeed, there should have been a high alert status in place as there had been multiple warnings about a possible bombing atempt, apparently based on highly reliable intelligence that was fully shared with the Taliban.

The Taliban denied any role in the bombings and it is being widely reported that they are enemies of the IS-K, making the attack an internal matter between Afghans and an international group of terrorists, but that judgement is not exactly cast in concrete.

One assumes that as there was solid intelligence on the impending attack, it would be helpful if it were to be made public to enable one to review some of it, if only to provide some clarity as to who was behind the bombing. Otherwise, the U.S. national security state will yet again respond with force and will be tasked with going around the world searching for dragons, which would serve no interest apart from the desire for revenge.

Retired U.S. Army Colonel Pat Lang, who has extensive experience in counterterrorism in the Middle East and Central Asia and is a keen observer of developments in Afghanistan, suggests that there has been a historic “willingness of the jihadi groups to cooperate…to demonstrate to the Islamic world what victory looks like. The jihadis hope this will generate a worldwide wave of recruitment and action that will cause the countries of the West to crumble as the Weimaresque Afghan government crumbled.

The Biden Administration clearly wanted to think that they could split off the Taliban from the other jihadi groups through their self interest in material goals such as international recognition, foreign aid money, access to the banking world, etc.

In fact the jihadis want the destruction of what I have described as the post Treaty of Westphalia world of rule bound nation-states in favor of whatever version of sharia they favor in a world wide ‘umma (Islamic theocracy) Do they believe that is possible? They do… Should we expect more and bigger attacks? We should.”

Indeed, Lang’s observation is supported by the developments that led to the U.S. invasion of Afghanistan in 2001 in the first place, where a Taliban government was accused of providing a refuge as well as other material benefits to Osama bin Laden and al-Qaeda.

Bin Laden, then as now, was widely believed to be behind the 9/11 attacks, though there is considerable and growing skepticism about what actually took place twenty years ago. Indeed, there have been persistent reports that the Taliban has been protecting and even cooperating with al-Qaeda affiliated remnants since then to this day.

So where will all of this go? First of all, one must reckon with the political aspect of what is taking place. Biden’s evacuation is now perceived very negatively by the American people, even if many agree that getting out of Afghanistan was and is the right thing to do.

Biden’s defense, which is being echoed by all the government players involved in the fiasco as well as the media, is that what took place could not have been foreseen. That is, of course, a lie as the intelligence was quite clear and has been accumulating for the past ten years regarding Afghan government corruption and the dismal condition of the country’s army.

Did no one in Washington read the doleful reports issued by the Special Inspector General for Afghanistan Reconstruction (SIGAR) or the CIA and Embassy sitreps?

To recover politically Biden and his team must do something kinetic that will be cheered on by the media and public alike, which means something risky or particularly bold. That is where the danger comes in. It means that there will be intervention or bombing somewhere and, unfortunately, the Israeli Prime Minister Naftali Bennett just happened to be in Washington late last week as the crisis in Afghanistan was unfolding and he undoubtedly gave Biden and Blinken advice, most particularly about Iran and a developing power vacuum in the region that the Iranians might seek to exploit.

Time to attack is now, per Bennett, but can a fearful and vulnerable Biden be convinced? One suspects we will have the answer to that very soon.