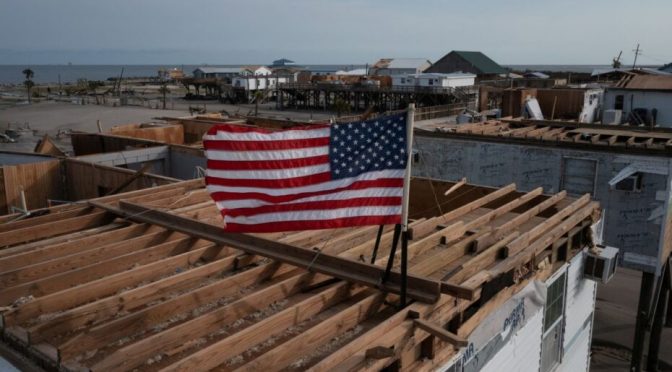 There is now an unprecedented spike in housing costs while COVID-19 has driven down the wealth of the average American.

Let’s begin our discussion of the next Housing Crisis with a relevant personal anecdote, that is a microcosm of what is happening all over the United States right now.

Some of my relatives made the wise decision to live within their means and build a smaller (by American standards) house in the early 2000s. They live in the Midwest which means there is generally plenty of space for a big house even within city limits. Mortgages and loans were super easy to get for even fantastically large sums of money at that time. So my kin were definitely in the minority in terms of choosing something smaller and affordable rather than a giant debt pit with a huge kitchen. In a region of America known for having a shockingly low average income of $20,000-$30,000 per year in the 2020s, the banks two decades ago were just throwing $300,000 worth of credit for McMansions to all-comers with seemingly little discretion.

When the 2008 Financial Crisis hit it was the McMansions that got seized first and foremost, whereas my relatives got through it relatively unscathed. It looks like across America some 10,000,000 homes were lost (or perhaps it would be better to say “transferred” to the banks) due to this crisis. Again, because of choosing to have low square footage my family members did just fine with their more reasonable payments, however something recently happened that should sound some alarm bells that a second crisis is nigh.

Image: It costs over a quarter of a million dollars to live in a relatively small stick-frame house in the absolutely most dangerous neighborhood in a city with no significant employment opportunities. Something is not right here.

My relatives were given an offer from a neighbor to buy their home at its value (the last time it was appraised before the Covid Pandemic) plus more than $100,000 on top of that. The explanation was that the offering party wanted to have their son or daughter move closer to them and they were willing to pay big bucks for any house on that particular street. My family members thought they had won the lottery. They ecstatically looked for smaller homes to buy, so they could sell theirs, pay off their current mortgage early and keep a hefty percentage of this seemingly massive overpayment living the rest of their lives debt free.

But to their surprise, besides double-wide trailers they couldn’t find anything to buy. Now even the price of a home, smaller than their already modest home, in the impoverished Rust Belt, now sells for the prices that the McMansions demanded before the 2008 Crisis. To be clear, a house at Pre-Covid value + $100,000 in that region, now cannot even buy a sanitary home that is one half its size.

Again, for foreign readers, the house in question is not a piece of real estate in Silicon Valley or Manhattan where insane sounding prices could be justified by elite salaries and the presence of successful entrepreneurs. No, this is in the part of America where making $15 an hour to sling pizzas is considered a “good” job, but this price hike is not isolated to my state of birth, this madness is happening across all of America, just take a look at the graph below.

It does not take an elite degree in economics to see that there is now an unprecedented spike in housing costs while at the same time, paradoxically, COVID-19 has driven down the wealth of the average American. It is true that building materials have become artificially expensive and that would reflect on housing prices, but in a nation that has so many homes, including abandoned ones, it is hard to believe that America is in a desperate shortage of housing, furiously building to catch up like the Soviets after WWII, who had all their villages bombed into the dirt by the Germans.

Panic is driving housing prices up in a few different ways. Americans are flipping out because of the supposed…

One of the key reasons that the 2008 Financial Crisis happened was because of the low interest rates on mortgages and inflated values of homes in connection with a lack of regulation over the financial world as a whole – and these exact same things are happening again right now in front of our faces. Just look at these interest rates.

It is not hyperbolic to say that they are “historically low”, because they are. The only difference is that in the past people were suckered into a McMansion while making $20,000 a year, now they will be suckered into a tiny house, trailer or grungy hellhole for the same price, that they will probably end up losing anyways when the crisis hits. Ranch-style homes in Texas far from major cities are starting to reach the $600,000-$700,000 mark which is simply unsustainable unless there are vastly more cattle and oil tycoons down there than we are aware of.

It simply does not require a genius financial mind or the word “Harvard” on your resume to see where this is going. We are again heading towards a housing crisis, only this time the bar is lower as the average American is getting less house and is paying more for it. Of course, the banks will “win” because whenever homes are lost they do not vanish out of existence, but get transferred to them the real lords of the realm so this won’t be bad for everyone, just almost everyone. The normies are doomed.

In a political context this repeating madness seems only to underline my belief that the arguments for small government are correct, but the problem is when government is both small and weak. This situation would not happen if those we elect were completely in charge of how America works systemically as a reflection of the will of the masses. The power that banks have may at times be overexaggerated by the conspiratorial types, but as we can see the nation is again being pushed down the wrong path and no one can stop it, meaning the benefactors of the coming crisis, the bankers, must have vastly more influence and power over Washington than anyone else, who would not benefit from this housing catastrophe.

2 thoughts on “Another Housing Crisis in America Is Coming”